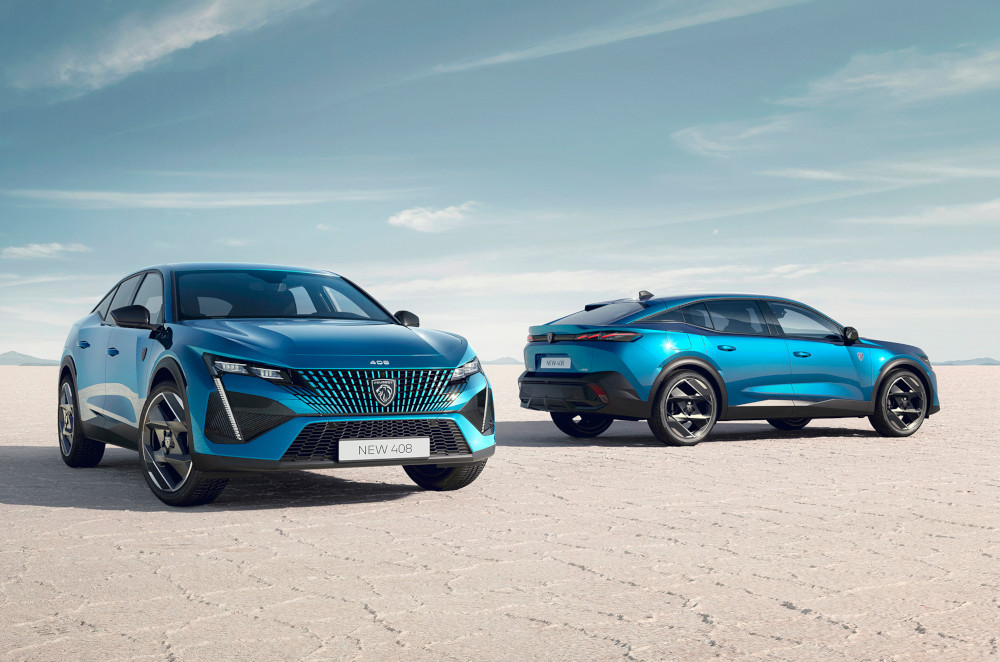 Teasers couldn’t quite capture the majesty of this big cat. The new 408 is officially unveiled and ready for your perusal. The global market’s treated to a new fastback from Peugeot, and it features a feline stance along with a unique allure that is sure to capture the imaginations of fans and would-be owners alike. The model also features intelligent electrification in its lineup, and also engineering excellence that’s focused on efficiency. The most striking feature of the new 408 would be the exterior design. Unlike other models in its lineup that either come in a hatchback or a sedan format, the 408 takes the best of both worlds and comes as a fastback. The roofline meets the tail end of the car, giving it a unique and novel look. Lines are all sharp, and the grille feature body-colored paint that blends in with the front end but gives it texture to avoid looking too flat. On top of that, the model rolls on 20-inch rims which are absolutely massive for any other car, but it works well on the silhouette of the 408. The fang DRLs also made their way to the new model, which is a design trope that is shared among other Peugeot models like the 2008 and the 3008.

Aerodynamic efficiency was also a key proponent in its design, with engineers opting for a rather low roofline that makes the car 1,480mm high, forming a sleek side profile. Coupled with the sharp front, the model appears to cut through the air without much difficulty.

Going to the rear, it may not look it, but the model features the signature Peugeot three-claw LED lights at the rear, which are situated above a rear section with an inverted cutout, making the 408 look like it has a massive rear diffuser. The interior of the new 408 features Peugeot’s i-Cockpit in its latest iteration, which is recognizable thanks to the compact steering wheel and the fighter jet-like design of the cabin. Technology features include an all-digital display for the driver and a wide touchscreen display in the center of the dashboard. Peugeot states that “the emphasis is on quality and connectivity, with the very latest technologies to make the driving and traveling experience more intuitive and rewarding.”

Its dimensions come in at a length of 4,690mm, on a wheelbase of 2,790mm. This allowed Peugeot to fit up to 188mm of legroom for the rear passengers as well as a cargo volume that is generous at 536 liters. If you ditch your rear passengers and fold the rear bench, you will be able to get 1,611 liters of space.

Furthermore, the car’s tech features extend out into the exterior thanks to the six cameras that give the driver a 360-degree view of everything around the car. There are also nine radars that enable adaptive cruise control and even night vision. There is also a long-range blind-spot monitoring system that can function up to 75 meters. Following that, there is also a rear traffic alert system that warns the driver of any potential hazard when reversing. 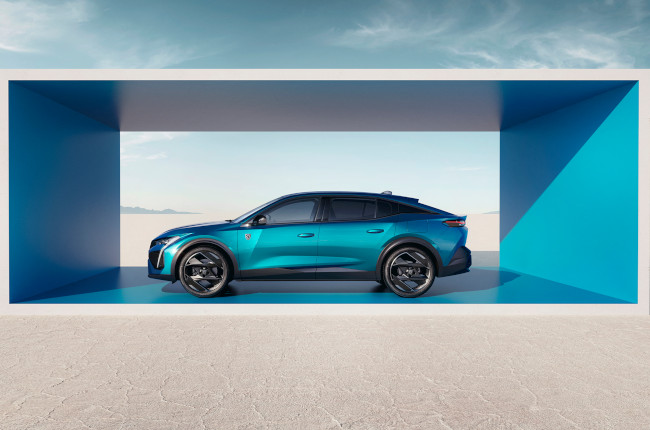 A few powertrains will be fielded for the Peugeot 408, and it will include two rechargeable hybrid versions with 180 hp and 255 hp, and a gasoline-only version with 130hp. Standard all throughout the lineup is an 8-speed EAT8 automatic gearbox. Following this, Peugeot will launch an all-electric version of the vehicle after a few months. 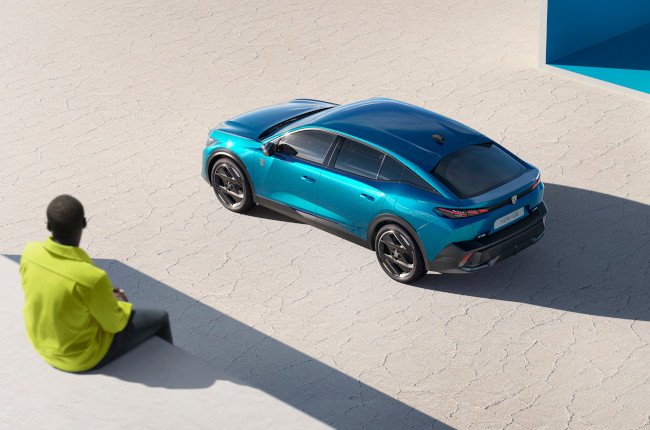 Peugeot states that the new model will arrive on the market “at the very beginning of 2023,” and it will be first produced in Mulhouse, France, for the European market. For the Philippines, the model will be made in the Chengdu Factory in China.