The Philippine automotive continues to go strong as it ends the year with a total of 417,356 vehicles sold – as reported by AVID, CAMPI, and TMA.

This is after the 24.6% automotive sales growth announced by the Chamber of Automotive Manufacturers of the Philippines, Inc. (CAMPI) and Truck Manufacturer’s Association (TMA). On the other hand, the Association of Vehicle Importers and Distributors (AVID) also recorded a huge 60% increase in sales for 2016.

Of note, to maintain the integrity of the data from both organizations, the number of vehicles sold by FGPI and ANG in AVID’s data was removed in the computation for the total number of cars sold.

Take note, though, that SUVs, AUVs, minivans, multipurpose vehicles (MPVs), and pickup trucks are all accounted for as LCVs. This could explain the high demand for this segment, which also reflects on our data – 6 out of 10 of the most sold vehicles through AutoDeal are under the LCV category.

Aside from that, another factor that could influence the demand for LCVs is the growth in businesses, where multipurpose vehicles are bought for commercial use. 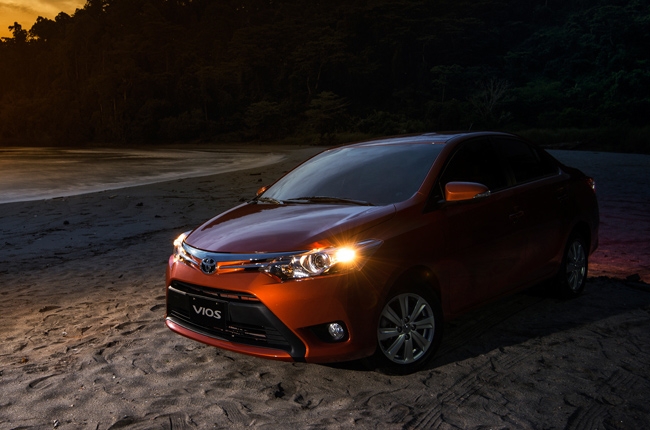 Among the brands under both organizations, Toyota Motor Philippines (TMP) continues to dominate with 158,795 units sold – a whopping 38% market share. The popularity of the Vios has been undisputed, as well as the Wigo.

This is consistent with our data, with 25% of the most inquired cars of 2016 are Toyotas, while both the Wigo and Vios cementing their place as one of the most sold vehicles in AutoDeal. It just goes to show that the reliability of a household name speaks through the numbers. If the facelifted Vios in Thailand is brought locally, it’s more likely that the popularity of the subcompact sedan will continue for another year or so. Behind Toyota is the Mitsubishi Motors Philippines Corporation (MMPC), with 61,415 vehicles sold or 14.72% of the market share. Controversies with SUA aside, which has already been debunked by a third-party investigator from the UK, the diamond brand still experienced growth when compared to the recorded 54,085 units sold in 2015.

Based on our data, their smallest vehicles, the Mirage and Mirage G4, pulled their sales up being among the most inquired and most sold cars in 2016. Although, the midsize SUV Montero Sport lost its spot in our list. Although the sales per model of HARI wasn't disclosed, the majority of its sales might have been influenced by the popularity of ridesharing apps like Uber and Grab, with the Hyundai Accent as one of the favorite models of its partners. On the other hand, FGPI is led by the EcoSport. Being the pioneer of the subcompact crossover segment locally, its charisma continues to suit the taste of the buyers. As for the 5th spot, Isuzu Philippines Corporation joins the ranks of 2016 market drivers with 27,363 units sold. Still led by the midsize SUV mu-X, which tops the most sold vehicles in AutoDeal. It’s also interesting to see the Crosswind as one of the most inquired cars, reflecting the fact that Filipinos still love AUVs no matter how long it has already been in the market.