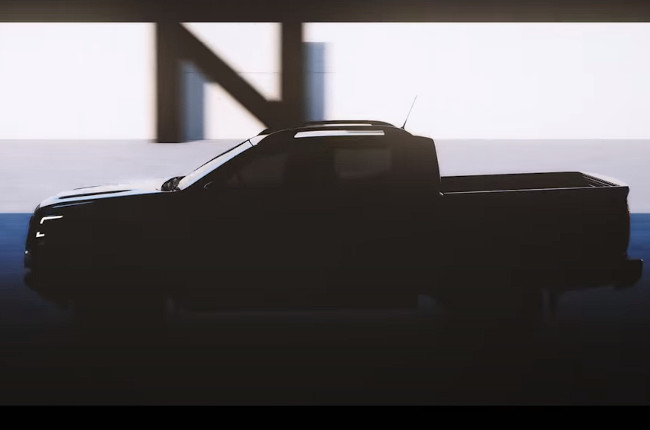 The Nissan Next revolution continues to unravel new vehicles included in its teaser video, with it serving as the brand’s major lineup transformation. Now after recently revealing some models already, the Nissan Navara is perhaps the next one to have undergone the knife as showcased on both images below. Like most refreshed models, the new Nissan Navara features enhanced aesthetics. Upfront, it gets a new face that features a new grille that’s equally rich in both chrome and black plastics which are used to form a mesh pattern. The headlights are also new, with it sporting a different LED pattern for the DRLs, while the lighting system seems to be different as well, given the quad projector setup. The front bumper was re-executed as well, with it having a pair of silver garnish material at the base and new triangular-shaped fog lights. Overall, its frontend reminds us of the Nissan Titan. 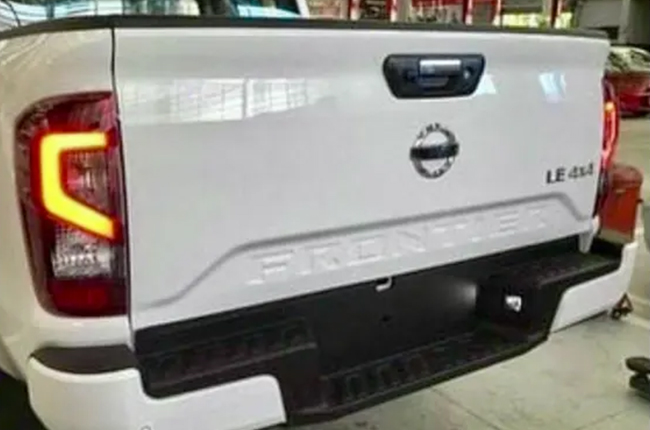 Going towards the rear, you’ll immediately notice the embossed Frontier badge, which is a familiar nameplate of the pickup used on other markets. Now, apart from those large letterings, it does get a new set of taillights, which again, features a rather different LED lighting pattern. Apart from the standard variant, there’s even a more rugged option for the Navara, which surfaced along with the rest of those images. This might be the special Navara N-Trek Warrior, serving as a competitor of the Ranger Raptor. Likewise, it’s indeed richer in terms of rugged reinforcements when in comparison with a standard Navara.

In terms of what’s under the hood, the updated Nissan Navara is expected to carry over the same engine. While Australia and Thailand, perhaps, retain the 2.3-liter twin-turbo diesel, our market on the other hand might get the same 2.5-liter turbo diesel once this refreshed pickup graces its way towards our shores. Although we may never know, maybe Nissan Philippines might perhaps consider bringing in that sweet 2.3-liter twin-turbo diesel.

The new 2021 Nissan Navara is said to be launching in the coming weeks. That said, we shall stay vigilant and deliver reliable updates to you once we grasp some juicy details with regard to this upcoming model.