Honda Cars Philippines, Inc. (HCPI) has proudly unveiled the facelifted 2019 Civic that was previously launched in Thailand late last year. The Japanese compact sedan now boasts refreshed exterior and interior elements that are complemented by a fleet of added convenience features. Also, the facelift brought a new base variant to join the current lineup – the 1.8 S CVT. For those who might be wondering, the current Civic is the 10th-generation iteration of the Japanese compact sedan. Simply put, the Civic is considered by many as one of the most popular nameplates of its segment in the local market, with 10,494 units sold as of March 2019. 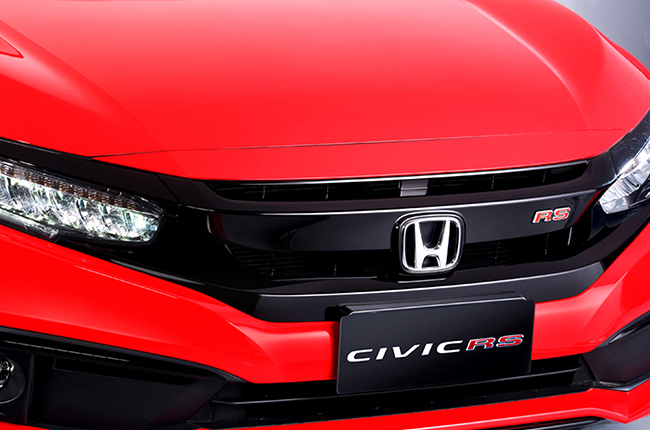 Now, the Civic RS Turbo and 1.8 E CVT sports a new bumper design, full LED headlamps with daytime running lights (DRL), giving both variants an illusion of a wider stance and more appealing impression on the road. In addition to those, there is a set of new 18-inch Belrina Black RS alloy wheels for the RS Turbo and 16-inch Shark Gray Metallic alloys on the 1.8 E CVT.

And, while we say it’s a facelift, Honda felt a little more generous to include tweaking inside the car. The center console has been brought higher—that, along with the low seating position, gives a sense of sports car ambiance to its occupants. The instrument cluster now supports full-color display, giving the driver access to a customizable information display. HCPI has expanded the range for its compact sedan. Joining the existing lineup of the Civic is the 1.8 S CVT variant, which is aimed to provide customers a reasonable and practical proposition in the segment. This variant comes standard with DRLs, integrated into the new halogen projector headlamps, along with 16-inch two-tone alloy wheels. Meanwhile, inside the 1.8 S CVT is a 7-inch touch screen display audio system with Bluetooth and USB connectivity. Safety is a highlight in the Civic, as it has Anti-lock Braking System (ABS) with Electronic Brakeforce Distribution (EBD), Vehicle Stability Assist (VSA), Hill Start Assist (HSA), Electronic Parking Brake (EPB) with Auto Brake Hold, and Dual Front Driver and Front Passenger SRS Airbags. The RS Turbo gets additional side and side curtain airbags for added protection. Not to mention, the Civic is an ASEAN NCAP five-star-rating holder. 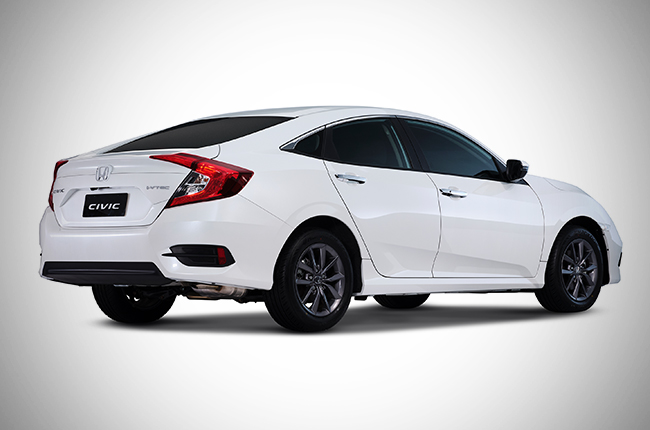 Lastly, the facelift also brought in a new color – Platinum White Pearl. This, however, will cost you an additional P20,000 on the bill. The new paint color will be added in the existing palette consisted of the Cosmic Blue Metallic, Lunar Silver Metallic for 1.8 variants, Modern Steel Metallic for RS Turbo and 1.8 E CVT, and Rallye Red for the RS Turbo.