The Nissan Almera is a striking new car for our country, relatively speaking, but other territories have had our current-generation model for quite some time now. The Almera is new to us, but not so new to other countries like the United States.

North America has a new and improved version of the Versa, which is the automobile’s name in that part of the world. With refreshed styling and enhanced features, it’s at least our sneak peek into what Nissan has in store for the next update to the now compelling model. 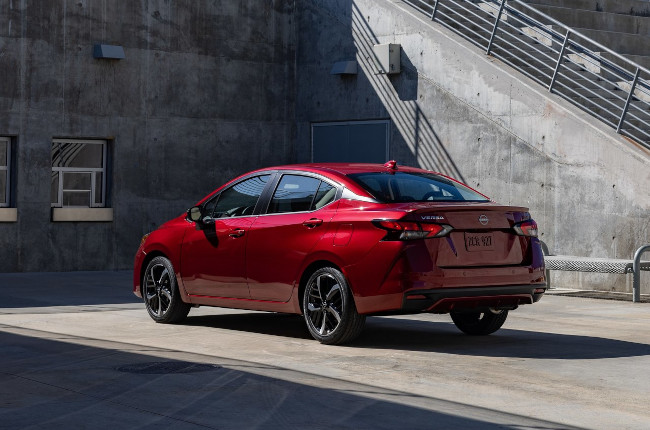 Perhaps the most striking design feature of the new Almera is the new V-Motion grille, a design feature that has characterized pretty much all of Nissan’s current models except for the 370Z. The Almera, instead, has slats on its grille, and the new Nissan logo on the front. We don’t see that metallic “V” bar anymore that spans the top section of most V-Motion grilles, but the change is still quite handsome if we do say so ourselves. 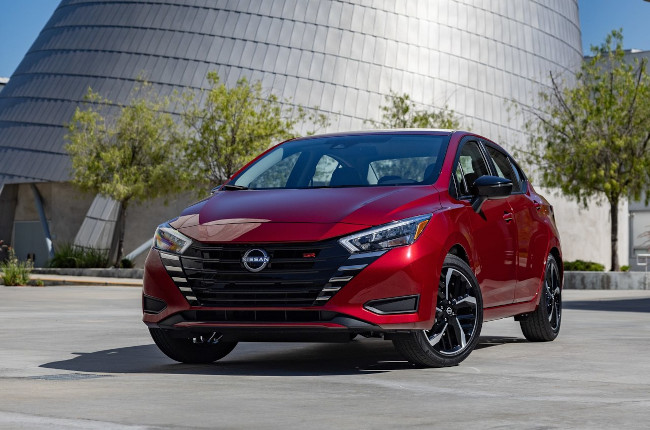 Meanwhile, there are other improvements that are surface deep like the headlights which have a new design for the 2023 model year. Nissan put some LED DRLs in a different shape this time, and there appears to be a new set of wheels for 2023 as well, 17-inch wheels in a diamond-cut two-tone color. For the US market, the wheels will be available for the SR Variant of the Versa, a trim that we otherwise do not see in the Philippines. The SR variant also gets other goodies like two-tone black and red seats. 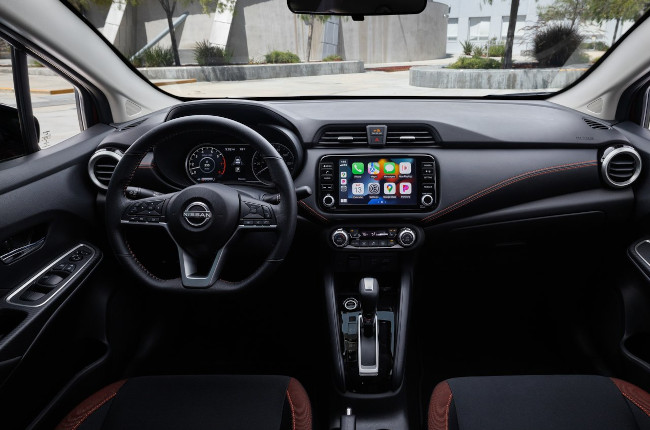 As for its technology, there are more additions to the model which include wireless charging, Wi-Fi hotspot functionality for the infotainment system, and safety features like autonomous emergency braking with pedestrian detection, lane departure warning, rear automatic braking, and high beam assist. Our Philippine-spec Almeras don’t have those features, but judging by how Nissan specced the 2023 Versa, it’s likely that these items could make an appearance in the future for our local variants. If you go past the SR variant of the Versa, optional features like adaptive cruise control, blind spot warning, and rear cross-traffic alert are also features that are available. Engine aside, the styling and new features don’t require a more powerful engine, and the Almera could receive most of the Versa’s enhancements. North American Nissan will start selling the 2023 Versa near the end of the year, and it’s likely that the Philippines will eventually receive this facelift down the line.