Originally started in 1992 as a general automotive show, the TransSport Show has provided the country with an exhibition where the most creative and passionate petrol heads could gather and express themselves. It has since become a very important milestone in the country’s car culture.

Now on its 28th year, the TransSport Show has established itself as “a car show that spans generations of car enthusiasts.” The SMX Convention Center became the car show’s venue from May 23 - 29, 2019. 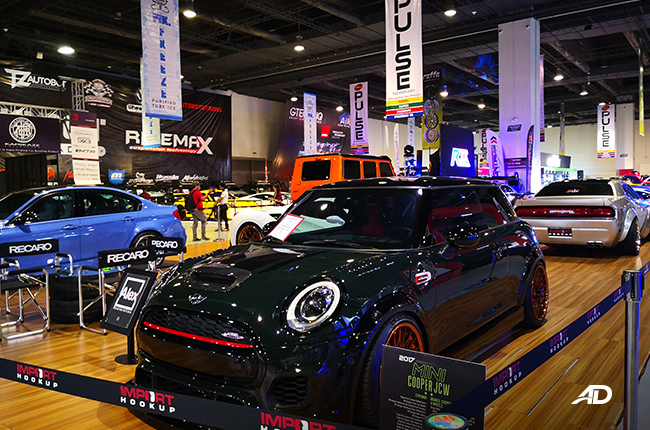 Over a hundred cars were on display this year, the majority of which are being displayed for the first time and competing for the much coveted TransSportShow Cup Best of Show Award. This year’s show is presented by Phoenix Petroleum Philippines, Inc. and is expected to transform the venue into a fashion show of automotive goodness.

Some of the car highlights includes Alex Car Restoration’s Ferrari 488 kitted out with Misha Design parts and fitted with forged Brixton PF10 3 piece wheels, A-Plus Motowork’s 1982 Mitsubishi Lancer EX turbo with period correct Advan Rally wheels, and PartsProPH’s display of three generations of 911 GT3s which include the 996, 997, and 991 generations. These cars alone are but the tip of the iceberg in this year’s display with a wide variety of other cars on display.

Related: What did cars in the Philippines look like 10 years ago? Besides the display of cars, the show also served as a venue for retailers to show what’s new and popular in the aftermarket industry. These included promo deals, demonstrations, and launches by different exhibitors to ensure that the car show will deliver excitement, fun, and be another one to remember.