Improved continuously variable transmission (CVT), six-speed manual transmission (MT), and new gasoline/hybrid power plants — these are the things that Toyota Motor Corporation announced in their global press release. The news came a bit late, though, as these should have been rolled out in 2017. Still, heroes aren’t really too late if they can save the entire world.

Naturally, there’s a lot of -er in Toyota’s press release. Well, that’s the point of developing new tech, to improve and be better than the predecessors. The key words here are Toyota New Global Architecture (TNGA)—the brand’s completely revamped platform—found in the 2017 Prius and the Crown concept showcased in the Tokyo Motor Show. Seeing these four letters in the upcoming Toyota vehicle means it has the newly developed tech.

If we’ll believe what the company is telling us, then we are looking at a dangerous contender in the market, something that other brands should watch out for — that’s if the Japanese marque’s position in the global company rankings isn’t enough proof of the brand’s competitiveness. Toyota also achieved greater 40% thermal efficiency with the new Dynamic Force Engine. This resulted to higher output at 170 hp and 205 Nm of torque. In comparison, this is much higher than the current Corolla Altis’ 145 hp and 187 Nm, powered by the Dual VVT-i 2.0L engine.

This improvement in numbers came with a promise of better fuel efficiency, even with the increased torque in every rev range. 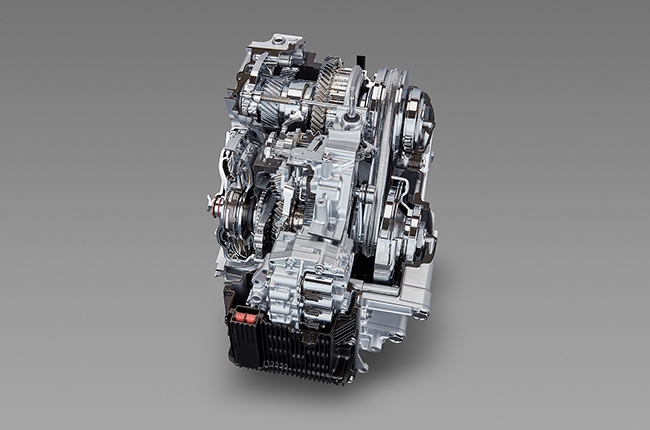 The main downside of CVTs is the mechanical loss that happens when you’re moving from standstill, which is natural since CVTs are belt-driven. Toyota aims to resolve that by adding a launch gear into the transmission system, resulting to a more responsive acceleration.

The new Direct-Shift CVT also promises better fuel-efficiency. The secret? Aside from the launch gear, the belt angle has also been narrowed and the size of the pulley setup has been reduced. This is said to have resulted to shift performance that is comparable to Dual-Clutch Transmissions (DCTs). Toyota knows that car nuts still love their MTs, that’s why the Japanese brand retained this transmission type and improved it for better performance. The new six-speed MT is four kilograms lighter and 24mm shorter than the existing versions.

The shedding made Toyota’s new six-speed MT the smallest and most efficient in the world, as the brand claims. It also uses iMT (Intelligent MT), which adjusts the engine rotations by itself to ensure smoother gear-shifting. The new THS II benefits the Prius, which is currently built on TNGA. The difference is that the 2nd iteration has been further reduced — in size, weight, and loss. Also this time, more power is drawn from the electric motor system to increase fuel-efficiency and a more linear acceleration.

Part of the weight reduction comes from the new Power Control Unit, which is 20% smaller and 10% lighter than its predecessor. There's also a restructured Nickel-metal Hydride Battery available, allowing more number of cells for higher voltage with the same 6.5 Ah capacity.

With these upcoming performance tech from Toyota, it’s only a matter of time until they reach the local shores. Let’s just hope they don’t take too long.