Similarly, the Philippines also had a special variant of the Fortuner but less Epic. (Pun intended) The local special variant came in the form of the Fortuner TRD which sported TRD accessories in and around the SUV. While its sad that the variant is no longer available locally the addition of the Epic and Epic Black variants could be an indication that Toyota is ready and willing to make special versions of vehicles adapted to certain markets. 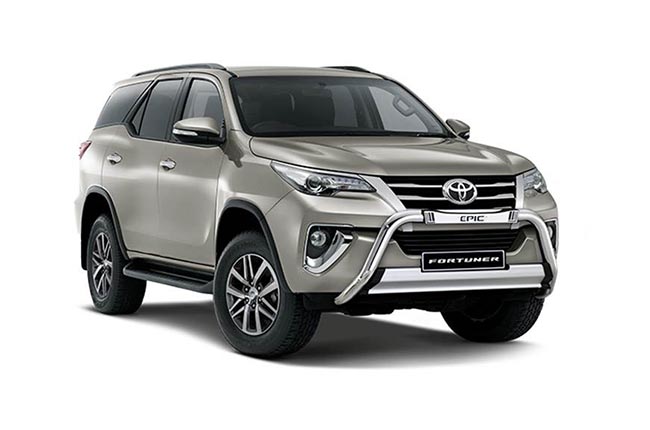 Giving the Fortuner a more rough and tough look, all Epic variants come with a nudge bar as standard with the word ‘EPIC’ written on it. Complementing the look the Fortuner also comes with a two hook at the back. On the inside the Toyota SUV also gets a couple of Epic touches as it now comes with custom metallic scuff plates and custom floor mats. The Epic Black variant, on the other hand, gets a black nudge bar, black roof, and black side-view mirrors. The black treatment doesn't stop there as the new variant also comes with new alloy wheels.

In terms of features, the Epic and Epic Black variants get the same kind functionality you get with the Philippine Fortuner V variants. Except for a few features that the local variant doesn't have yet. The South African models get a touchscreen infotainment system with navigation, keyless entry with push to start, dual-zone climate control, a reverse camera, TFT Multi-information display, cruise control, steering mounted audio controls, power-adjustable driver’s seat, and power tailgate.

As much as we want the Epic and Epic Black variants of the Fortuner for the Philippine market, it looks as though Toyota has no plans to bring them into the country. But who knows Toyota has been making moves lately to make more performance-oriented vehicles especially in Australia, so maybe a GR Fortuner could be in the works.