Back in 2019, Toyota revealed a new variant of its popular crossover the RAV4 called the RAV4 Prime. The new variant is now the most powerful version of the Toyota RAV4 to date. Instead of giving the vehicle more power through a more powerful motor Toyota has opted to go a different route and has chosen to give the RAV4 Prime a hybrid powertrain instead. This new powertrain gives the vehicle a 300hp all while reducing its emissions footprint.

The RAV4 prime initially made its debut in the United States, however , Japan got a taste of the vehicle through a different name, the RAV4 PHV. Similar to that of its Prime variant, this version of the crossover also benefits from a plug-in hybrid powertrain as well. It gains electric motors as well as a high-output lithium-ion battery pack. Through the new system the RAV4 PHV now gains 95 kilometers worth of electric only driving which puts it within the top percentile of its class. 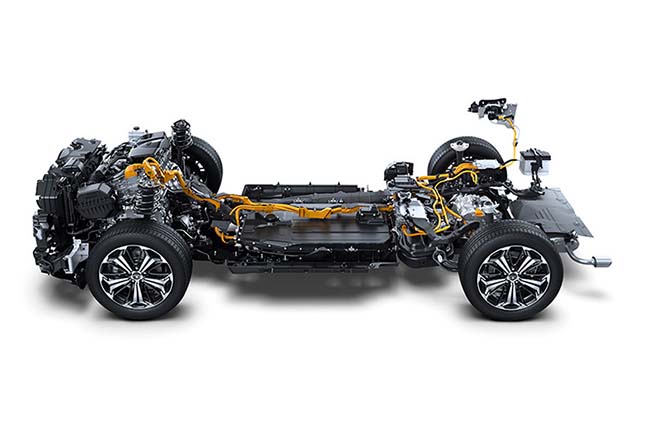 Under the hood, the RAV4 PHV is powered by a 2.5-liter four-cylinder engine that on its own makes 174hp and 219. However, if you add its two electric motors into the mix the plug-in hybrid now makes a combined 302hp. Thanks to its battery pack the RAV4 PHV according to Toyota can do a claimed cruising range of 1,300 kilometers on a single tank of gas. An impressive feat especially for those who want to get the most out of their fuel. Aside from having 302hp under the hood the crossover also benefits from an electronic four-wheel-drive system thanks to its rear mount electric motor. Together the electric motors found in the vehicle give it additional grip when traction is low and when the roads get slippery.

You can even use the RAV4 as an alternative source of power during brownouts. The crossover also comes with an external power supply that is rated at 1,500W. A handy feature to have especially during emergencies. 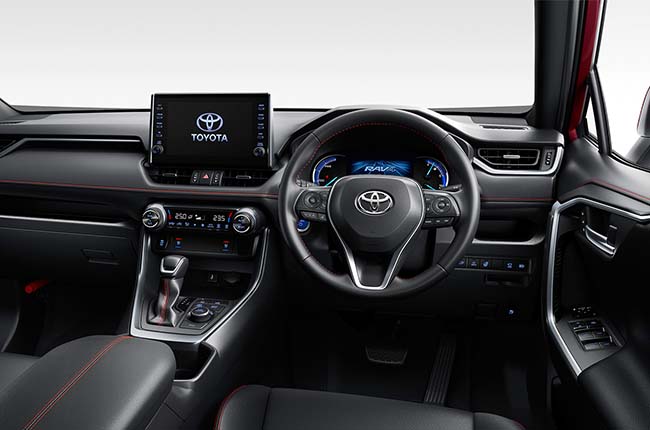 As for features, the RAV4 PHV comes with two driving modes: a battery electric vehicle (BEV) mode and a hybrid electric (HEV) vehicle mode. BEV only utilizes power from the vehicle’s battery packs while the HEV mode uses the engine to recharge the batteries once the remaining power gets too low. On the inside, the RAV PHV comes standard with a 9-inch infotainment system that out of the box comes with Apple CarPlay and Android Auto capabilities. It also comes with a digital multi-information display along with dual-zone automatic climate controls. 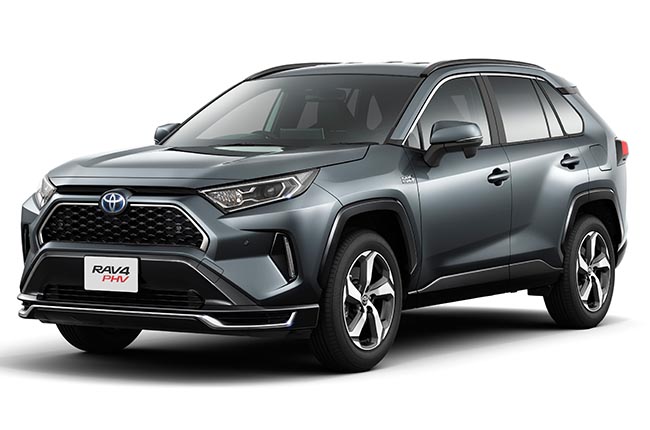 Safety has also been improved on the vehicle as it now comes with Toyota’s Safety Sense technology as standard giving the vehicle access to the brand’s suite of safety systems. These include pre-collision safety which can detect pedestrians and cyclists, dynamic cruise control, lane departure alert, automatic high beams, and lane tracing assist. The RAV4 also benefits from a 360-degree camera that also comes with a birds-eye-view which is paired to front and rear parking sensors. To help keep information easily seen while driving the Japanese crossover also comes with a heads-up display.

Toyota Philippines has yet to confirm if it will be bringing the plug-in hybrid version of the RAV4 anytime soon. However, if the Japanese brand did bring it in, the RAV4 PHV, it could make things interesting for its segment as the only available hybrid vehicle in its class as of now is the Geely Azkarra.