The 2022 Toyota RAV4 Hybrid is releasing soon in the Philippines, and it's bound to shake things up for Toyota Motor Philippines. Hybrids are becoming more ubiquitous in the country, with the Japanese brand playing a considerable role in that. Two variants will be available locally, both hybrids. The base model RAV4 Hybrid XLE will sell for P2,157,000, while the top-spec LTD model will top out at P2,500,000. An additional White Pearl paint option will set customers back P15,000.

Only one hybrid engine is coming to the country. It's a 2.5-liter gasoline engine paired with two electric motors. The Dynamic Force engine achieves 176 hp at 5,300 RPM. That alone would be a respectable figure for a crossover, but with the RAV4 Hybrid, it doesn't stop there. 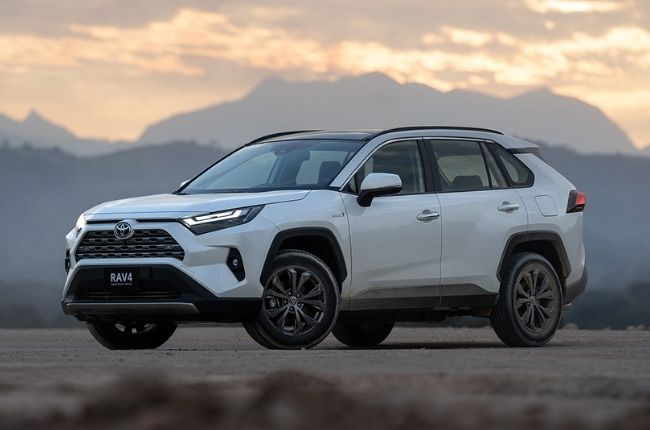 It gets two extra motors capable of 118 hp for the front and 54 hp at the rear. Altogether, the gasoline-electric hybrid system delivers about 219 hp and 221 Nm of torque. The available continuously variable transmission sends power to a front-wheel-drive (FWD) system. Unfortunately, the electronic on-demand all-wheel-drive (AWD) setup looks absent for this year's release.

In any case, we'll find out more about the 2022 Toyota RAV4 Hybrid when it releases locally next month. Of course, the highly anticipated Toyota Raize subcompact crossover will likely debut first. We're also not discounting the chance that these two vehicles can launch together. That way, the company could release a more affordable model and a more premium, cutting-edge vehicle.

Whatever happens, it seems that Toyota Philippines has hit the ground running this year. Its upcoming releases indicate a level of aggression that should have other automakers shaking for the rest of 2022.