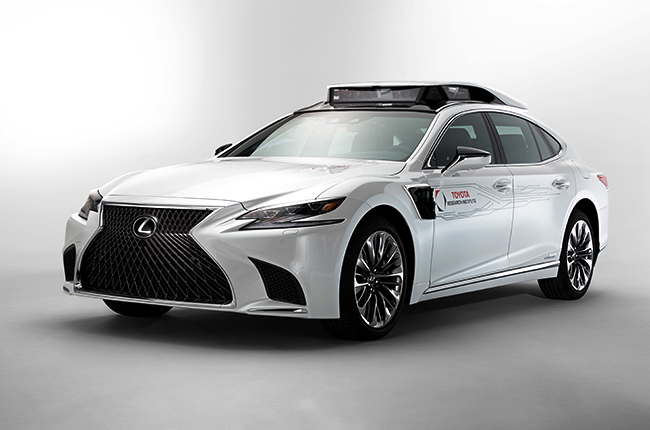 In March 2017, Toyota rolled out its first-ever self-driving car, taking part in the industry’s shift to driverless cars. Toyota Research Institute (TRI) calls it the 2.0 advanced safety research vehicle (ASRV) back then and was based on the old Lexus LS 600hL model. Almost a year later, Toyota followed that up with the Platform 3.0, which was still based on the LS 600hL.

Another year has passed and Toyota rolled-out a successor to the Platform 3.0 at the 2019 Consumer Electronics Show (CES). Dubbed as the TRI-P4, the autonomous test car is now based on the fifth-generation LS 500h. The LS 500h will be utilized to TRI’s two-track Guardian and Chauffeur automated driving systems. 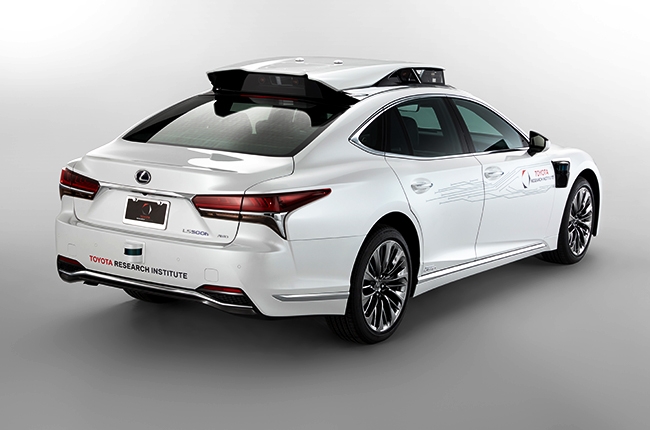 "Our Chauffeur development is focused on full autonomy, where the human is essentially removed from the driving equation, either completely in all environments, or within a restricted driving domain. Guardian, on the other hand, is being designed to amplify human performance behind the wheel, not replace it. The introduction of the new P4 platform will help us accelerate the development of both tracks when it joins our fleet this spring."
Ryan Eustice
Senior vice president of automated driving at Toyota Research Institute

Compared to the other previous versions, the P4 benefits from Lexus’ new-generation of chassis and steering technology. These new offerings found on the LS 500h, the hybrid version of the highest-rating reviewed car on AutoDeal, provides greater agility and grants the car more responsiveness and smoother maneuvers during autonomous mode.

Technically, the P4 has two newly-added cameras, which improves situational awareness on the sides, as well as two new imaging sensors facing the front and the rear. These imaging sensors boast new chip technology with high-dynamic range. Optimized to improve the field of view, the radar system is even better, especially for close range detection around the vehicle perimeter. The LIDAR sensing system is carried over from the 3.0, but has been morphed to the vehicle in a more fashionable manner.

Related: Advanced driver assistance systems can prevent up to 40% of crashes

Improvements on the P4 made it even smarter than its ancestor Platform 3.0. This is due to the greater computer power that lets its system have more capability in adapting and learning algorithms – making it adapt to an even faster phase. With this, it reacts to the surrounding quicker, with all computing power generated from the vehicle’s hybrid battery. Yes, the 12-volt battery now only serves as a backup. Further improvements include the restyled computer box in the trunk – known as the ‘brain’ of the automated driving system. This box is now tucked vertically, allowing more room in the trunk. The box’s circuitry is accessed by folding it down. Meanwhile, the exterior styling achieved in the P4 was achieved through the help of CALTY Design Research. According to CALTY Design Research’s senior lead designer, the goal is to design a “fluid surface embracing advanced technology loosely inspired by science fiction in the graphic separations between form and function.”

Toyota Motors North America (TMNA) R&D ‘s Prototype Development Center in Michigan will begin fabrication of the P4 from stock LS 500h on the second quarter of 2019. Toyota’s P4 automated test vehicle is currently displayed at the CES 2019 and will be displayed again at the 2019 North American International Auto Show on January 14 and 15.

Get Notified About Lexus LS News