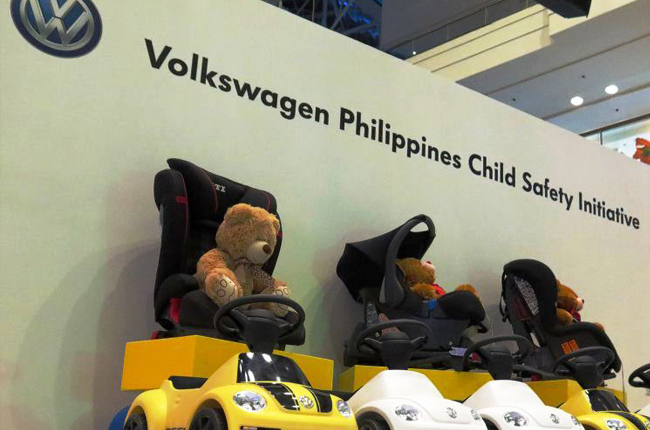 Volkswagen Philippines continues to impart valuable driving skills to kids as they resume their award-winning Child Safety Initiative (CSI) this year. The 2016 campaign kicked off last January and will have its final leg this April and May.

The campaign aims to introduce early childhood safety awareness to children of 4-8 years of age. This is while imparting important road safety habits to their parents as well.

A miniature roadway is setup with stoplights wherein kids can board the small Volkswagen vehicles for the Junior Driving Course and maneuver their way to the mentioned road. Motoring media members will serve as “traffic assistants” during the driving course.

Children are also educated on road safety with the help of the Volkswagen Philippines’ partners such as the Philippine Global Road Safety Partnership, Metro Manila Development Authority Institute of Traffic Management, and the Department of Transportation and Communication.

If you would like to attend the campaign, Volkswagen Philippines will conduct the next CSI mall tour at the Glorietta Activity Center in Makati City on April 2 and 3 from 11AM to 7PM. They will also be heading to UP Town Center in Quezon City on May 21 and 22.

CPI started touring schools and establishments such as malls, trade shows and dealers in 2015. As of this writing, there are 4,997 children and 3,975 parents that participated the initiative. Last Februrary 26, 2016, the campaign received the Silver Anvil Award in the Public Relations: Specialized Advocacy Campaign.