To this point, you may already have had enough of pickup designs, with all the latest ones that previously appeared in the market. Nonetheless, there should be enough room for this one right here. Volkswagen may soon be a contender in the modern compact pickup segment with a strikingly well-designed entry badged as the Tarok. The German pickup concept is currently on display at the Sao Paulo International Motor Show.

Earlier this year, news about Ford and Volkswagen planning to work together circulated the internet. Both companies are told to be looking forward in developing commercial vehicles together. Now that Volkswagen launched a pickup concept, we initially thought it could be a good candidate for this project. Unfortunately, unlike other pickup trucks, the Tarok won’t be based on a ladder-frame chassis. To put it clearly, the Tarok is a compact pickup truck and it will be based on the Tiguan platform. You may now erase the image of a Ranger-based Volkswagen hauler in your mind because that’s not the case here. 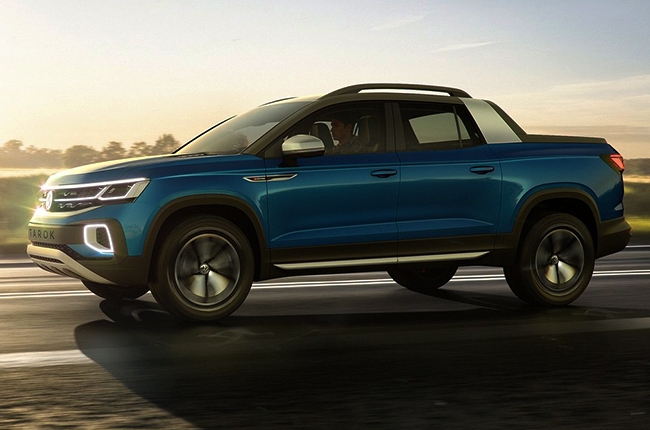 In terms of the design, we can’t deny the fact that this thing is exactly how a “good-looking pickup truck” would look like – even when we know that beauty is subjective. It’s got a long streak of LED light spanning from one headlight, passing to the emblem, and onto the other headlight. Even the bumper side vents also have LED surrounding lights on them. The thing is that it does not veer far from how the latest VW cars look like, which is great for establishing an identity in the market.

The Tarok concept features a two-tone paint finish with a blacked-out roof that incorporates a targa-inspired roof bar as its C-pillar. This gives it a youthful vibe and adds to its appeal. Apparently, aesthetics isn’t the only business of the Tarok. Beyond the fact of having a targa C-pillar, the compact pickup truck features a foldable cab rear panel, which extends the loading area further inside the second-row seats. This helps the truck to attain a maximum load of around 1,000 kg. 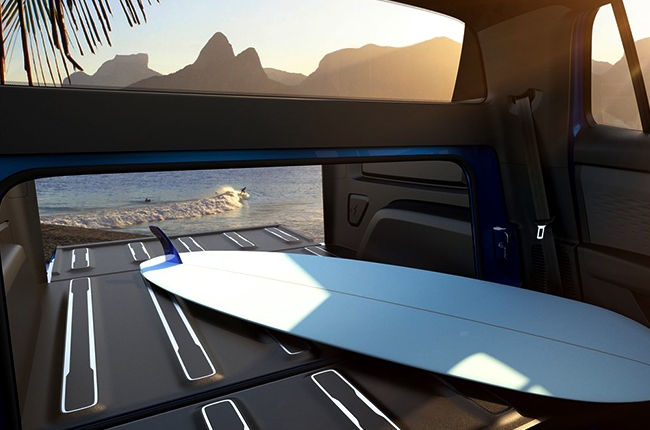 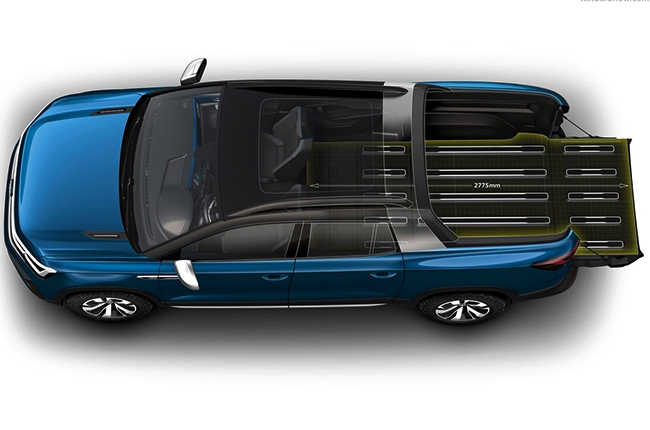 A techy, car-like interior gives ‘comfort in pickup trucks’ a whole new meaning. Elements such as a color-keyed Cypress Metallic crossbar along the dashboard panel, glass-covered infotainment system, and digital climate controls and entertainment system are what highlight the cabin. All displays and controls are accessed using a single visual and operational axis on the center console so the driver won’t have to look at multiple areas in the cockpit while driving. 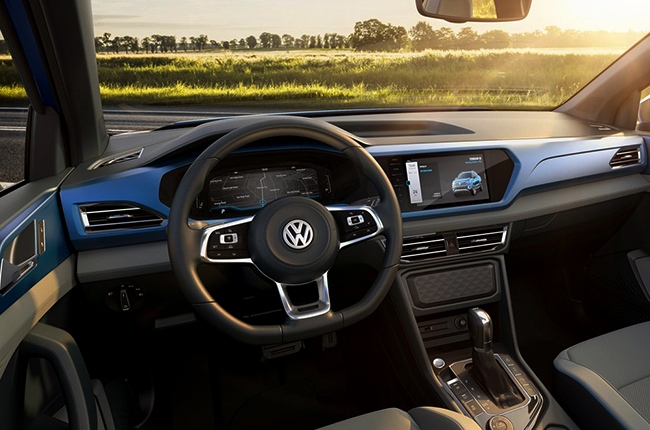 Pop up the hood and you’ll see a 1.4-liter four-cylinder TSI engine that’s capable of producing 148 hp. This mill is paired to a six-speed automatic transmission and a permanent 4MOTION all-wheel drive powertrain. Meanwhile, the Tarok may have a potential to carry in a 2.0-liter turbo diesel TSI engine in some markets, which has the same power output as the gasoline one.

On a much closer perspective, we could only hope that once this Tarok truck is already out there, the chance of it being brought to the Philippine market is high enough to put a smile up on our faces. There is a favored popularity for pickup trucks in the country and if the price on this one hits the bull’s eye, the only missing on this vehicle is melting butter and overflowing maple syrup because this one could potentially sell like hotcakes.