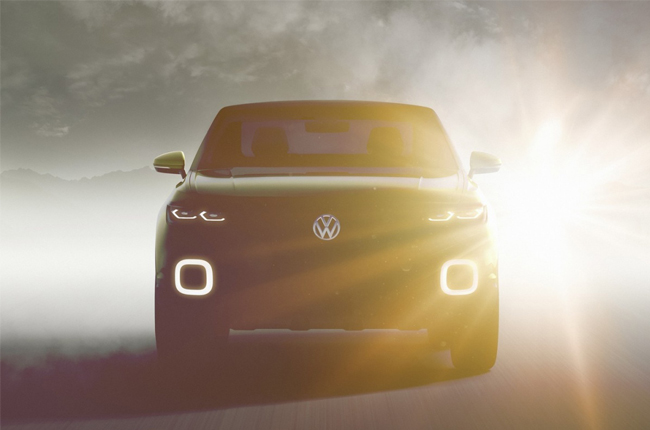 Just weeks before the 2016 Geneva Motor Show in Switzerland, Volkswagen sent out a teaser photo of what seems to be the T-Cross. Though officially they’re still keeping its name and specs under wraps, they did promise that a production version is on the horizon.

The photo shows a overshadowed figure of the vehicle’s front end. Aside from the VW emblem and its attention grabbing round-cornered square LED daytime running lights (DRL), it also looks like the small SUV would come in a fun vibrant green (or yellow) as seen on the side mirrors.

Apart from all these, there’s still much to guess about the vehicle such as its engine type and what new tech features will it have? Will it slot in the subcompact crossover segment and compete with the likes of the Nissan Juke, Chevrolet Trax, and Ford EcoSport? And most important of all, will it reach Philippine shores?

While we await its Geneva debut, check out the whole line up of Volkswagen Philippines here on the AutoDeal Car Guide.