Many Subaru fans in the Philippines have been clamoring for a larger crossover for quite some time now. The biggest of the bunch in the Philippine lineup is the Subaru Outback, a 5-seat midsize crossover with a 3.6-liter flat-6 engine and, of course, Subaru’s signature Symmetrical All-Wheel-Drive.

However, there are reports of a large 7-seater to grace the lineup in the country, and it seems that it will be the most luxurious and well-equipped Subaru we’ve ever seen. Internationally known as the Subaru Ascent, the Philippine-spec model will be called the Evoltis. As per reports, only one variant will be available much like the Outback, and the seats will be configured in a 2-2-3 arrangement, meaning 2 seats up front, 2 in the middle, and a 3-person bench at the rear. 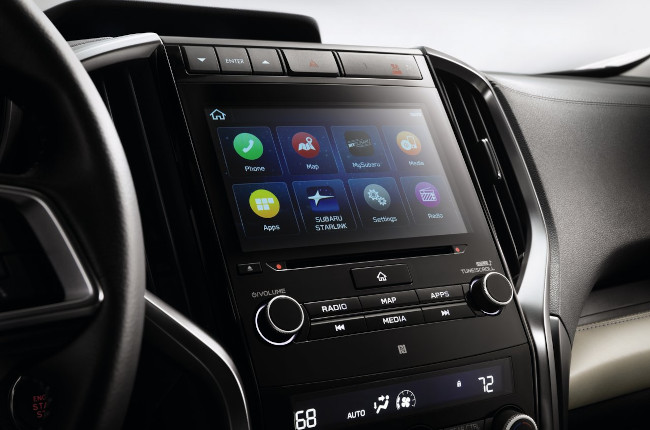 The middle row of the Evoltis will be similar to that of the top-spec Mazda CX-8 with a pair of captain’s chairs installed and likely clad in leather. Apart from that, you are also getting up to 19 cupholders with the model, and also a power tailgate. We can also expect Subaru’s Starlink infotainment system to grace the center console of the dashboard. This means that the vehicle will get Apple CarPlay and Android Auto as standard. Underneath that, we expect automatic climate control and an auxiliary display that complements the gauge cluster’s information loadout.

We can also expect the venerable Subaru EyeSight system to make an appearance in the Evoltis, as is the case with other select models in the lineup. The package includes adaptive cruise control, lane-keep assist, lane sway warning, automatic emergency braking, and pre-collision throttle management. International models use the 2.4-liter 4-cylinder boxer-turbo engine, and the Philippine-spec models will likely, if not surely, get the motor as standard. The engine produces up to 260 hp and 350 Nm of torque, and power is delivered to all 4 wheels thanks to Subaru’s Symmetrical All-Wheel-Drive system. According to the source, the vehicle will also come with Torque Vectoring to enhance handling.

Because the Subaru Outback has a price in the ballpark of P2,500,000, we expect the Evoltis to hit, if not get close to, the P3,000,000 mark. The other rivals in the price category are the Ford Explorer, the Hyundai Palisade, and Mazda CX-9. Indirectly, we can compare it to the Mazda CX-8 because of its seating configuration, but the turbocharger in the Evoltis begs to differ. The model is available for viewing in select Subaru dealerships, and the launch is set for April 12, 2021.