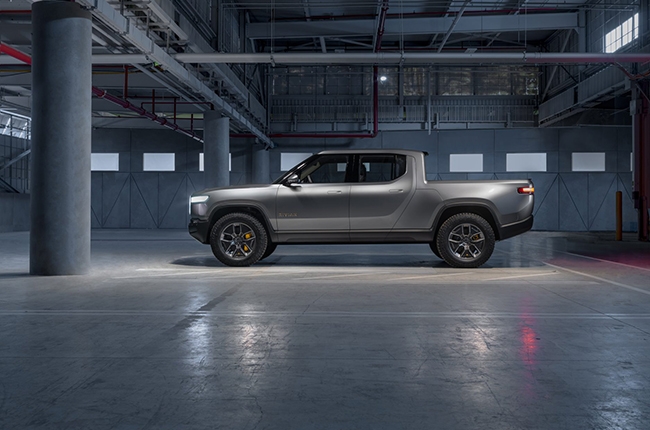 Remember the Aston Martin Lagonda concept that made rounds at the Geneva International Motor Show back in March? It is a luxury vehicle that is aimed at bringing ultra luxury to roads less travelled. It sports ruggedness and luxury rolled into one. Even in the upper echelons of the automotive industry brands are going electric.

So what can we come to expect from Ford and their investment of $500 Million in Rivian Automotive’s equity? First and foremost, Ford has been on a bit of a weird trend when it comes to its cars because it is phasing out a lot of the models it has that are not crossovers. Drastic to say the least, but with the market trend shifted its attention to crossovers with the all important ground clearance, it is logical for the blue oval to make a move from a cost standpoint.

Ford might be looking to strengthen its line of rugged SUVs. In the United States, Ford is more known for its trucks. The F-line of vehicles from Ford has long been a testament to American patriotism. Perhaps it is on par with muscle cars as well? So what does Ford want to do with Rivian, which is also an American company?

It seems like it isn’t such a stretch to say that Ford is looking to electrify its vehicles, namely its trucks. Rivian shares the same thoughts when it comes to building its vehicles. Ford markets its trucks under the saying, “Built Tough”, whereas Rivan would like to “keep the world adventurous forever”. It’s a logical partnership, and with RIvian pushing its R1T All-Electric Truck to the masses Ford might be looking to take a page out of its electrified book of secrets.

We could see new SUVs in the future. Electric SUVs and trucks, or even Hybrid SUVs and trucks could be part of Ford’s lineup in the coming future. The possibilities are endless.

Ford is a little late to the game when it comes to pushing out electrified vehicles. The brand has not made as big an impact as other brands such as Toyota that pioneered the hybrid system with its Prius. With this in mind, Ford intends to develop Rivian’s flexible skateboard platform that coincides with the blue oval’s plans to create a portfolio of fully electric vehicles.

So does this mean American icons are getting less American? If you remove the V8 gas guzzler that has no replacement for displacement, can you really call it a true blue blooded Amercian car anymore? Ford is downsizing some of the engines it has and replacing them with turbocharged Ecoboost engines that tout more fuel efficiency. A V8 engine has always been synonymous with being an American, as the engine layout has gained cult status over the years of its service.

Ford is planning to electrify its two most iconic vehicles first, the Mustang and the F-150 pickup. For the Mustang however, it’ll be a Mustang inspired crossover that will lead the charge for this line of cars from Ford. As to how good this vehicle will be, we have yet to find out, but we also want to beg Ford for a hybrid Ford GT in the future.

This strategic partnership marks another key milestone in our drive to accelerate the transition to sustainable mobility,” said RJ Scaringe, Rivian founder and CEO. “Ford has a long-standing commitment to sustainability, with Bill Ford being one of the industry's earliest advocates, and we are excited to use our technology to get more electric vehicles on the road.We are excited to invest in and partner with Rivian. I have gotten to know and respect RJ, and we share a common goal to create a sustainable future for our industry through innovation
Bill Ford
executive chairman, Ford