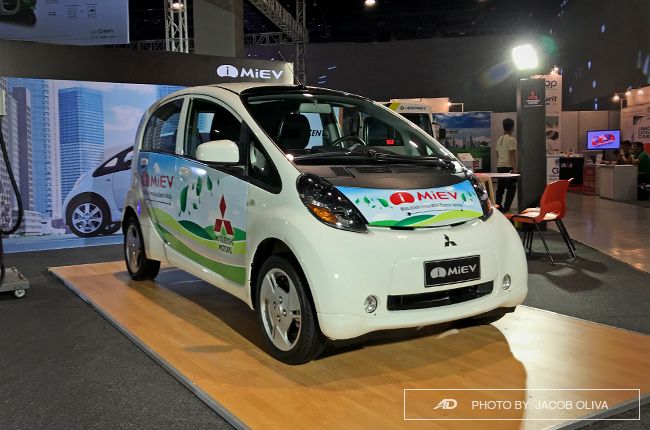 The Philippine Electric Vehicle Summit is in its sixth year this 2018. For those oblivious of this event, it’s a conference where public and private sectors come together to discuss and analyze the country’s status when it comes to electric mobility (e-mobility) or electrification of cars. Think of it like a stakeholders’ meeting of a huge company, wherein the leaders of each department provide a progress report to see if the business is growing and each of its proponents are on the right track. At some point, third party entities and subcontractors may be a part of the meeting, just to check if these guys are still in line with the company’s objective.

It’s pretty much the same when it comes to e-mobility: here, the “company” per se would be the whole idea of electrification which is represented and facilitated by the Electric Vehicle Association of the Philippines (EVAP), while the “divisions” include Manila Electric Company (MERALCO) and Partnership for Clean Air (PCA). The “subcontractors” would be the government agencies, including the Department of Transportation (DOTr), Department of Trade (DTI), and Department of Energy (DOE), that provide support in enforcing the event’s mission, as well as private sectors, with the likes of Nissan Philippines, Inc. (NPI) and Mitsubishi Motors Philippines Corporation (MMPC), that aid in making it happen. We’re lucky enough to have been invited to the summit, and of course, we’re happy to give you what we’ve learned about the world’s progress, as well as our country’s, in electric mobility. If you’re looking to buy an electric vehicle (EV) soon because you’re tired of the never-ending fuel price hikes, read along.

EVs in the World

According to the latest report of the international consulting firm Frost & Sullivan, global EV sales in 2017 reached 1 million for the first time, which brings the total to 1.2 million units. The majority of this figure are battery electric vehicles (BEVs), while the rest are plugin hybrids EVs (PHEVs). China remains to be the top consumer of EVs; 49.5% of the mentioned global sales came from the People’s Republic. Europe follows at 25.6%. At this rate, it’s predicted that 1.6 million EVs will be sold by the end of 2018, and will reach up to 2 million units by the end of 2019. Even charging stations have increased in 2017, with more than 90,000 spots open globally. This is said to increase to 100,000 by the end of this year. 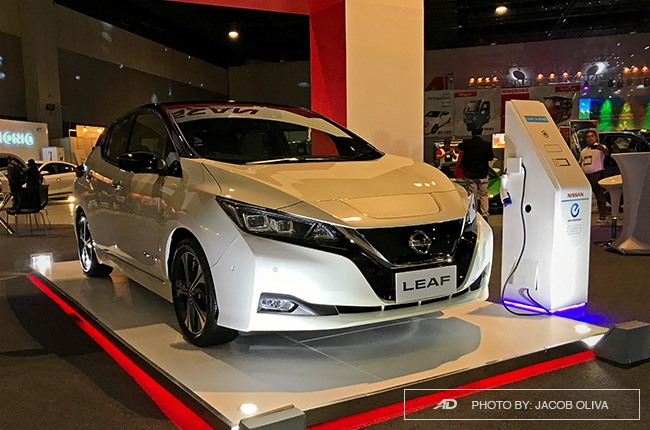 The main drivers of the continuous progress, according to Frost & Sullivan, are the development of low-cost, fast-charging batteries with more capacity. For example, a 60 kWh lithium-ion battery can take the EV up to 322 kilometers – that’s more than the total distance when you drive from Makati City to the white sand beaches of Dipaculao, Aurora.

In addition, the price of lithium-ion batteries has been steadily decreasing. The price for a battery pack fell down below $200 (around P10,700), which greatly affects the total price of EVs.

In the Philippines, EVs are obviously still in the minority. Frost & Sullivan didn’t provide exact figures but just by observing public roads, it’s easy to say that it isn’t plenty. But EVAP sees a continuing momentum in EV sales, driven primarily by several ongoing public and private initiatives.

Just recently, BYD re-electrifies its lineup with the Tang PHEV SUV and E6 all-electric MPV. The brand has been a world leader in electric technology, which sprung from its foothold in battery production. NPI, on the other hand, has been eyeing to push its best-selling, all-electric Nissan Leaf into the market. In fact, the 6th Philippine Electric Vehicle Summit bore witness to the second generation hatchback.

Meanwhile, MMPC is working its way to push e-mobility to public agencies, such as DTI, DoE, and DENR, as well as private academes, by donating Outlander PHEVs and MiEVs for research, study, and localization. Together with MERALCO, quick charging stations have been opened as well to support the initiative. To add to this list, Unioil has put up its first EV quick chargers at its EDSA-Guadalupe and Congressional Avenue sites. 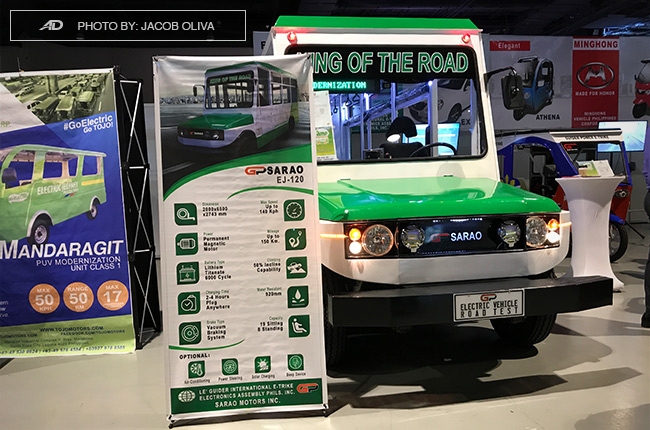 Hyundai Asia Resources Inc. (HARI) is also starting to get a piece of the EV market pie by bringing in the Ioniq hybrid during the 2018 Manila International Auto Show. However, there is no official information about its official arrival yet. Other private players in the EV market include Minghong, Star 8, and BEMAC.

EVAP also sets its sights to the public sector, particularly to the commuting public. According to EVAP President Rommel T. Juan, EVs will take up 10% of the 200,000 public utility vehicles that are part of the controversial Public Utility Vehicle Modernization Program (PUVMP). It, however, needs a lot of help from the Land Transportation Franchising & Regulatory Board (LTFRB), the Land Transportation Office (LTO) and the Office of Transport Cooperatives (OTC).

Apart from that, DTI and the Board of Investments are working on Eco-PUV solutions to give incentives to both EV platform suppliers and builders. This, hopefully, will encourage the switch to electric PUVs, while TESDA works on technical courses on EV maintenance, servicing and repairs in all its learning centers nationwide.

Roadblocks and what nots

No matter how enticing the switch to EVs seems to be, the act of using one poses roadblocks that keep it from becoming a popular option among Filipino car buyers. One of the major concerns raised by potential customers is range anxiety and safety. The former is a more pressing one, as the scarcity of charging stations can make an EV owner worry about reaching a destination without draining its battery.

In the example above, a 300-km drive to Aurora from Makati is possible, however, how sure are you that you’ll have something to charge on at the resort? I’m speaking of non-plugin EVs, of course, which would need specific charging ports instead of a regular 220V appliance socket. In short city drives and nearby provincial drives, though, EV is a viable option, as long as you have a charging station at home. Safety, on the other hand, is a stigmatic issue, which sprung from news of EVs setting themselves on fire, as well as the dangers of flooding, which isn’t really something new in the Philippines. However, carmakers are assuring the public of the product’s safety through real-world tests conducted on its cars. For instance, Nissan claims that there have been no Leaf EV that has been involved in a fire accident, while it’s flood-worthiness has been tested astringently.

Another projected roadblock that customers face would be the government incentives and regulations that might limit the usage of EVs. Vehicles are regulated in the Philippines through the number of cylinders. LTO would also need the engine number in order for your vehicle to be registered. With cars that have no engine, how would the agency be able to regulate?

To be fair, the government is currently working to shape itself towards the incoming market of EVs, and it won't be too long until it normalizes together with cars with internal combustion engines; we just don’t know exactly when. Senator Sherwin Gatchalian, Senate energy committee chairman, has been working on legislating the promotion of the entire EV ecosystem.

What you can do

We have a long way to go when it comes to going fully electric. We may not even see this country completely remove its dependency from fossil fuels. But lessening the use of petroleum products is a great help, and if there would be more users of EVs in the near future, our carbon footprints would be less, which in turn would be advantageous to the betterment of our environment.

I’m not saying that we all should switch to using EVs right away. All I’m saying is to give it a chance and strip yourself of pre-judgments and stigmas that might affect your sensibilities. If other countries can do it, why can’t we? As Hillel, the Elder put it, “If not now, when?”

It’s just a matter of perspective and keeping an open mind about something we haven’t even bothered giving our thoughts in.