At this point, those who dwell in Metro Manila should have seen at least one Hyundai Kona on the road ever since it was launched last year. We all know that it has a polarizing and head-turning exterior design, one that could make someone question the three-tier-headlamp trend that can also be seen in the Santa Fe.

In my general review, it’s a little different with the Kona’s inside, though. Okay, not a little. Here’s why. 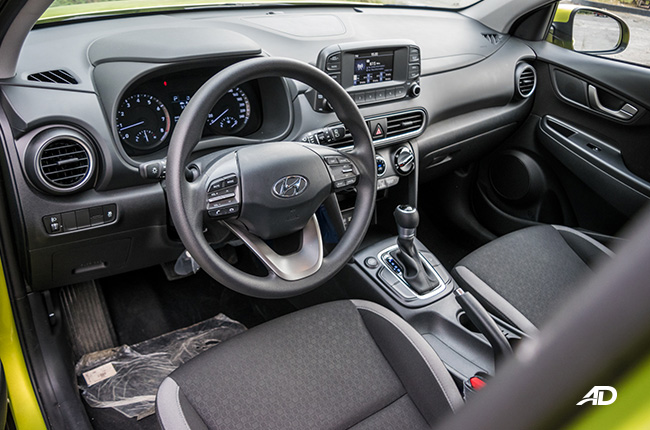 The 2018 Kona’s interior might disappoint those who are looking for fun and excitement inside the car. In contrary to its exterior design, the subcompact crossover has a rather plain approach to its interior styling, starting with its dark gray theme and monochrome displays, infotainment included. The seats have a pattern and have a lighter shade, but that’s about it.

Nevertheless, the minimalist cabin doesn’t necessarily mean a bad thing. The Kona’s controls are clustered nicely and within arms’ reach. A comfortable driving position is also achievable even with the absence of telescopic steering wheel adjustment. The plastics are masked with a matte finish, too, which somehow makes them not cheap-looking, while there’s a soft faux-leather covering on the center console box where the driver could rest his/her right elbow on. 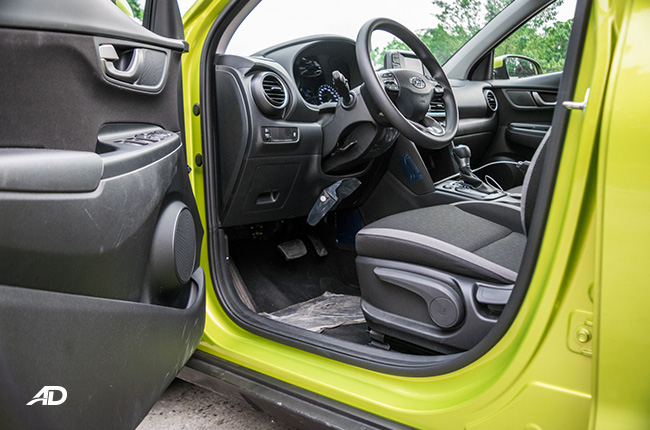 While the interior cabin would suit tastes and preferences, space is just as expected in a subcompact crossover. Taller individuals, meaning those standing around 5’8” and above would be hard-pressed to find comfort at the rear seats, especially if there are three of these people at the back. For the average-sized Filipino, it’s enough.

The seats are comfortable even on long drives, but the middle rear passenger would have to compromise with the absence of a headrest. Cup- and bottle-holders are also abundant inside the Kona, even for the rear passengers. In exchange for the middle passenger, there’s a foldable armrest with two integrated cupholders. 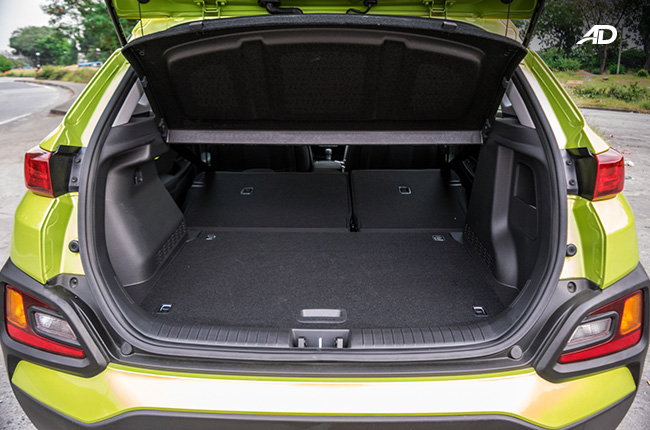 With the rear backrests erect, the Kona’s cargo space is just at par with the other small crossovers out there, which isn’t a good thing. But it still can fit a standard-sized stroller and a few bags of groceries. There’s a trunk lid, as well, which can be removed easily in two easy steps.

The Kona’s major advantage is when the backrests are folded flat to the floor, in exchange for fewer passengers. It maximizes the cargo space extensively, which is pretty perfect for those adventurous types who travel alone or in pairs. 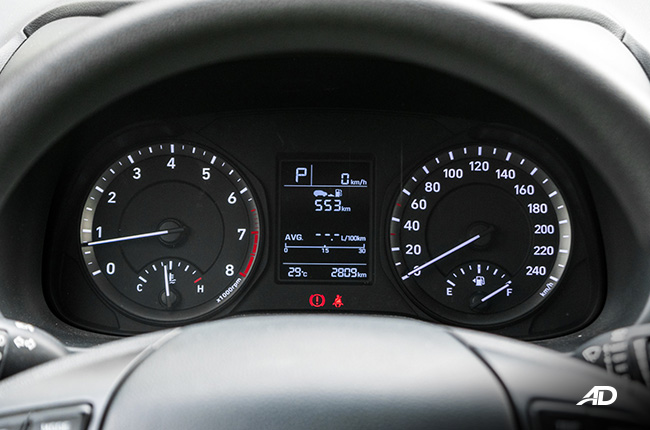