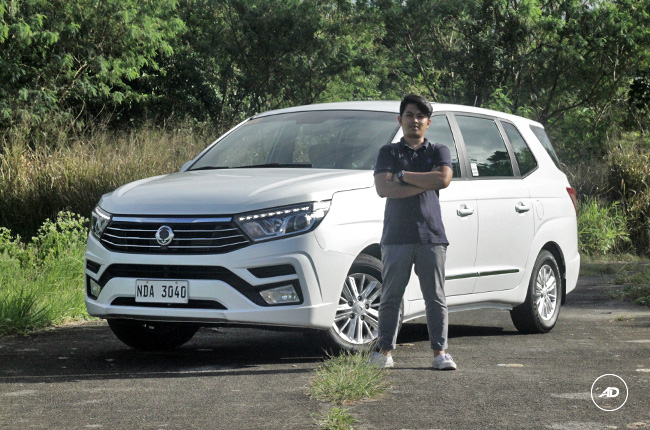 It’s not every day that you pass by a SsangYong vehicle. You know what I mean, right? Relative to cars like the Vios, Ranger, Montero Sports, among others, cars with the ‘twin dragon’ logo are still a rare sight, even to this date. However, that doesn’t mean the South Korean marque isn’t worth a try – even more, after hearing that it was the 9-seater MPV that SsangYong Philippines is lending me.

Okay, let me be straightforward with this, the past designs of the SsangYong Rodius weren’t that good – at least in my eyes. Yet, this facelifted version quietly introduced to the local market in November 2018 was able to pull the nameplate up to par with the brand’s current lineup. I don’t like it or hate it. It’s something I can get by without reacting pleasantly nor violently. Think of an antique vase sitting on one corner of a friend’s house, which could never be a distraction nor an attraction. And so, it goes.

Performance
Engine Output (HP), Acceleration, Transmission, Handling 4.0/5
Design
Exterior & Interior Design, Quality, Fit and Finish, Ergonomics 3.5/5
Ride Comfort
Cabin Comfort, Suspension, NVH Insulation 4.0/5
Safety and Technology
Convenience Technologies, Active and Passive Safety Features 3.5/5
Value for Money
Amount of the vehicle you get for the price, Fuel Efficiency 4.0/5
What You Will Like
What You Won't Like
How We Do Our Reviews 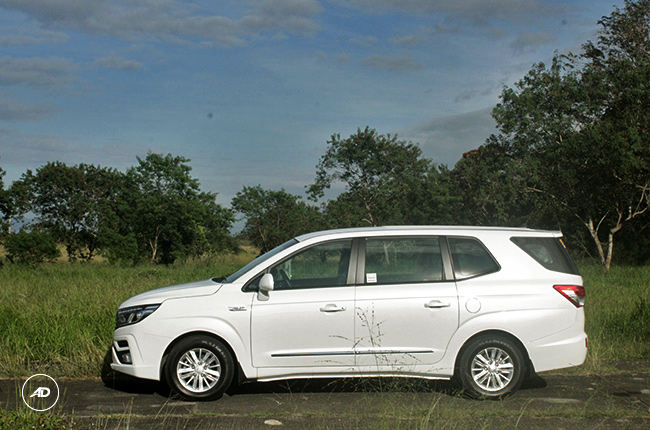 I’ve already hinted what I think about the exterior but that does not mean there were no areas that caught my attention. The bumper design from the 2018 facelift sort of gave it a youthful vibe, add the fact that the headlamps don’t feature a weird shape anymore. I can’t say that these changes made the car look sporty; I’d rather say that it made the car look better. The grille is a lot simpler in this model than what’s on the one we previously reviewed. 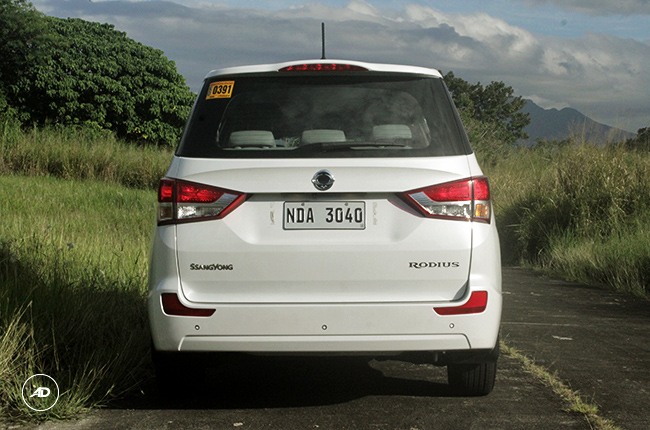 All those changes up front, yet, the rear remained untouched – normally observed on facelifted models. The same thing goes with the side profile; nothing was different except for the new bumper and headlights that gave a different side view of the face. A full profile view of the car lets you wander your eyes all over its 5,130-mm long body, which is longer than your average 18-seater van. Take some time to let that sink in. 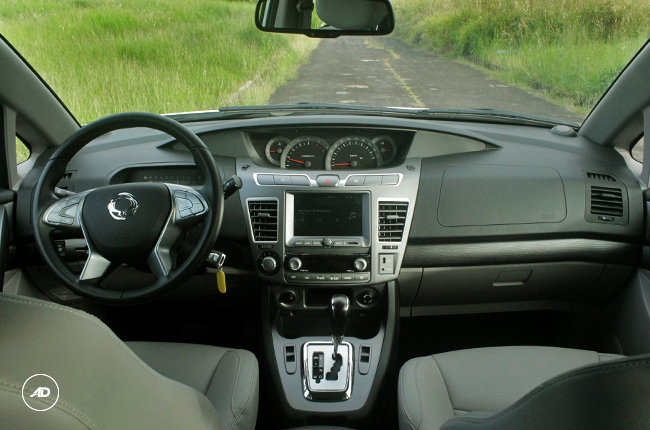 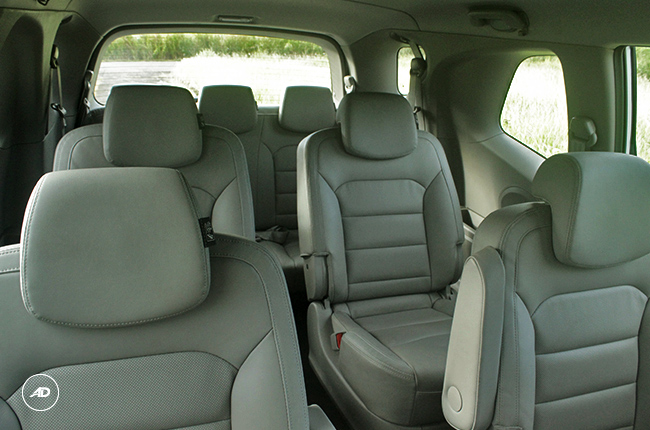 Alright, the interior is not as plush as what you’d expect in a 9-seater, captain seat-filled MPV. There’s an unconventional treatment in the dashboard, where you’ll be able to locate the instrument cluster on the center-top of everything. The center positioning of the instrument cluster slightly makes it harder to check on information while driving, as it’s not in the driver’s line of sight. You could get used to it after driving for days, but the length of time I spent with it was barely enough.

The usual area of the instrument cluster gets a screen with illuminated warning symbols, as well as the gear indicator – just a long strip of a black screen with two rows of illuminated elements, that’s all. The center console unit beneath the instrument cluster, on the other hand, is a big trapezoidal slab that houses the 7-inch LCD Smart Audio display, air condition (A/C) controls, A/C vents, as well as USB and Aux ports. 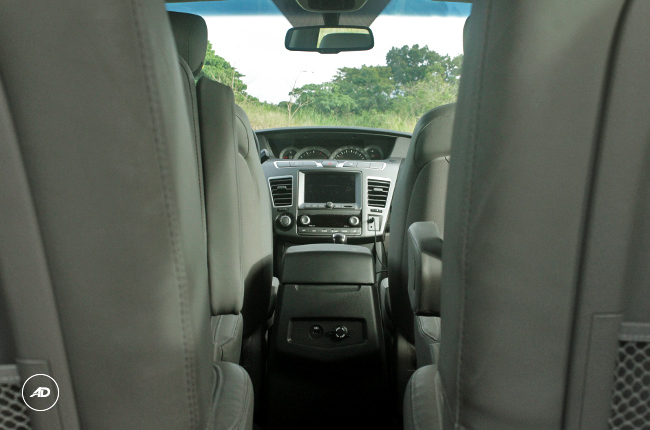 For comfort, passengers would really enjoy four of its fully-reclining captain seats in the second and third row. There is incredible legroom, or should I say cabin room, in general. I was able to fit six boxes of plates (10 pieces in each one) and an additional five boxes of presents in varying sizes in front of the second row and along the center space. That’s apart from having eight passengers inside, plus me as the driver. 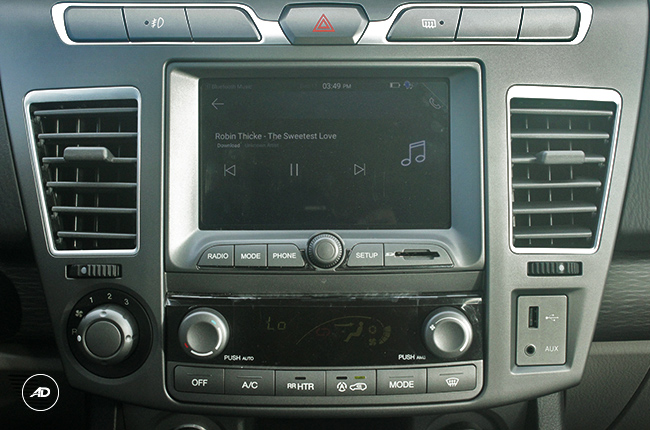 The 2018 SsangYong Rodius comes with sufficient technology for convenience, safety, and added comfort. Sufficient but not plenty, if you get what I mean. It has the basics, things that belong to ‘tier 1’ of features. For convenience, the 7-inch LCD display comes with Apple CarPlay and Android Auto compatibility. It’s great that you don’t need to wait for buffering when pairing to Bluetooth devices, just plug the USB cable in and you’re ready to roll.

The head unit is integrated with a backing-up camera, apart from the rear parking sensors, for safer and easier reverse parking. Comfort is covered by its single-zone A/C with ceiling-mounted vents up to the last row. 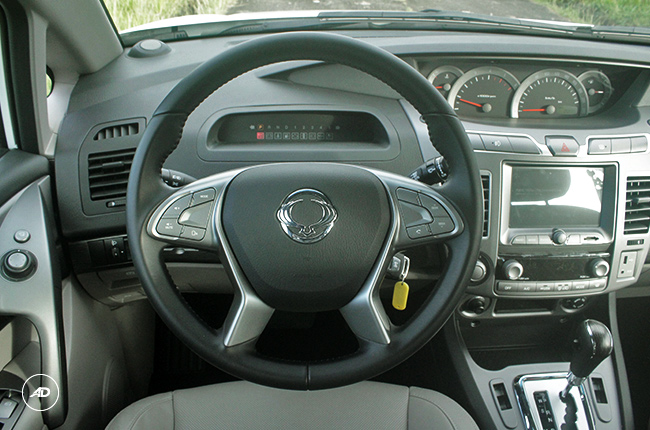 Despite the convenience and comfort it provides, I found the safety features a little short. Airbags are only for the driver and front passenger. However, it comes with rear parking sensors and rearview camera, which makes this long vehicle easy to park. It also comes standard with anti-lock braking system (ABS) and vehicle immobilizer, while lacking ISOFIX anchorages. Before I talk about the driving experience, I have to make sure that the idea of a 5,130-mm long vehicle is already clear. It is indeed a long-ass vehicle, unlike anything I’ve driven before. It’s pretty heavy, too, as braking makes you feel the weight of the back being thrown to the front. The handling is pretty decent, coming from someone who’s not used to driving extensively long vehicles. It’s firmly planted to the ground, which could be due to its 3,000-mm long wheelbase and low ground clearance – 185 mm to be exact.

The 2018 SsangYong Rodius carries over the 2.0-liter diesel engine found on the first iteration of the second-generation model. This mill powers the car with 155 hp and 360 Nm of torque, a power output needed to get a vehicle this long and heavy moving. There’s a manual mode toggled by a thumb switch, if you feel like downshifting when going uphill, or if you’re bored of just sitting and steering. It didn’t feel short of power; the 360 Nm of torque supports the weight of the vehicle well that I found no hard time accelerating from rest. 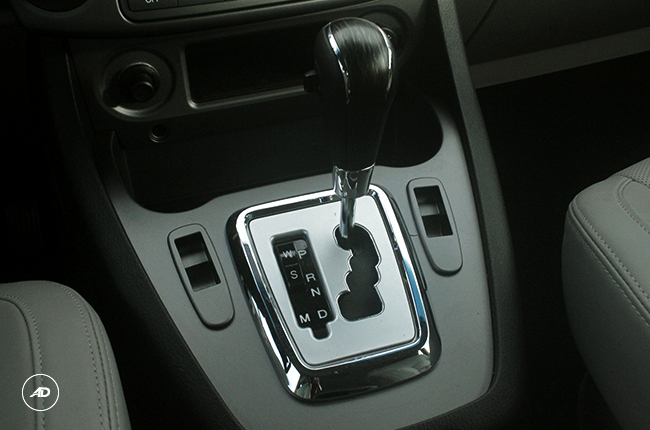 There was no fuel consumption meter on the instrument cluster so there were no actual figures on how thrifty this car is. However, considering that I’ve had it for almost a week and all the Holiday traffic situations the car has been through, I managed to return the car with only half of the 80-liter tank gone – that's driving from Laguna to AutoDeal’s office in Makati on a Christmas season.

But, if you’re not convinced, our review of the older second-gen Rodius showcased a combined fuel consumption at 8.7 km/L when computed manually. Not much has changed in terms of performance so it could still play around that range. At a price point of P1,690,000, I can say that the Rodius is a good bargain versus a car that can only seat seven or five. On a safe ground, it is, by far, one of the most-affordable large MPVs in the local market. However, the presence of more popular nameplates in the segment could be one of its biggest problems. The only thing that could play out for the Rodius is its captain seats, which are a huge comfort for the passengers.

Despite that cliché buyer characteristic most of us are guilty of, there were no unfair judgments given to the Rodius. I still enjoyed bringing it to places—or should I say “it bringing me to places?” Though, I still hold on to the idea that the exterior design still has more room for improvements. Overall, it’s among the most decent-performing large MPVs in the market today, considering its luring price tag and impressive fuel-efficiency. With all said and laid out in this review, I could say that the SsangYong Rodius has the capability to surprise. 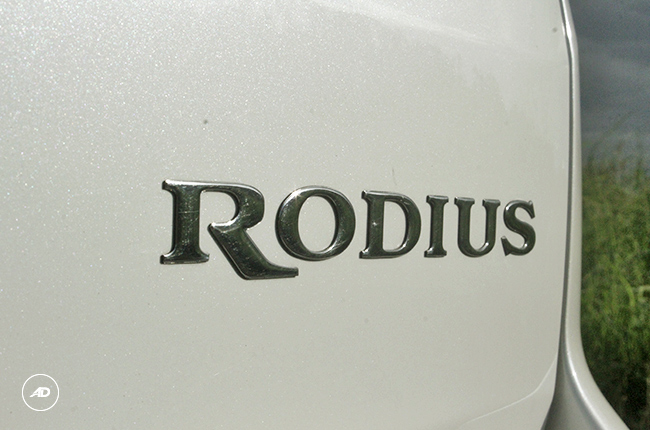 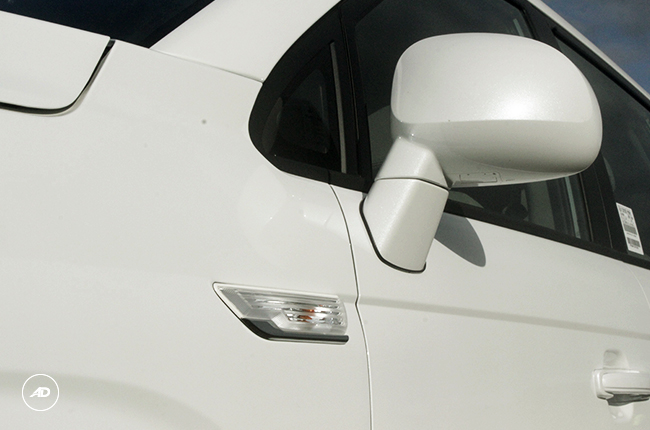 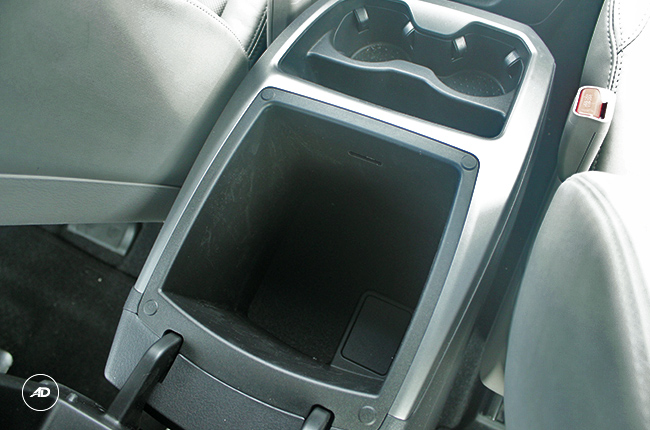 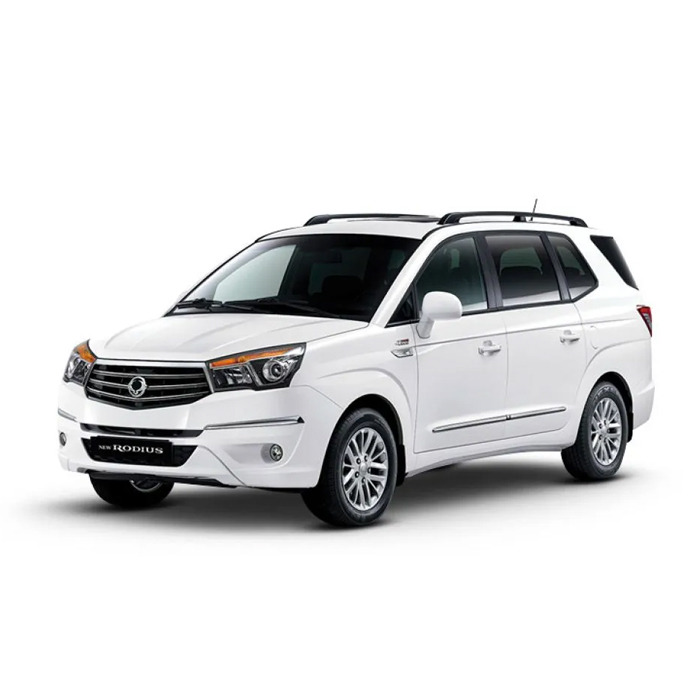