The new Toyota Wigo was launched earlier this year in the Philippines to the delight of those still on the fence for a new car. It’s revamped look is courtesy of new headlights, bumper, taillights, and it now has a rear spoiler (at least for this G AT variant).

A new engine was also placed under the hood. The displacement is still 1-liter, but it’s now VVT-i which promises an improved performance. Check out the video above to see what Caco thinks of the new iteration of the Toyota Wigo G AT. 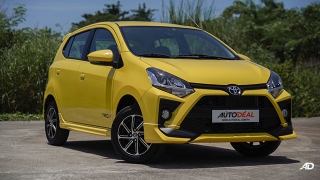 Economic & Practical - the Wigo is a compact hatchback that guarantees to save you money at the pumps.