Honda Cars Philippines Inc. took us to Baguio to drive the new Mobilio, Jazz, and City. We’ll save the City for a later episode though we have to say, it did pass our checklist during the hill climb.

As for the Mobilio, it now moved on from its Brio roots and looks more aggressive. It now has Daytime Running Lights and a refreshed interior while the same 1.5L i-VTEC engine from the previous model is under the hood.

Filipino fans have been asking for it and now, HCPI has fulfilled their requests as the updated Jazz is now available in an RS trim. It has the RS exclusive aesthetic touches, while the interior has a new touchscreen head unit.

Watch the video above to know more about the new Mobilio and Jazz. 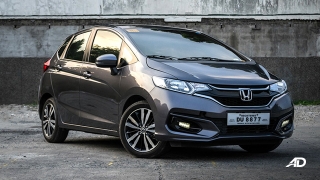