Porsche started in 1948 when they began production of the type 356/1 roadster - a rear-wheel, rear engine roadster that’s also available as a coupé. Shortly after, they won the 24-hour of Le Mans with an improved 356 SL. Since then, Porsche continued wandering and winning in motorsports which gave them lessons they implemented in their production vehicles. 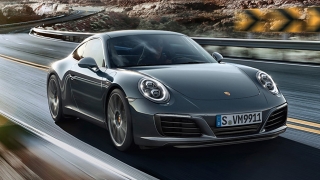