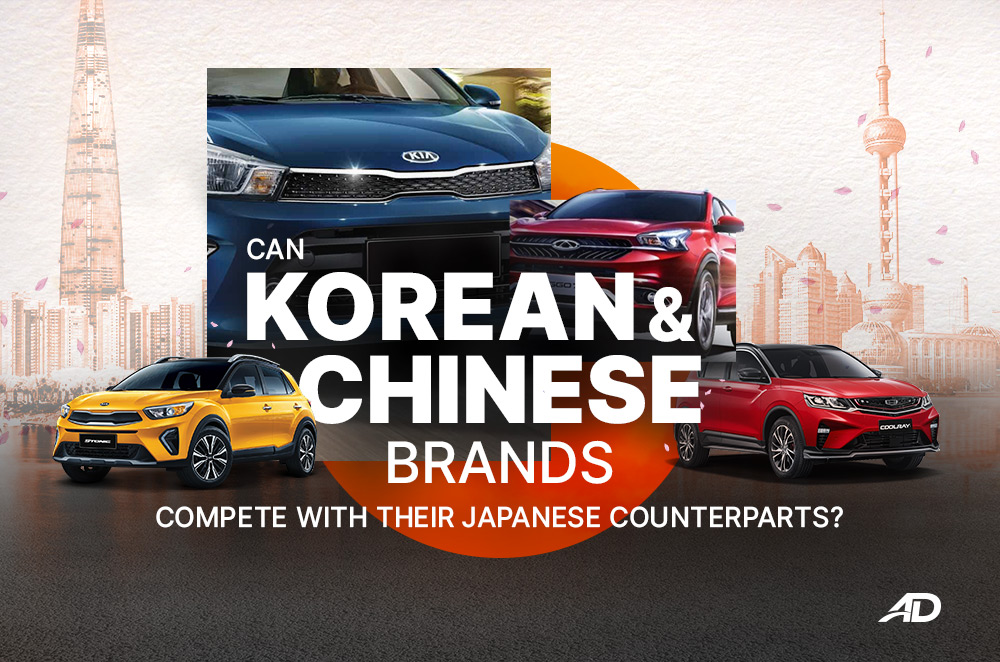 This question weighs heavily on the industry. A few years ago, many consumers wouldn’t even begin to consider a Korean or Chinese automobile, but things change. After being given a few years, the Korean and Chinese automotive industries ballooned in size and their cars just kept getting better and better.

So many consumers will ask, “Can Korean and Chinese brands compete with their Japanese counterparts,” and the answer to that is yes, in some ways, and no in others, let us explain.

Brands are getting more experienced There is no doubt that some of the best cars in the world come from European, American, and Japanese companies, and for good reason. With a lot of history and experience, brands like BMW, Ford, and Toyota are undoubtedly experienced enough to deliver a vehicle of quality. Some people would even argue that European cars are better than Japanese cars in terms of how they’re built and how they drive.

Korean and Chinese brands, on the other hand, are relatively young to the automotive industry. Some brands were established less than 50 years ago, and their competitors come with a history dating back to the 1900s. Brands like Kia have exhibited a lot of western influence in their vehicles recently. From the style, all the way to how their models drive, the South Korean manufacturer’s lineup is definitely something to watch and another thing to drive. Characteristic among European cars, Kia vehicles drive stable at high speeds, and their interiors, while somewhat spartan, feature a more timeless design.

Chinese brands are also taking cues from the western automotive industry. In China, western brands like BMW and Mercedes are viewed as luxury items that only the rich can afford. It comes as no surprise that a lot of the brands from there adopt similar styling cues and specifications. However, there are some brands that are putting a heavy spin on how interiors are supposed to be designed, and we cannot ignore that.

On the corporate level, big names like Peter Schreyer joined the ranks of Kia back in 2006, and the brand’s vehicles have been getting better. The brand even has some Red Dot Design awards to its name for multiple models, one of which includes the Kia Picanto. The South Korean brand seems to impress on the design front, and that’s never a bad thing for consumers. New models like the Kia Stonic are also turning heads with their youthful yet subdued design.

Not to leave out Chinese brands, one particular marque that piques a lot of interest is Geely. It’s well known and documented to many avid buyers that the Volvo brand is currently under the Geely Group. Following the Chinese brand’s acquisition of the Swedish manufacturer, models like the Coolray, Azkarra, and Okavango have all made headlines around the country for being stellar value options that people can appreciate. Build quality in its segment is top-notch, and all Geely models are equipped to the gills with tech features and exciting driving dynamics.

The product speaks for itself Speaking of quality, Korean and Chinese cars have simply become better quality over the years. In the past, it would not be uncommon for reviewers and owners to complain about shoddy build quality. Also, and because these brands were so young, they were playing catch up to some of the more pioneering technologies at the time. Now, however, the brands are still playing a bit of catchup, but they’re matching the big wigs spec for spec, and even outpacing and outpricing a lot of them.

Speaking of matching spec for spec, let’s look at Kia’s Stinger, or perhaps Hyundai’s new N models. Car enthusiasts might remember the old Hyundai Tiburon, a front-wheel-drive two-door coupe that had decent specs at the time. In comparison to the rest of the industry in the early 2000s, it was a hard sell, especially when compared to the other Japanese offerings at the time. Now, however, we’re seeing Hyundai going toe to toe with the likes of Ford and their Focus RS, and Honda’s Type R.

Chinese cars are catching up in their own way as well. Since engine-related technologies are getting more and more common throughout the industry, we’re seeing almost every Chinese car with a turbocharger. Take the Chery Tiggo 7 Pro for example. It would have been maddening to buy a turbocharged Chinese car back in the early 2000s. Heck, Chery couldn’t get it right with non-turbocharged cars, but here they are offering a boosted engine along with a 10-year/1,000,000 km powertrain warranty. Goes to show just how much the brand believes in its products. However, only time will tell on the durability of such powertrains.

On top of that, you don’t need to look into numbers to see that Korean and Chinese cars actually look pretty decent if not outright gorgeous.

A price that’s hard to resist 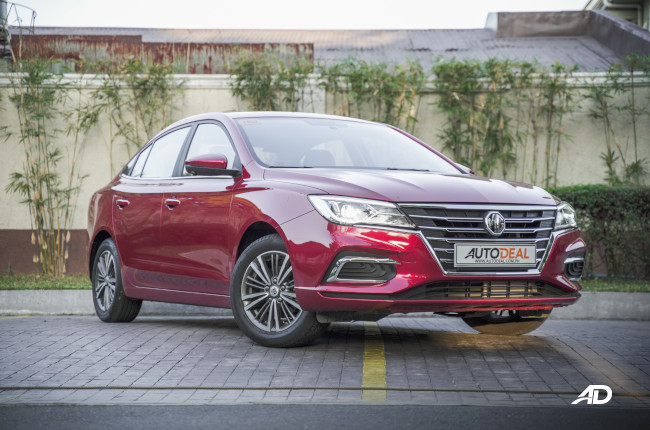 Now, here’s something that is quite undeniable, perhaps less so for Korean cars now, but more so for Chinese cars today. Many models offer way more features and specs for similarly-priced competitors.

For the same price as a competing brand, consumers can get their hands on a car that has turbo technology, a myriad of features, decent driving dynamics, a good level of quality, and most of all, an actual car.

As a point of comparison, if you take the most affordable Toyota Vios, and put it against the base model of the MG 5, spec for spec, the MG will most likely take the win. Specced out in its Core trim, the MG currently retails for just P658,888, while the Vios starts at P681,000. The ‘5’ is more affordable than the Toyota, and you’ll get several luxuries that the Japanese sedan doesn’t offer. Of course, this is only one out of many examples out there in the market. Head on over to our car comparison tool to get a side-by-side view.

It’s hard to find cars that are priced over P2,000,000 in the realm of Chinese-made vehicles. Only GAC has a few models, but even that’s a large SUV that still presents decent value for what it can offer to consumers upfront.

So can they compete?

If you ask us, it’s a definite yes. More established brands need to step up their game because of these smaller brands taking a chunk of market share.

Think about it this way, Japanese brands had to prove themselves and go up against the more established competition at the time. Once they were able to prove that great cars can come out of Japan, then reputation was pretty much established. Now, South Korean and Chinese automakers are facing the same struggles.

In fact, some western brands are manufacturing their vehicles in some of these countries, which only means that both China and South Korea must be doing something right. Although, nobody is forcing anybody to buy Korean or Chinese. If you feel that these brands have reached a level of quality that earns your hard-earned money, then vote with your wallet.

If you do feel like voting with your wallet, you can do so online. You can get a quote and you may even buy a car online if you’re so decided already. Check out our ‘Get Quote’ feature for free, or use our ‘Buy Online’ feature for selected models.