Perhaps there are a few fans out there that are holding on to their Chevrolet PPVs as if they are going away. Unfortunately, the fear is all too real as Chevrolet has been quietly, but rather spectacularly, discontinuing its ASEAN PPV offerings like the Trailblazer and the Colorado. Both models will forever be remembered as some of the Golden Bowtie’s most loved models, only to be replaced by a bunch of crossovers.

To some die-hard Trailblazer and Colorado fans, the introduction of the two new vehicles (the Trailblazer crossover especially) seems like blasphemy. No more diesel, but instead we get gasoline and a unibody chassis. While we do understand the appeal of a hulking SUV or pickup with a chassis that’s riveted together piece-by-piece, the new crop of crosses from the Chevrolet brand in the country, isn’t necessarily a bad thing, and here’s why.

Whether you like it or not, crossovers are becoming very popular 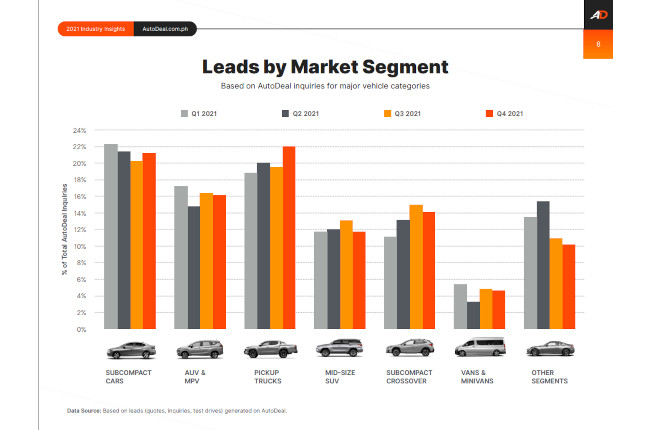 As per our latest volume of Industry Insights, crossovers are slowly gaining traction against SUVs. A few years ago, the SUV reigned supreme according to our metrics even outselling subcompact sedans for a time. Now, however, the demand for big SUVs in the country is slowly tapering off and the crossover segment is steadily gaining traction.

What’s the cause? When SUVs present themselves as an excess in capability and durability, crossovers are just right for the task. Not to mention that the competition that Chevy has to face in the Philippines gets stronger by the day with new updates to the Fortuner, Terra, and even the Montero Sport. The Trailblazer SUV is getting long in the tooth, and no more development for it was allotted by the Golden Bowtie. Competing in a market that’s getting tougher and tougher to make a name for yourself could drain Chevy’s resources, and the subcompact crossover market is rather young at the moment which could be a golden opportunity for the Golden Bowtie.

The Thailand GM plant closes its doors, opening the door to new opportunities

With the closing of the brand’s Thai production facility, the Golden Bowtie had no choice but to remove its two PPVs from the lineup. Without a proper facility with the right tooling, Chevy had nowhere to go to meet the demand for its PPVs. It’s quite a shame, but that allows the brand to move on and into other segments that it once ignored.

With the doors to SUV closed, Chevrolet is put in a rather opportune position to open a new door and make its mark in a segment that it hasn’t necessarily been the best in. Have you heard of the Chevrolet Trax? No? Well, here’s one of Caco’s video reviews for you to digest. It’s not a famous model by any means but part of its name and its legacy lives on in the Chevrolet Tracker.

A new era of design

Just look at the difference between the Trax and the Tracker. This may be a bit mean, but the Trax wasn’t necessarily the most beautiful in its class. The Tracker that replaces it is much more memorable from a design standpoint. It’s not a totally fair comparison given that the Trax is a rather old model, but even back then its design wasn’t the greatest at least in comparison to the rest of the market.

Now, from the Trailblazer Crossover to the Tracker, it’s nothing but sleek sailing for the Golden Bowtie. Let the design speak for itself, it’s a lot nicer compared to before, yes? The only other models in the Chevrolet lineup that are SUVs include large offerings like the Suburban and the Tahoe. Both of these models are excessive for Philippine roads but carry a certain appeal, especially with VIP clientele. Thes SUVs are leagues more refined than the standard Colorado or the Trailblazer SUV, but consumers are getting pickier with their ride quality and crossovers offer the perfect mix of practicality, style, and comfort to meet the demands of Philippine consumers.

Let’s face it, taking a PPV over a few bumps and potholes on EDSA isn’t the most comfortable experience. While it can take it, can the passengers and the driver do it for hours on end? Perhaps not, perhaps yes, but crossovers are more optimal for city driving, and it’s not as taxing to sit in a crossover over a bumpy road—take it from us.

Not a bad thing For the right consumers looking for a Chevrolet vehicle, the SUVs and PPVs will go away, thus ending an era of diesel torque for the brand. That being said, give the crossovers a try. You might not get as much torque as a PPV, but for what you need, either the Tracker or the Trailblazer will do you just fine. Downsizing also has its perks, a large vehicle will be hard to pilot inside the city and parking is less of a hassle with smaller dimensions, plus getting out on the road or off of it is still possible thanks to the ample ground clearance. Sure, you don’t get the Colorado/Trailblazer’s 4x4 system, but for the average Filipino, ground clearance is truly enough.

These two crossovers may improve and replace a model in the lineup, but that allows Chevrolet to make some pretty decent strides in segments that are gaining in popularity. Consumers have had their eyes trained on the segment for quite some time now thanks to several brands starting the trend of affordable and tall vehicles. Chevy may be late to the party, but at least their hat is officially in the ring for good.