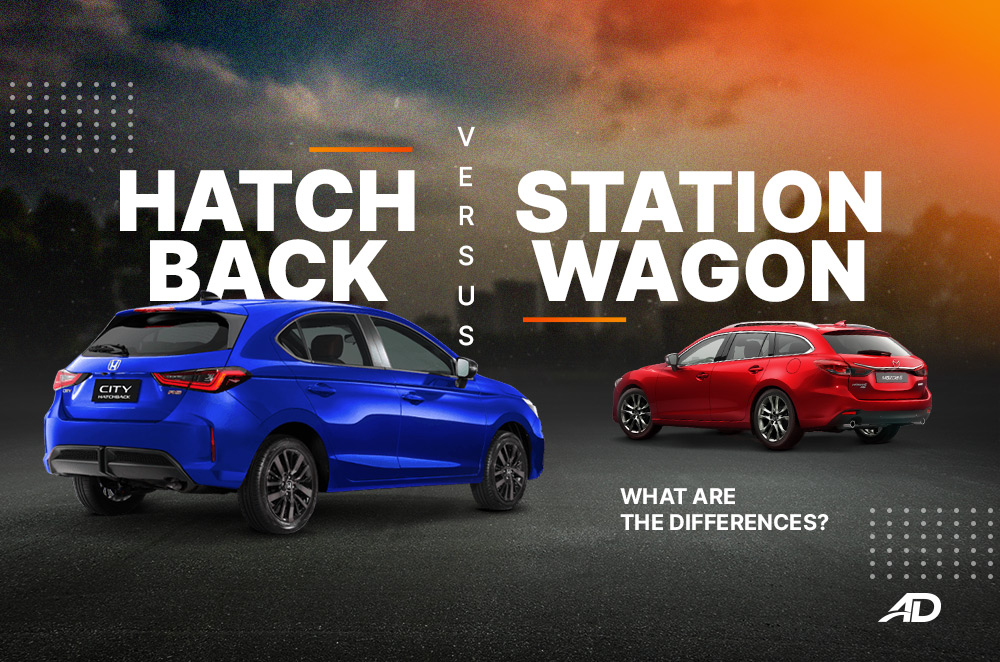 Hatchbacks and station wagons both come with similar design layouts. Both vehicle types come with a two-box design, which means that the passenger and cargo areas are combined into one large compartment. Aside from this, both vehicles come with five doors, including a hatch, and seating for up to five occupants.

The question now arises, where do we draw the line, on whether a car is classified as a hatchback or a station wagon? There is a slight confusion when it comes to these body types. In fact, the confusion in modern cars is prevalent nowadays, as design evolution is slowly blurring boundaries—even between crossovers and SUVs.

That said there are a number of similarities and characteristics shared by the two segments. In this article, we will tackle the differences between both a hatchback and a station wagon—drawing a line to separate one from the other. 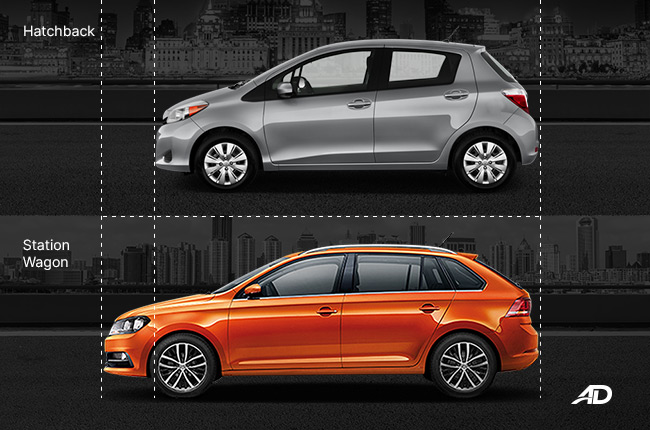 As a bit of a backgrounder, station wagons and sedans typically utilize the same platform as their sedan counterparts. This makes it easier for automakers to make these kinds of vehicles as they don’t have to develop an all-new platform for them, but some still do because they can. That being said, this also means that the roof height and ground clearances between station wagons, hatchbacks, and their sedan counterparts will remain the same.

The obvious difference between station wagons and hatchbacks typically lies in their lengths. Wagons are visibly longer than their hatchback counterparts, with this extra length, more interior space can also be had for cargo and for roomier seating. However, this isn’t always a great way to tell the difference between the two body types, compared to the next few methods.

The number of windows says something 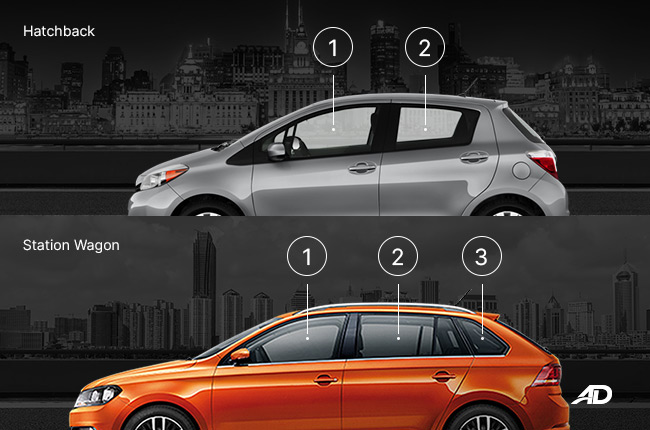 Another way to tell the difference between a hatchback and a station wagon is with the number of windows a vehicle has. A regular hatchback will typically have only two pairs of windows—the ones at the front and the ones at the rear. On the other hand, a station wagon will have at least a set of three windows, with the third pair typically being situated behind the second row of seating. However, it is important to note that this can sometimes not be the case as there are hatchback examples available on the market that do come with three pairs of windows. With that said this leads us to our next section.

Count the number of pillars 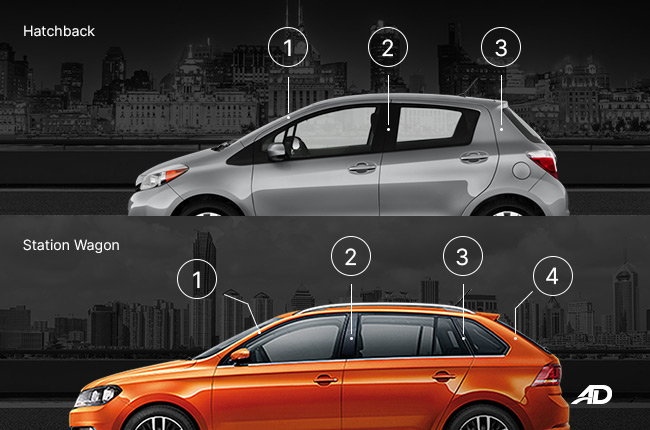 Aside from counting the number of windows, another great way to tell if it is a station wagon or a hatchback is via the number of pillars it has. A hatchback will normally have an A-pillar, B-pillar, and a C-pillar, while a station wagon will have D-pillars added to the vehicle at the rear. While this method is a great way to tell the difference between the two, some hatchbacks may have more than two pairs of windows at the back. This does not mean we can categorize them as station wagons as there is one other way to help tell them apart.

Related: AUV, MPV, or SUV: What are the differences?

Compare the rooflines and rear bumpers 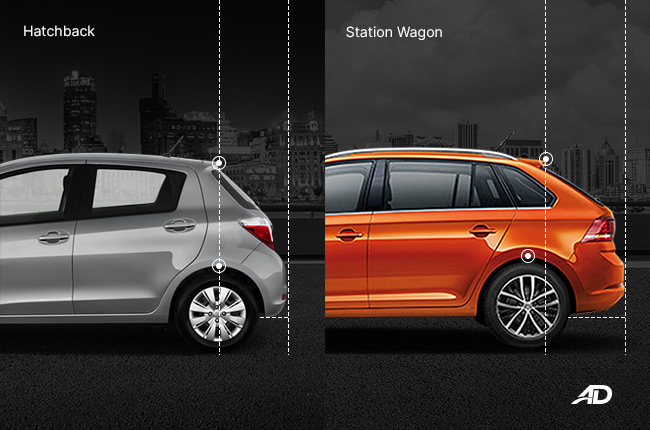 The first three tips that were previously mentioned are all still valid methods of telling a hatchback from a station wagon apart. However, modern car designs could still spark a bit of confusion. An example of this would be a later model Honda Jazz which had more than two pairs of door windows and four pillars in the vehicle, despite it being categorized as a hatchback. This makes differentiating it between a station wagon just that extra bit harder. But there is another more probable method in distinguishing a hatchback from a station wagon and vice versa. It is by comparing their rooflines.

Hatchback roof likes are likely to dip immediately past the rear passenger doors, while a station wagon will have roofs that continue past the rear door. In a simpler perspective, the D-pillar of a hatchback is usually situated on top of the rear wheel arch—resulting in a short rear overhang. In the case of a station wagon, the D-pillar is pushed further to the back of the vehicle, making the rear overhang longer versus its hatchback counterpart. That said, if you apply all of these tips, it will become easier to distinguish a hatchback from a station wagon.