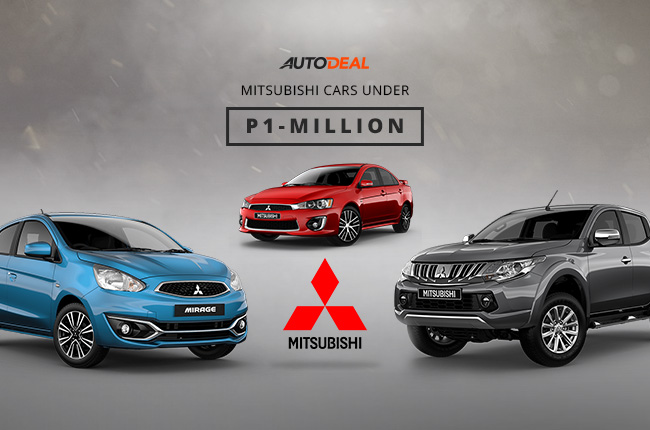 Mitsubishi are among the brands that have the widest selection of cars. They almost cover every segment – from small in-city hatchbacks to huge SUVs. But within their lineup, which of them can you buy under a million Pesos?

In case your budget for a new car is within 6 digits or you’re just curious of the topic, this list is for you. Take note, though, that the prices are subjected to change without prior notice and may differ on provincial dealerships. The Mitsubishi Adventure can be considered an immortal (for now) because just like the Isuzu Crosswind, it has been popular to the buyers even with almost 20 years of existence as a model.

Its popularity can be attributed to its 9-seating capacity and flexibility that comes with a relatively affordable price tag. This makes it a top choice for families who want to get more out of their car without breaking the bank. The L300 is a commercial vehicle that can be bought in variety of body configurations. The lineup is also available in short (Deluxe) and long wheelbase (Exceed) versions, which further maximizes the flexibility that the car can offer.

All L300 variants are under P1 million, except for the Exceed XV Body in school bus configuration, which has a price tag of P1,047,000. The entry level and manual variant of the facelifted Lancer EX can be bought for P850,000. However, being the lower variant doesn’t mean that it lacks features. At its price, it already has cruise control, LED daytime running lights (DRL), and a GPS-ready 8-inch LCD touchscreen head unit. If you’re a fan of compact sedans, this model is one of the least expensive out there. Add the fact that it’s a Lancer. Ever since it received a facelift last year, the Mitsubishi Mirage hatchback has continued to become a favorite among car buyers in AutoDeal. In fact, it took the 7th spot on the Most Transacted Vehicles on AutoDeal for 2016.

Who can blame the buyers? With that price, the top-of-the-line Mirage GLC CVT is already packed with features such as push start button, automatic air conditioning system, keyless entry, and a GPS-ready 6.5-inch LCD head unit that can play DVDs. 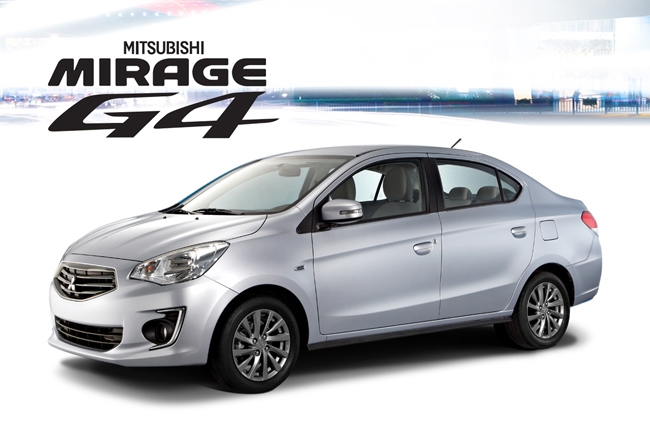 Just like its hatchback brother, the Mirage G4 is one of the most popular car models in AutoDeal for 2016. It took the 8th spot on the most inquired for, while landed the 5th spot among the most bought.

As for its features, the Mirage G4 is almost the same as its hatch counterpart, except for the added trunk space. It’s not just the small Mitsubishi cars that are within 6 digits. The entry-level, manual GL variant of the Strada can be bought for P955,000. At this price, you will already have the power of the 2.5L DOHC turbocharged and intercooled direct injection diesel engine of the diamond brand’s midsize pickup.

Although, you will need to settle down for the bare essentials for its features. Nonetheless, it’s already equipped with a 1-DIN In-Dash head unit with Aux-in, USB, and Bluetooth connectivity, plus standard safety features such as dual front airbags and anti-lock braking system (ABS).