MPVs in the Philippines are a staple. It is almost impossible to not see one on the road. The term MPV actually stands for “multi-purpose vehicle,” and this class of vehicle excels in value for money and practicality. It really is hard to beat a segment with great value and a lot of versatility, but what about fuel economy?

In the MPV class, we’re mostly seeing 1.5-liter engines driving these cars that are larger than your typical sedan. You’d think that the fuel economy wouldn’t be that great, but we’ve compiled a list of the most fuel-efficient MPV’s to counter assumptions.

For this list, we’ll be going off our point system from prior fuel efficiency lists. We’ll be adding the two fuel figures we got in city traffic and on the highway. Combined, this score will determine where the vehicle sits in terms of ranking, and to kick off the list, we’ll be counting down to the best MPV with the best fuel economy. The Rush is a peculiar car. It’s one of the best-selling in its class, however, it has a tendency to be a bit heavy. Built on a ladder frame, it promises to be strong, but a bit heavy. It seems that the 1.5-liter 4-cylinder engine seems to struggle with the weight of the frame. While that is the case, the fuel economy figures are better than expected, netting us a 6.9km/L in the city reading and 14.1km/L reading on the highway. Built on a unibody chassis that is also shared with the Honda Brio, but longer, the Honda Mobilio is definitely a car that seems like it is fun to drive. While it won’t run fast on the drag strip or run the highway at break-neck speeds, it is a great-handling MPV that has a bit of pep in its step as most Hondas are known for. Equipped with a 1.5-liter naturally aspirated 4-cylinder engine, the Mobilio is also one of the more powerful models in the market without a turbocharger with 118 hp on tap and 145 Nm of torque. That power is fed to the wheels via a CVT, which should help fuel economy. However, we were only able to get 4.9km/L in the city, but the Mobilio was able to make up for that with its 16.9km/L reading on the highway. The van-like MPV is Maxus Philippines’ contender in the segment. Equipped with a decent amount of kit, the G50 is Maxus’ fighter in the arena, sporting bigger and chunkier panels and more substantial specs compared to its rivals. The G50 is one of the more powerful models in the market equipped with a 1.5-liter turbocharged motor that produces 167 hp and 250 Nm of torque. These figures are very healthy for the class, and more commonly seen in compact crossovers and sedans. Maxus has done well to make its G50 a contender among the other 7-seaters by literally one-upping the competition. You get 8-seats instead of 7, and a lot of power on tap. On top of that, the fuel economy ain’t half-bad either as it managed to get 8km/L in the city and 15km/L on the highway. Hot off the success of the Coolray and the Azkarra, the Geely Okavango is perhaps one of the best values for money in the market today. It has the most advanced and most powerful engine among its competitors and it also has the good looks and the build quality to match. While it isn’t as posh as the Coolray or Azkarra, it is a 7-seater that will be able to make you smile ear-to-ear with its wonderfully-distinct driving dynamic and its feature-set. Just to sweeten the deal, it comes equipped with a 48-volt mild-hybrid system that comes with a 1.5-liter turbocharged 3-cylinder motor and an electric motor that helps it achieve up to 190 hp and 300 Nm of torque, which is almost diesel-like in its performance. Because of that, we were able to get 7km/L in the city, and 17.5km/L on the highway. 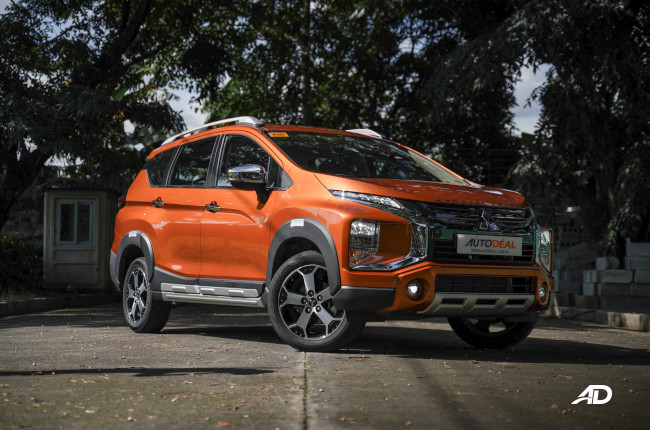 The most dolled-up version of the Xpander is the Xpander Cross. Mitsubishi’s MPV does well to get great fuel economy figures, and it does well to deliver a great ride at the same time. That being said, you get 7 seats with this model and a lot of accessories that give it a Montero Sport-like appearance. More SUV-like now, but it still retains its unibody chassis and its stellar fuel economy, which it inherits from the normal Xpander. We were able to get 9km/L in the city, while the highway run we had with it granted us 16.5 km/L. It comes as no surprise that one of the most popular MPVs out in the market today was able to achieve a great score. It is also no surprise that the Toyota Innova makes the list because it is a diesel engine. Equipped with the brand’s tried and tested 2.4-liter turbodiesel, we were able to get 8.2km/L in the city and 18.7 km/L on the highway. We’re surprised the Innova didn’t rank higher, but it has a ladder-frame chassis, which does weigh it down, leading to a 5th-place finish, which is still a feat in a sea of very efficient MPVs. It was able to beat its flashier sibling, the Cross, but because it is not laden with a lot of accessories, the Xpander is still more fuel-efficient than the Xpander cross. Smaller wheels and a lower ground clearance figure allow the engine to be less stressed, and the vehicle to slip through the air easier. The engine is the same as the Cross with a 1.5-liter gasoline motor running the show, but we were able to get 10 km/L in the city and 17 km/L on the highway. 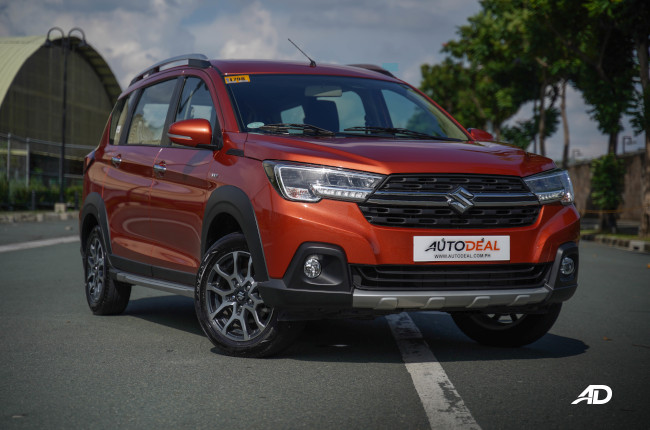 Based on one of the most popular Suzuki vehicles in the country, the Suzuki XL7 rides taller and is a bit more stylish compared to the Ertiga. Equipped with different sets of wheels and some tasteful accessories, the XL7 is quite a looker with its front fascia sporting mild but noticeable changes over the Ertiga. In the city, we were able to get 9km/L, however, on the highway, the XL7 was truly impressive scoring 20km/L. 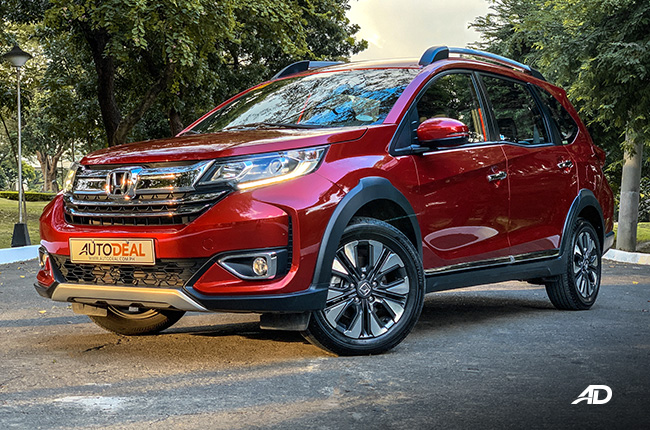 The more SUV-like version of the Mobilio, Honda’s BR-V is a cross between the popular CR-V and the brand’s entry-level 7-seater. The BR-V nestles nicely in the middle of the two models. It has the same gasoline engine as found in the Mobilio, but it has more ground clearance and more SUV-like aesthetics that will help it stand out on the road. During our testing, we managed 8.8km/L in the city and 21km/L on the highway, which is not bad at all. 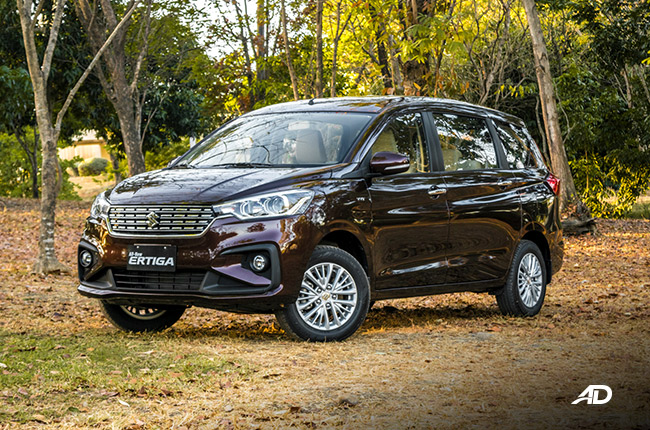