Let’s face it – most pickup truck buyers won’t take their trusted steeds on hardcore off-road sessions. Some would consider purchasing a 4x4 variant given the top-notch features it offers, while some crave for that extra certainty which may be needed during unpredictable conditions. With all that in mind, Ford Philippines took us on a spectacular off-road adventure in order to showcase the capabilities of the Ranger Wildtrak and the Ranger Raptor. Two strong nameplates which uphold the “Built Tough” heritage of the brand.

Apart from the off-road course, we used the Ranger XLT 4x2 AT as our transport vehicle going to Sacobia River, which is located in Clark, Pampanga. Instructions were delivered before we commence with the activity. As a first time off-roader, I paid close attention to their tips and further explanations with regards to the capabilities of the Wildtrak and Raptor. 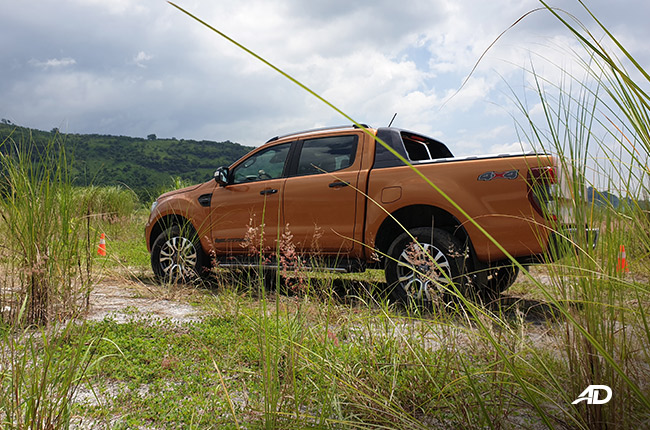 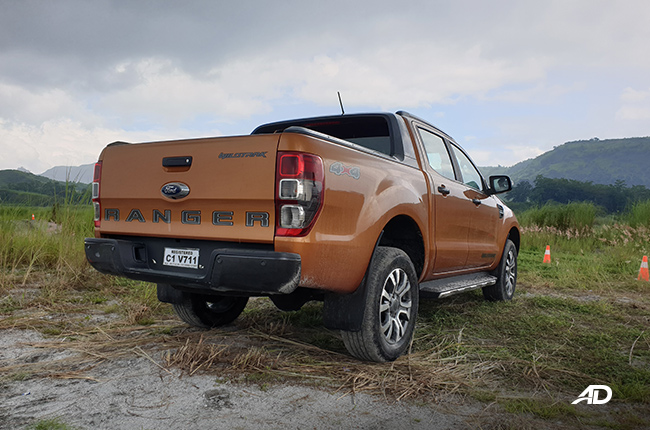 The first portion of the activity was the so-called “technical test” where we put the Wildtrak’s 4x4 capability into good use. Of note, I was already satisfied with the overall performance of its 4x2 counterpart after having it driven on the road. In fact, the Wildtrak made me love pickups, given its top-notch features, pleasing driving dynamics, and the light steering which is somehow comparable to some of the crossovers I’ve driven.

There was a bit of uncertainty going on with me throughout the entire activity since this is my first off-roading session, but thankfully we have instructors who served as our guide during that time. The 4x4 version boasts a more athletic 2.0-liter Biturbo diesel engine, which produces a healthy 210 horsepower and 500 Nm torque. Power delivery was more instantaneous than its single turbo 4x2 counterpart, as going through inclines and uneven terrain was easy peasy. During tricky situations such as this, the Ranger Wildtrak has two distinctive modes to select on, 4-High or 4-Low mode. Both modes are switched depending on the condition you are currently situated on. The hill-descent control played a significant role throughout the obstacle, as each managed to gently crawl down those steep inclines.

This particular exercise made me realize that off-roading doesn’t work as simple as how I thought it would. As it involves some terrain features which may require in-depth understanding before using so, and of course the proper throttle and steering application which is a matter of accurate calculation as you venture certain obstacles.

The Bigger Boy of the Pack 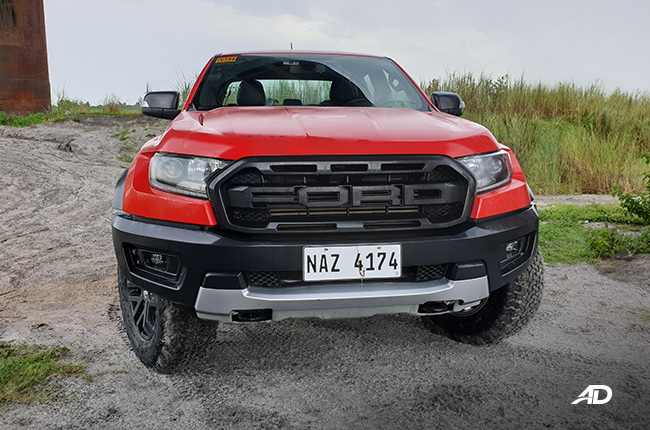 After experiencing the renowned traits of the Wildtrak 4x4, we then played with the bigger boy of the pack, the Ford Ranger Raptor. We put its capabilities to the ultimate test, by letting it cross through the extensive lahar beds of Sacobia River.

Before all, I’ve also driven the Raptor on the highway and performance-wise, it does offer an extensive amount of power which stretches your overtaking confidence. Despite its size, though, it’s still easy to maneuver the vehicle as mainly complemented by its light yet planted steering. Comfort has also been a major advantage of this big boy, given the addition of the special Fox long-travel shock absorbers. 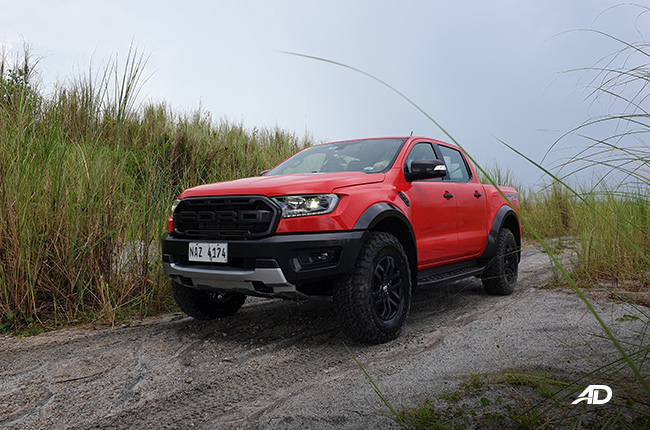 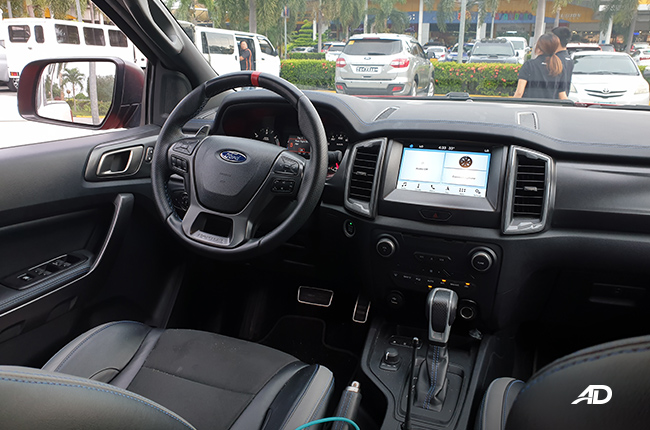 To start off, each participant wore balaclavas and helmets. As we cruise the lahar beds of Sacobia river, we had the chance to experience the Raptor both as a passenger and driver.

My experience at the back seat of the Raptor was sort of like a roller coaster ride, overflowing with excitement and joy (and a bit of fear) circulating my system. What truly amazes me though was how well this machine absorbed certain bumps and rocks even at high-speeds. As its Fox Racing shocks did not only spell for comfort but rather stability through the sandy crest and troughs.

Switching my way to the driver’s seat has made me realize how much of a bigger vehicle this feels in comparison with the Wildtrak and Ranger XLT, yet I’ve managed to smooth sail Sacobia River up to 120 km/h without any form of hesitation. It gave me that instant confidence to push the capabilities of this truck to the limit. Not to mention, the Baja Mode does bring that sensational off-road feel as I cruise through some deep potholes, rocks, and uneven terrains.

The Raptor is truly the ultimate go-anywhere machine, it’s sort of a Ranger Wildtrak packaged with more hardcore features that you’d need during tricky obstacles such as this. In the art off-roading, you’ll need accuracy and confidence in order to outdo all obstacles. Apart from that, you need a trusted steed that can accompany you on your extraordinary journey. Undoubtedly, both trucks performed well during both of its respective tests, and the Wildtrak 4x4 and Raptor proved itself worthy of being considered as a certified go-anywhere vehicle – trucks that offer you comfort, decent features, and esteemed off and on-road capability that can surely take you to such places.