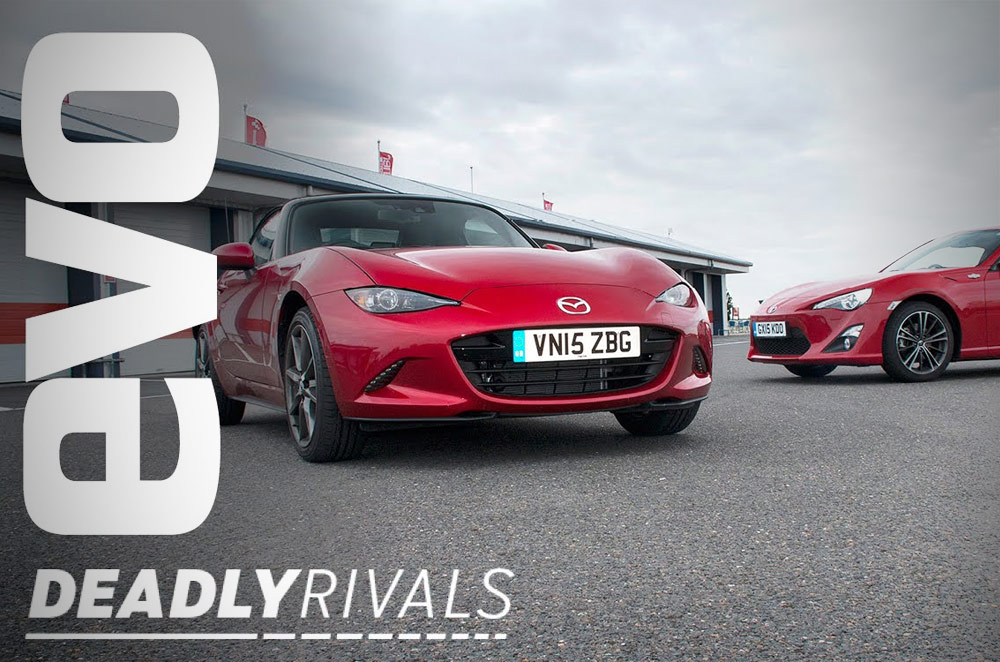 This is the matchup we've all been waiting for, to see Toyota's and Mazda's latest take on the ultimate lightweight rear-wheel-drive sports car go head-to-head on track. So which is better, the 86 or the MX-5?

We're quite sure that you'll find similar reviews on YouTube, but we really wanted to wait for the British performance car bible 'evo' to give it a go. Why? Because they're damn good at it. And on this episode, Dan Prosser got to play with both Japanese sports cars on the most fitting proving ground, which is the race track.

Do note, however, that what they tested were UK-spec models which explains why they refer to the 86 as the GT86. But aside from the naming difference, the Toyota still packs 200 hp from its 2.0L boxer engine while the Mazda MX-5 runs on a 160 hp 2.0L Skyactiv engine. More importantly, both vehicles were driven via the rear wheels with a proper 6-speed manual box.

Find out which is the better animal, the Toyota 86 or Mazda MX-5 by watching the video below. You can also compare both vehicles spec-to-spec using the AutoDeal Car Comparo Tool.