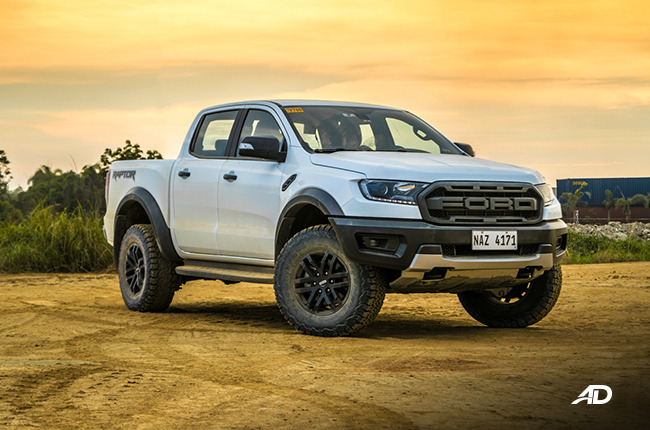 Funny how they use a prehistoric reptile to name what is the best and most advanced line of performance trucks from Ford. While it is ironic, the name bears with it a type of ferocity that only the toughest and fastest trucks can deliver. Enter the Ford Ranger Raptor, a truck built off the fossil of your typical Ranger, but with added bits and bobs that make the already sizeable – for the Philippines – Ranger, a small lizard in comparison.

Here is the Ford Ranger Raptor, and why it is different from a regular Ranger. In this feature, we’ll be using the Ranger Wildtrak 2.0L Bi-turbo as a stand in for the rest of the Rangers. Keeping the dinosaur theme going, these two Rangers side-by-side can be paralleled to the Tyranasaurus Rex, and the Velociraptor – ironic. While both are part of the same family of vehicles, size is one of the factors that separate the two models. The Ranger Raptor is incredibly wide, bulbous, and muscular. It is as reviewers say, it looks like a it ate the Wildtrak, and used its bones as barbecue sticks. Exaggerated? Possibly, but if you have seen a Ranger Raptor on the streets of Manila, you know that it is an imposing presence. Widened fenders, tow hooks in the rear, a big grille with “Ford” molded in, Raptor badges tatted all over, skid plates galore, and not to mention the ride height and the massive all terrain tires rolling on blacked-out wheels. There is no denying its presence when you see it, and the Wildtrak just seems so ordinary next to it. Again, the Ranger D.N.A. is still here, but better. There are several details that make the Ranger Raptor such a joy to be in. While the outside is getting dirty as heck, the driver and his unfortunate passengers, will be spending their time in an interior that is fitting for a high performance car. Leather and alcantara seats signal that the occupants will be in for a wild, but secure. ride. The steering wheel is also clad in leather with a small red ring adorning the top of it. The gauges are different as well, with different typography and texturing in the dials. 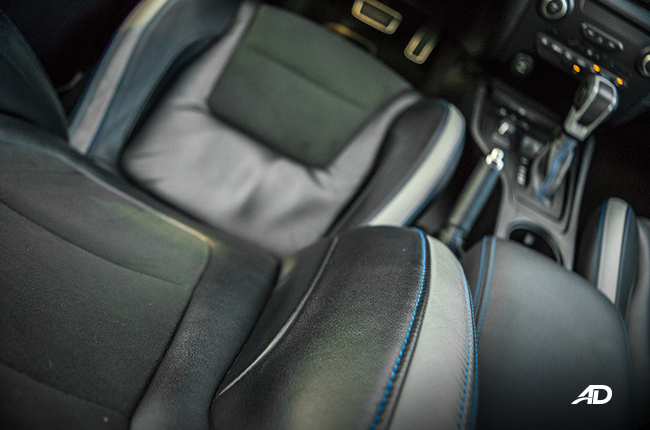 Blue stitching can be found all throughout the cabin. There is no seam left unstitched with blue thread in this pickup. Because this is a Ford Performance vehicle it does need an accent color, but this is an allusion because there is something else that is blue – it’s something really special. 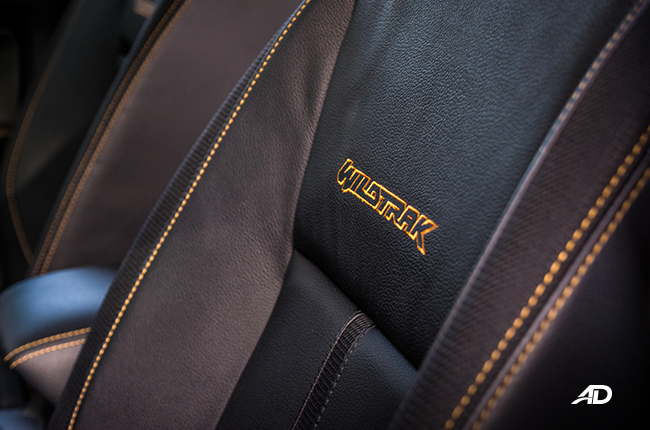 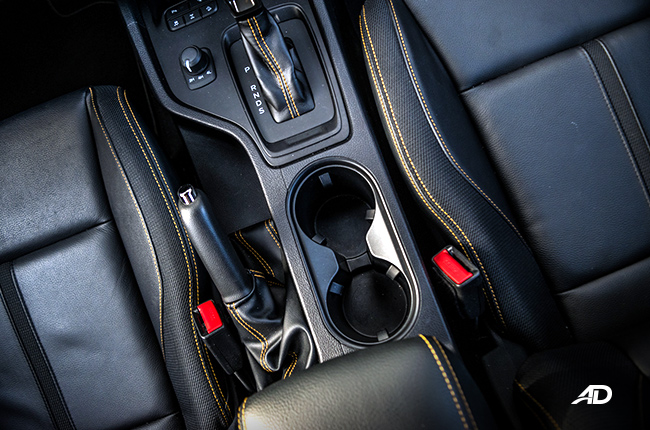 The Wildtrak does have leather upholstery, but with orange stitching. The alcantara inserts are also absent here. 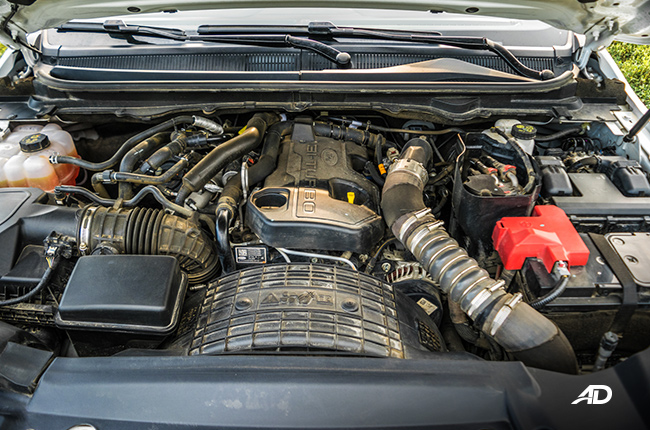 There is something else hiding underneath. We are not referring to the engine, since the Ford Ranger Bi-Turbo Wildtrak has the same 2.0L with two turbos. Go down in the Ranger lineup, and you will find that other variants have either the 2.2L diesel, 3.2L diesel, or the 2.0L single turbo engine. This bi-turbo mill is simply the best engine that you can get in a Raptor and is a huge plus for the Wildtrak because it can be had for less money. 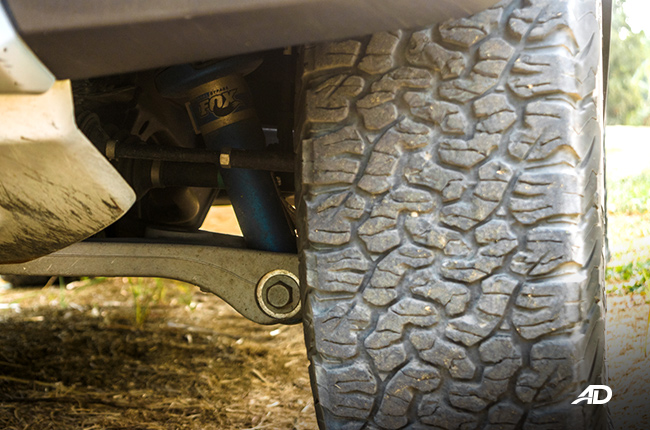 The real difference, and what the blue stitching in the interior matches on the exterior, is the Fox Racing Suspension. Some say that these components are priced in the ballpark of P300,000 in the aftermarket. Fitting since the amount of money separating the Wildtrak and the Raptor is P303,000. With this setup, the Raptor gains a considerable amount of height and width over the Wildtrak, giving it more ground clearance and off-road capability. Going back to our analogy, the Velociraptor is more tuned to a lifestyle in tighther spaces. The T-Rex prefers the wide plains, and needs a big area to stretch its legs. The smaller of the two can squeeze through small cracks and crevices, while the larger cannot.

The same rings true for the Ranger Wildtrak and Ranger Raptor. The Wildtrak driver will be able to park and navigate traffic jams much easier. The Ranger Raptor driver on the other hand, has to be mindful about the width of the vehicle. The Ranger Raptor does enjoy a lot of dirt, because like its counterpart in our dinosaur analogy, the Raptor prefers adventure, and a dirt trail, otherwise its Fox suspension is just another underutilized piece of equipment. The Wildtrak, however, is a smaller version, and like the Velociraptor, it can go off road, but it won't trample the ground like the Ranger Raptor on faster trails. On slower trails, that the Wildtrak could be on an even footing, but the ground clearance alone might not be enough for terrain especially with mud.