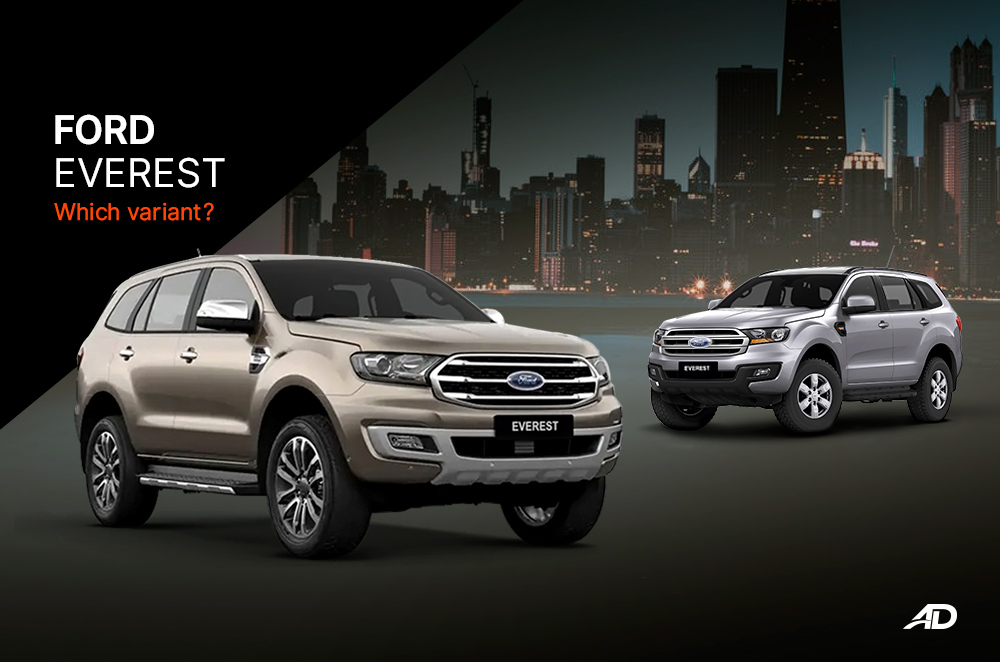 The current generation Ford Everest has been in the Philippines since 2015 with the Blue Oval giving the vehicle a minor refresh in 2019. The American brand initially brought in the Titanium versions of the vehicle with its 4x2 and 4x4 variants back in the previous year. Come 2020, however, and Ford Philippines has completed the lineup with the addition of the Trend and the newest variant the Sport. With these new variants now on sale, we take a look at which model could possibly suit you the best. It is important to note that the entire Ford Everest lineup is only available with an automatic transmission and as such there are no manual transmission variants currently available. 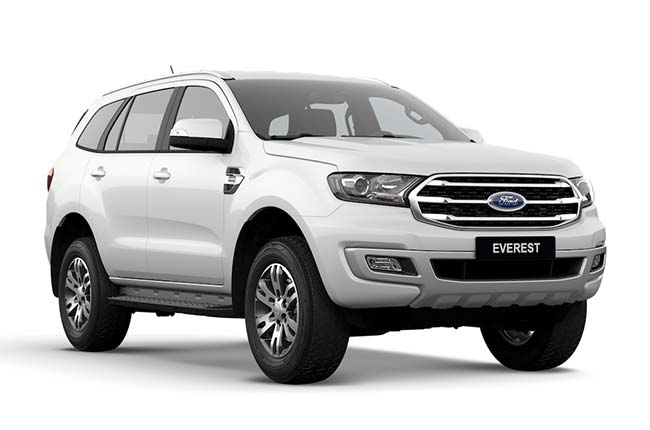 The Ford Everest Trend made its debut in the local automotive market earlier in 2020. This gave interested buyers the opportunity to get their hands on the brand’s popular SUV at a more affordable price point. While it is the entry-level variant and doesn’t get all the features it still has a lot to offer. It comes with leather seats, while the power-adjustability is gone it's still a nice touch to have for an SUV costing P1,790,000. While it doesn’t have a navigation system, it does come standard with Ford’s SYNC 3 8-inch color TFT touchscreen infotainment system and a premium 10-speaker sound system with a wub-woofer and power amplifier. While driver aids are not present in this trim-level the Ford Everest Trend still retains the same 7-airbags that the other variants have. Features such as the power liftgate are also not present in this trim-level.

Power-wise the Ford Everest Trend comes with a much older but equally powerful 2.2-liter turbo diesel motor. It pushes out 157hp and 385 Nm of torque. This is then mated to a 6-speed automatic transmission which sends power exclusively to the rear wheels. The new middle child in the lineup is the Ford Everest Sport. It comes with black accents, black wheels, and a new unique grille to help separate it from the rest of the lineup. On the inside, the SUV comes with black leather as the seat material that comes with a special debossed ‘Sport’ logo on the front seats. As the middle child in the family, you can expect a good array of technology in the vehicle. It comes with Ford’s SYNC 3 8-inch touchscreen infotainment as well as a 10-speaker audio system. Further creature comforts include an 8-way power driver’s seat, smart keyless entry with a push start system, and a power liftgate with a hands-free function. Ford has also bundled the car with a rear-view camera and parking sensors – a must for an SUV of this size.

Powering the Sport variant is the same engine found in the 4x2 Titanium variant. This gives the SUV177hp and 420 Nm of torque. Like its higher-tier sibling, it too comes with a 10-speed automatic transmission that sends power exclusively to the rear wheels.

As the middle child, it comes with a price tag of P1,868,000 just P78,000 more than the Trend, however, it comes with a better value for money proposition thanks to the features that it has as standard. On the other end of the spectrum, you've got the Ford Everest Titanium 4x2 and Ford Everest Biturbo Titanium 4x4. Coming in with two variants, the Titanium is the Top of the line, cherries on top model. With its 8 inch TFT touchscreen, Apple Carplay, and Android Auto, on top of its array of safety features. This makes the American SUV not only easier to drive but feature-packed as well.

Unlike the other models in the lineup, the 4x4 variant comes powered by the same engine found in the Ford Ranger Raptor that gives the vehicle 210hp and 500 Nm of torque thanks to its twin-turbo diesel engine for the 4x4 variant. To all of its wheels via a 10-speed automatic transmission that gives you the most that it can offer all while giving you the best traction possible on uneven terrain with its four-wheel-drive system.

It is important to note that this updated model no longer comes with a 2WD mode as standard, which means that all four wheels are getting power with the differentials unlocked. Speaking of differentials, those who will want to take the Ford Everest off-road will be happy to know that it does come with an electronically locking differential for the rear.

The Ford Everest Titanium 4x2 variant, on the other hand, comes with just one turbo but utilizes the same engine as the 4x4 model. This gives it 177hp and 420 Nm of torque. Like the Sport variant before it, it too comes with a 10-speed automatic transmission that sends powers just to the rear wheels. 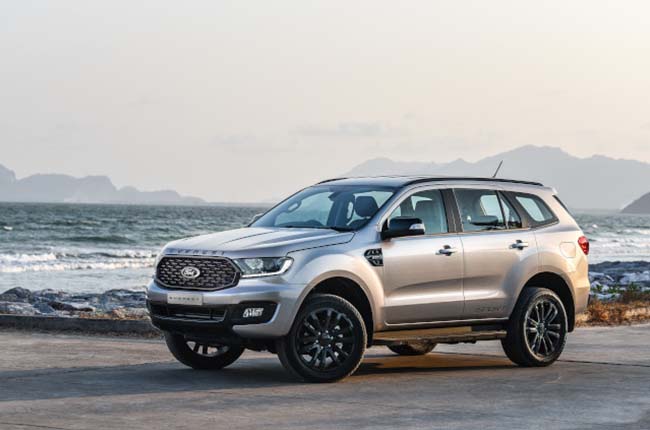 The Ford Everest Sport presents itself as the more value-oriented option in the lineup. Not only does it come with similar features as the Titanium 4x2 variant it also comes with the same engine and transmission. To add to that the Sport variant is cheaper by P127,000 making it the more attractive purchase among the model options. Not only does it come with similar features to the Titanium 4x2 it also comes with a more affordable price point making it the all more desirable variant. It also gives black accents that can help your SUV stand out in a crowd and add a unique appeal to it. It is important to note that while the Sport and Titanium trims are similar you do lose access to power-folding for the 3rd-row seats as well as front parking sensors. Nevertheless, the Sport variant still gives you value for money despite these differences.

However, if you want a 4x4 option then the Titanium variant is for you. Not only does it come with all the bells and whistles it also comes with off-road capabilities thanks to its terrain management system.

Whichever variant you choose from the Ford Everest will be an ideal fit for whatever needs you to throw at it. With over 50 Ford dealerships at the ready, parts and servicing will not be a problem. If you want to get your hands on any of these variants as soon as possible we highly recommend using our Buy Online function for a smooth and easy purchase without leaving the comforts of your home.