Ford Philippines invited us on a media drive to test out the Ranger XLS 4x4 and XLT 4x2. These two variants of the popular pickup serve as the entry-level and mid-tier variants of the vehicle. While not as powerful as the Wildtrak, these use the much older 2.2-liter turbo diesel engine. Nonetheless, the 2.2-liter engine performed well and barely broke a sweat when it came to the activities During the drive, I was able to drive both the XLS and XLT. We were able to test out the business aspect of these built tough pickups. Our first stop from the hotel was Ford Pampanga. When we arrived at the dealership, it had an almost complete lineup of Rangers on display. Everything from the mighty Ranger Raptor down to the 4x2 AT Ranger XLS was on display. The dealership itself was also celebrating its 20th year anniversary. There was even a bonus display of a Ford Model T at the back. With such a historic vehicle on display, it was able to steal a bit of the spotlight away from the Ranger. After our dealership stop we headed out to a hardware store, there we loaded car number one a Ranger XLT variant up with 20 bags of cement. The cargo equated to about 800kg worth of load. We then had to bring the cement all the way to a construction site not too far from the store. Since I was the designated driver for this section of the drive, I got to experience how the truck would handle with and without a load.

Adding the 800kg of weight didn't change the driving dynamics of the Ranger much. The steering was still light and communicative, the brakes were still strong and reassuring, and the suspension still delivered a comfortable ride. It goes to show that even with a heavy load, the Ranger still rides and handles well. 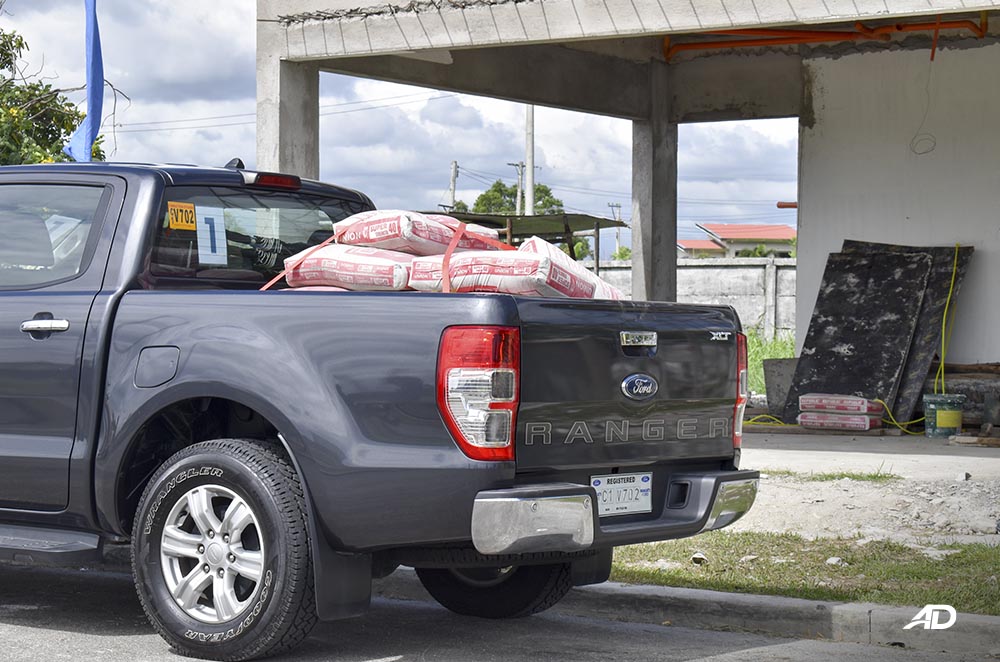 We reached the construction site and unloaded the pickup. While the unloading was underway, we had a chance to talk to a “typical” Ranger XLT customer. She shared her experience of owning the vehicle and how it helped her architectural and construction business. She even boasted that on one of her construction site deliveries, her Ranger was loaded up with 32 bags of cement – that’s 12 more than what I drove to the site. 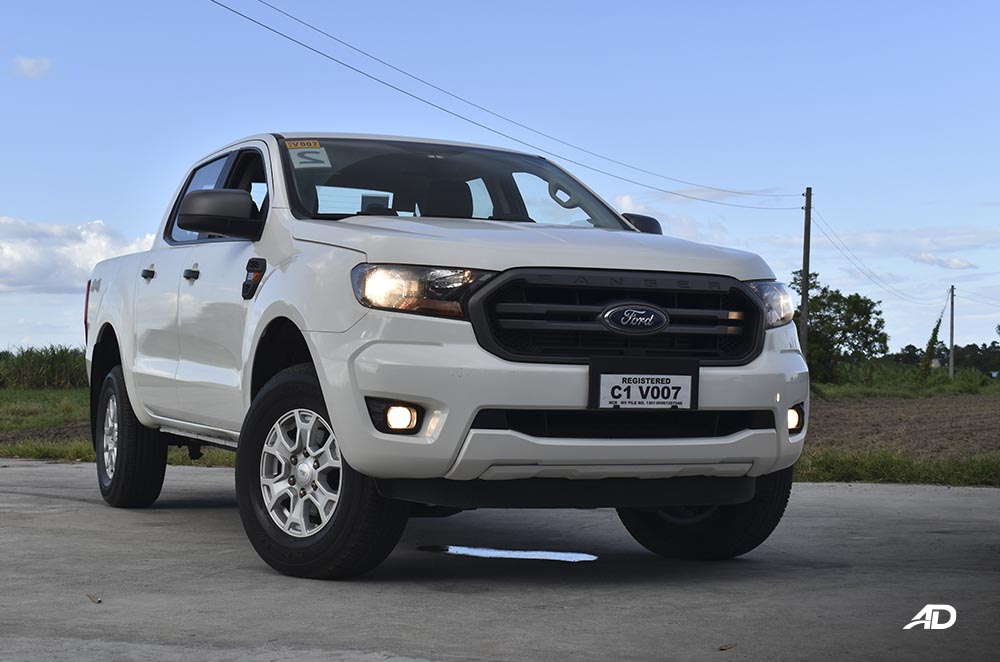 Our next stop on our drive was a rice mill and a farm. This time around, we switched cars and I got to drive the XLS 4x4 variant of the Ranger. Having no prior experience driving a Ford manual transmission vehicle, I was quite surprised how easy the XLS was to drive. The shifter didn't vibrate or jiggle like a typical diesel manual. It was smooth and easy-to-shift, entering gear easily and precisely, characteristics you would normally find in a car. The clutch takes some getting used to, though. The biting point is on the high side and its activation can be rather abrupt. Once you get used to it, things become easier and a whole lot smoother. For this leg of the drive, we would again test the loading capacity of the Ranger, as well as see what the pickup could do in terms of towing. Our first stop was a rice mill there they loaded up the pickup with 10 pieces of binhi rice each weighing 50kg, 10 pieces of corn weighing 50kg each, and finally 8 pieces of 25kg bags of rice. The whole load totaled up to 800kgs. The same load as the cement put into the XLT but more in terms of volume of goods.

This time, however, I wasn't driving but I was able to ride as a passenger. The same weight I felt in the XLT presented itself in the XLS. Even as a passenger, you could feel the weight of the vehicle. It was heavy but it didn't seem to phase the vehicle. From the rice mill, we headed towards the farm. Here the Ranger had to go through tight roads, dirt, and uneven pavement. Despite the weight penalty, the ride was still smooth and comfortable We arrived at the farm, took a couple of photos and unloaded the Ranger. The next activity was towing. This time around, the Ford guys did the work. The harvester was so heavy, in fact, that it almost lifted the rear of the XLS Ranger. While 4x2 would struggle to get traction in this scenario, thankfully the XLS was a 4x4. The driver placed it into 4-Low and proceeded to drive the pickup as if it was unburdened by the weight. It goes to show that while the 2.2L engine isn't as strong as the newer 2.0L single and bi-turbo power plants, it is still more than capable of meeting the needs of a pickup owner. A surprising takeaway from the experience was the fuel efficiency. The XLS did 12.3 km/L after all the heavy lifting was done, it would later increase to 12.8 km/L after we did a highway stretch. The XLT didn't disappoint either as it got 12.7 km/L for the first activity and 14 km/L on the way home.

Overall the experience was great and Ford Philippines did an excellent job of showcasing what the Ranger XLS and XLT variants could do. These pickups even in their entry and mid-tier variants are more than capable machines ready to suit almost any business owner that might need them.