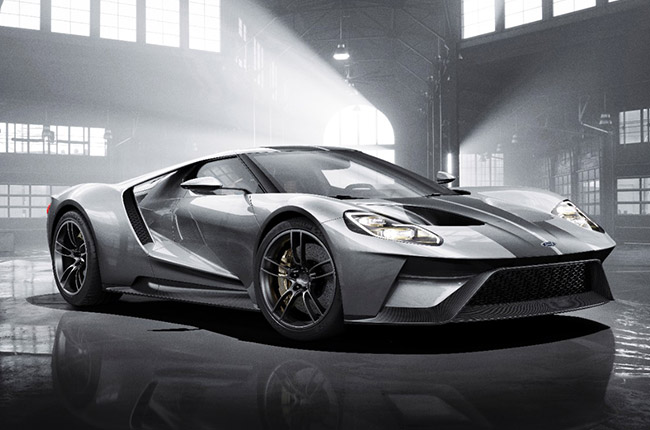 Ford’s premier supercar gets a nod for its aesthetics from the New England Motor Press Association (NEMPA), hailing the 2017 Ford GT as the recipient of this year’s Gene Ritvo Award for Design and Excellence.

“It’s an honor to receive this award, an accolade that the entire team behind the all-new Ford GT can [be] proud of,” said Moray Callum, Vice President, Design at Ford Motor Company.

The 2017 Ford GT is the latest iteration of the brand’s supercar that was born out of the GT40 of the 1960s. Its body is made of an aluminum subframe, enclosed in a carbon fiber teardrop shaped body that reduces drag.The 2017 Ford GT is powered by a 3.5L V6 gasoline engine capable of 600 hp coupled to a 7-speed dual clutch transmission.

On why they decided on the Ford GT as the winner, NEMPA President Craig Fitzgerald said that it’s “the future in the present, but it never strays too far from the proportions that made the GT40 an instant classic.”

The recipient was determined by NEMPA, in cooperation with Boston’s Museum of Art and experts from Larz Anderson Auto Museum. It is given to commercial cars, concept vehicles, a marketing campaign, or a particular component of an automobile that embodies elegance in every design aspect.

This is the second Gene Ritvo Award for Ford, the first received by the redesigned Fusion in 2012.

To know more about Ford and its vehicles, visit the AutoDeal Car Guide.