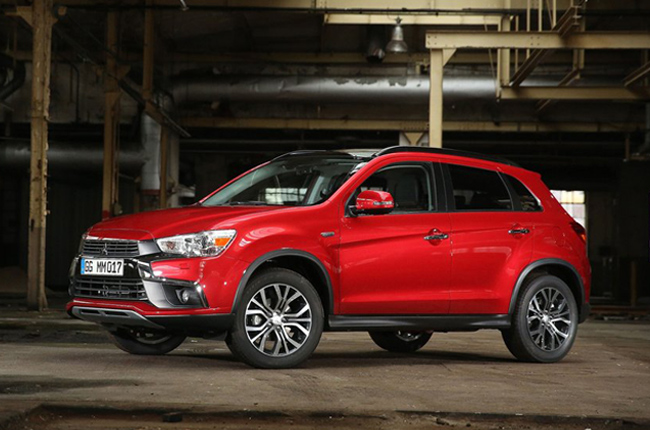 Mitsubishi Motors Philippines Corp. (MMPC) made a rather sneaky announcement that the 2017 ASX is now available in the market. It has 2 variants, the GLS and the top-of-the-line GSR.

At first glance, one can’t help but notice the ASX’s new fascia. Thanks to the brand’s signature ‘Dynamic Shield’ design concept, it looks tougher and more aggressive as compared to its predecessor. Moreover, the ASX’s revamped face shares some similarities with the look of the Montero Sport. Yup, there’s a slight trace of Monty’s front there. Inside, the ASX features a black interior theme along with a white-on-black instrument cluster, automatic climate control, and a 6.75-inch infotainment system. It also has a 3-spoke leather-wrapped steering wheel with paddle shifters. Under the hood, the ASX is fitted with the same 2.0L MIVEC gasoline engine mated to a continuously variable transmission (CVT) that can put out 150 hp and 197 Nm of torque.

The GLS variant of the ASX is priced at P1,195,000 while the GSR is P1,295,000. It is available in the following exterior colors: Sapporo Silver, Sonic Blue, Amazon Red, Virgil Gray, Biscuit White, and Carbon Black.