Kia Philippines launched its newest entry into the competitive crossover segment, the 2020 Seltos. The vehicle features a futuristic boxy design, making it stand out within the local Kia vehicle lineup.

The all-new Seltos features a dual-level layout. The main headlights are located on the top portion while the lower level serves as the location for its signal and daytime running lights. The location will change depending on the variant but the concept remains the same. The vehicle is available in three variants the LX, EX, and SX. The LX serves as the entry-level variant and misses out on LED headlights. It instead gets position lamps and projector halogen headlights. These are located at the bottom of the dual-layer headlights. The lower light housing has more space to put projectors into rather than the top. Unlike the EX variant, it doesn’t get LED fog lights but instead gets a halogen blubs. Aside from these minor differences on the outside, the LX variant looks similar to the rest of the lineup. The LED taillights are also absent from the entry-level model. 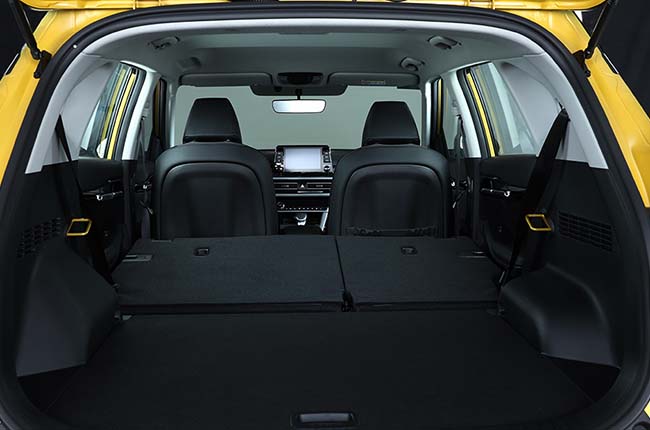 The Seltos’ interior is about the same for all variants save for the SX trim which gets a leather-wrapped steering wheel and leatherette/cloth interior. All other variants come with black and gray cloth interior. For entertainment, all variants get an 8-inch touchscreen with Android Auto and Apple Carplay. Sound is sent through the car via 4-speaker plus 2-tweeters speaker setup. It also gets a backup camera as standard making parking the vehicle much easier. On top of the backup camera, the SX also gets rear parking distance sensors. Cruise control is present in both the SX and EX models but is missing in the LX variant. Standard across the entire model line up is the engine, transmission, wheels, and infotainment. The Seltos can only be had with a 2.0-liter Atkinson-cycle gasoline engine and an Intelligent Variable Transmission (IVT) – Kia’s version of the CVT. The engine produces 147 hp and 179 Nm of torque.