Mitsubishi Montero Sport fans, you only have a few more days to wait until a new facelift from Mitsubishi Motors comes to South East Asia. The first country to announce the availability of this facelifted model will be Thailand. Mark your calendars as on July 25, 2019, this unit’s unveiling will happen.

In a video posted by Mitsubishi Motors Thailand, quick cuts and low lighting alluded to the changes that were made to this popular midsize SUV. Otherwise known as the Pajero Sport in other regions, our country can expect the same face to appear on our future local Montero Sport units. The new face is now more angular and chiseled, reminiscent of the current generation Strada. The headlights appear to be similar to the outgoing Montero Sport. It looks as if the same projector headlamps will be seen on the newest model. The DRLs are also shown here, and now with an extra row of LEDs. 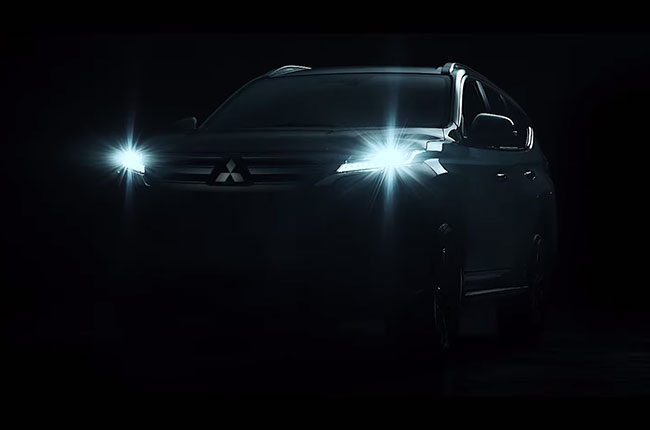 The bumper appears more angular than before. The fog lamp housings can no longer be found on the bottom end of the bumper, but instead, it is located at the cheeks. A revised grille also makes its debut on this facelift, which features solid bars without any indentations. The rear taillights appear to have undergone a slight change. There are some revisions to the LEDs inside the housing. The bars are now thicker but still retain the elongation that made the Montero’s rear end an acquired taste to many. The gauge cluster is now going to be an all-digital affair. The previous generation had two dials flanking a small digital display. Now, this new edition will feature a fully digital display that can show the driver almost anything he needs to see.

At any rate, the launch event will be held for the Thai domestic market. No word from Mitsubishi for now, but we’re excited to see the facelift in person and in the metal soon.