The Nissan Sylphy (Sentra in the U.S. market) was initially introduced to the public during Auto Shanghai last April. Now its time for the United States to get a taste of the Japanese compact sedan.

The all-new Sentra now rides on a new platform. It now reduces the car’s height by 2.2 inches but extends the width of the vehicle by 2 inches. The Japanese sedan now has a more prominent stance as well as better proportions. 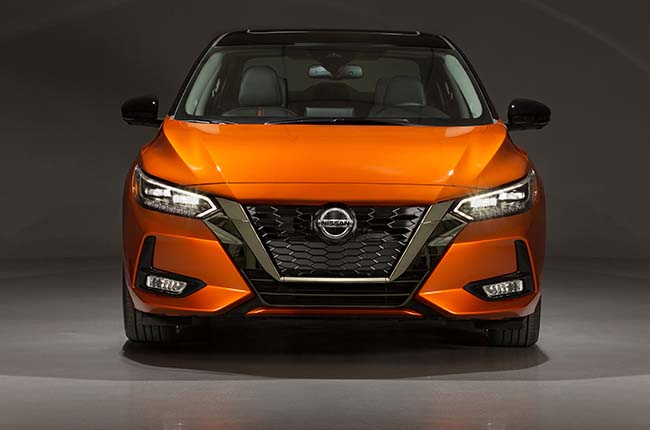 The 2020 Sentra now features the Japanese brand’s signature design language, accentuated by a V-motion grille. The front is aggressive and angular, thanks to a longer looking hood coupled with hood lines that further add to the look of the vehicle. On either side of the grille are slim LED headlights. The LED headlights are variant-specific, but there are different lighting options that still fit the same housing. At the bottom are LED or halogen fog lights that come in a black-accented angular housing, again these are variant-specific. 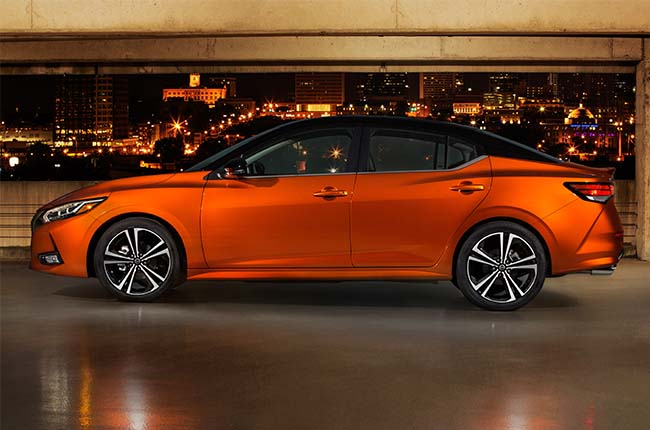 Moving to the side of the vehicle, the fender lines extend to the A-pillar and past the side mirrors. A belt-line can also be seen to break the monotony of the side profile of the vehicle. At the rear, the fender arches extend from just before the door handle all the way to the rear tail lights of the sedan. In its monotone configuration, a black accent can be seen at the C-pillar that gives the vehicle an illusion of a floating roof. In its blackout roof version, however, the visual effect is less evident. Opting for the range-topping SR variant gives you a rear spoiler, black-painted side mirrors, 18-inch alloy wheels, and a darker chrome treatment for the V-motion grille. Lower variants get 16-inch wheels instead. Over at the rear of the vehicle is a boxier design. Its taillights are redesigned and feature a new horizontal layout, with two LED bars that terminate in an arrow ahead at the end. The rear bumper gets a new diffuser design that can either be color-keyed or can come in black. Accent lines can also be found at the rear quarter of the vehicle giving the look of the back end more depth and shape. On the inside, the all-new Sentra gets a blacked themed interior that comes with accent stitching. The center console has been revised. It is now slightly taller and which now meets the level of the center armrest. Where things really start to differ is the infotainment system and air vents. The air vents are now circular in design, as opposed to the rectangular ones of the previous model. It now comes in a set of three instead of two. The infotainment system location has been changed from the middle of the dash to the top. The infotainment comes in two options. The first is a 7-inch touchscreen, while the other is an 8-inch. The 7-inch version, unfortunately, doesn’t come with Apple CarPlay and Android Auto, but the 8-inch does. Right below the infotainment system is the dual-zone climate controls. Underneath them are a USB Type-C, a regular USB, and a 12V socket. Steering wheel audio and cruise control buttons are present in the vehicle.

Under the hood of the all-new vehicle is a more powerful 2.0-liter four-cylinder engine. This replaces the older 1.8-liter powerplant. The new engine produces 149 hp and 197 Nm of torque. The new engine also utilizes “Xtronic” continuously variable transmission. Nissan says that the fuel efficiency of the vehicle has improved but has not yet released official figures.

There is no official word yet if Nissan Philippines will bring back its popular nameplate into the country. But with the attractive specifications of the vehicle, it would make for an exciting comeback – or the company could also opt for the Sylphy name as it is doing today.