After almost two decades of being in the back burner, the Toyota Supra is now officially on Philippines shores. Filipino fans and enthusiasts would be delighted to know that the Japanese sports coupe has been brought closer to reality, with only millions of pesos and reservation lines standing between them. Even better, the Supra has undercut its rag-top twin brother, the BMW Z4, when it comes to pricing. 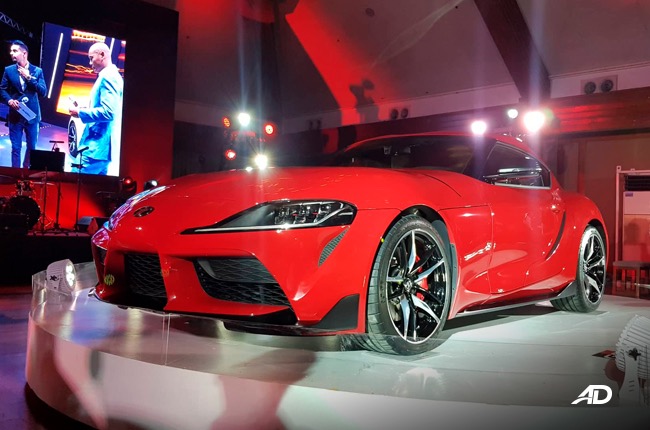 The fifth-generation sports coupe that entered the Philippine market is the Euro-spec version – the same one that we saw in Clark last month, characterized by the Toyota nameplate at the rear, above the iconic Supra badge. Beyond that, the sole variant 2020 GR Supra gets all the goodies you could get on the coveted sports car.

Up front, the three-over, three-under LED headlights will immediately call your attention, along with the LED turn signals. The arsenal of LEDs continues throughout the vehicle, including the taillights, reverse lights, rear fog lamps, and stop lamps. The outer door mirrors, on the other hand, are heated and power-folding. The two-tone forged aluminum wheels measure 19-inches in diameter. 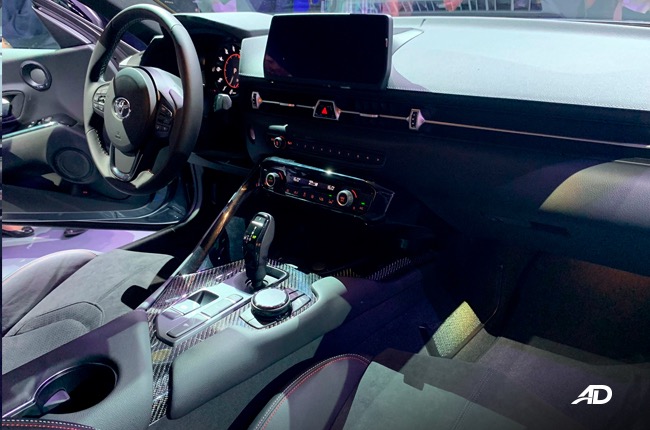 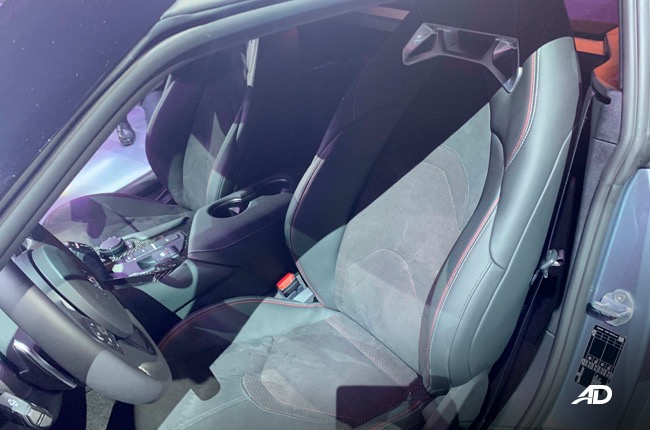 Inside, the Philippine-spec Toyota Supra gets an all-black affair. The two Alcantara sports seats are power-adjustable, as well, plus carbon fiber trims populate the cabin accents. The three-spoke leather steering wheel is tilt-adjustable and telescopic, while both the floating head unit and instrument cluster measure 8.8 inches. The sound from the head unit is routed to the 12-speaker JBL system. 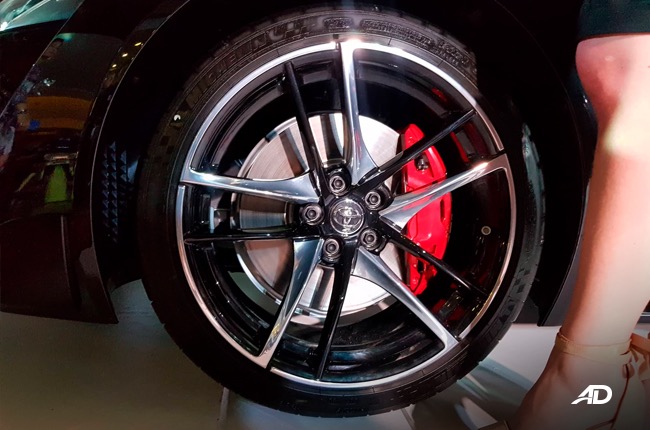 Performance-wise, Toyota Motor Philippines specced the MkV Supra with adaptive suspension setup. Disc brakes at the front and rear take care of halting, with 4-piston and 1-piston calipers, respectively. A limited-slip differential is also made available for added traction under demanding road conditions.

Under the 2020 Toyota Supra’s hood resides a 3.0-liter twin-scroll turbocharged BMW engine that produces 335 hp and 500 Nm of torque. In classic Supra fashion, these figures are sent to the rear wheels, albeit, via an 8-speed ZF automatic transmission rather than the purist’s preferable manual stick shift. In terms of safety, the Toyota GR Supra gets a tire pressure monitor, a complete set of airbags including the driver’s knee, heads-up display, Vehicle Stability Control, ABS, cruise control, and traction control. The touchscreen infotainment also doubles as the display for the reverse camera.

As we’ve mentioned before, the 2020 Toyota Supra comes in one variant only but the prices depend on the color variant you’re getting. Of note, only a few units of the Matte Storm Gray made it to the Philippine market, which means it’s a rare sight to behold – if you’re in luck to see one.

Here are the available colors for the Toyota Supra and their corresponding price tags: