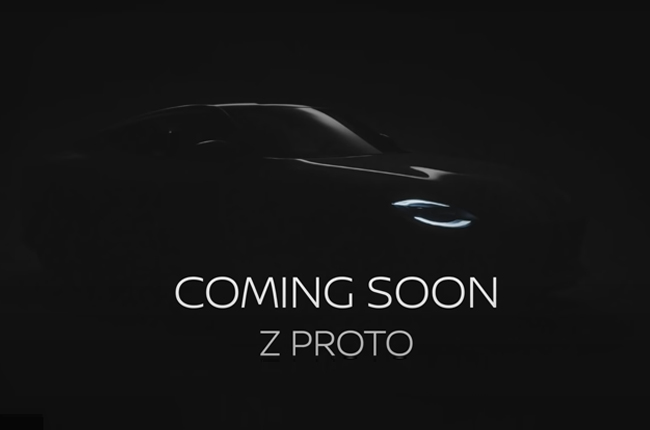 The Nissan Z series of sports cars has been one of the brand’s more popular offerings on the market. While the same can still be said for the Nissan 370Z the chassis and technology behind it is aging. As such Nissan Motor Corporation has decided to make a successor that will carry on the legacy of the nameplate – the 400Z. While initially thought to be soon revealed on September 16, 2020, it turns out the Japanese automaker will only be showcasing a prototype.

While it's not the actual car itself at least it can help interested buyers and fans set their expectations for the upcoming model. The production version of the vehicle will still be revealed sometime in 2022 as stated in other reports. To ease the wait Nissan has released a short teaser video with the silhouette of the sports car. While shrouded in shadows it doesn’t reveal much aside from the headlights. The lighting elements combined modern LED technology with the styling cues of the original Nissan Fairlady 240Z. Aside from that Nissan hasn’t released any new information with regards to the much-awaited vehicle. It did state, however, that the new car is “reawakening the Power of Z with the new Nissan Z Proto, combining 50 years of passion and heritage with modern technology.”

As for the teaser itself, it mostly revolved around the heritage of the Z nameplate as it looks toward the future with an updated “Z” logo. It is important to note that Nissan has also updated its corporate logo as well as the Nismo badge as the brand enters its four-year plan to get back on track in terms of sales and marketing. Nissan has also released another teaser in the form of a sketch of the rear of the upcoming Z model. The sketch was posted on Instagram by the Senior vice president for Global Design, Alfonso Albaisa. The drawing showcases the vehicle’s rear quarter with a focus on the taillights that hark back to the design of the 300ZX (Z32). From the drawing alone this reveals that the next-generation Z will at least be getting rectangular-shaped tail lights.

While the exact details of the next-generation Z car are still unknown, the 400Z is expected to be heavily based on its predecessor the 370Z rather than an all-new development. Power-wise the all-new vehicle is expected to push 400 hp or more depending on the variant via a twin-turbo 3.0-liter V6. The engine is rumored to be an adaptation of the motor found in the Infiniti Q60 Red Sport 400. Transmission options have still not yet been confirmed, however, we speculate that it will come with either a 6-speed manual or a 9-speed automatic transmission.