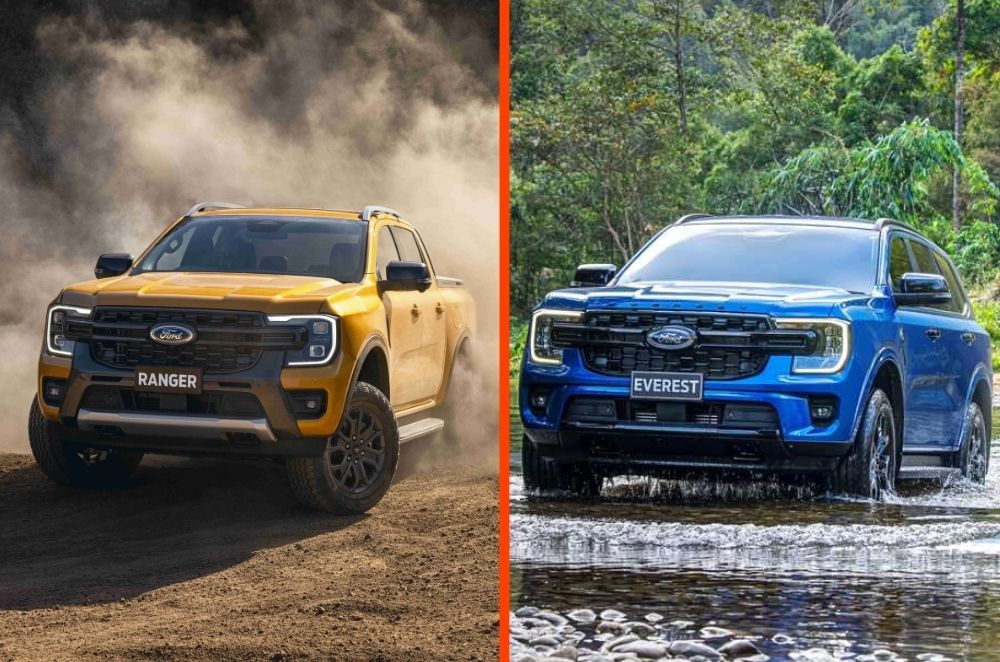 Ford Philippines has officially confirmed the pricing and variants of the next-generation Ranger midsize pickup truck and Everest midsize SUV. The news comes ahead of the local launch set for July 28, 2022.

The next-gen Ford Ranger will be available in five trim levels and eight variants. It starts at P1,198,000 for the fleet-oriented, manual-transmission, base XL 4X4 model. The XLS 4x2 MT features an identical price tag. The pricing goes up swiftly from there, with the automatic XLS 4x2 available at P1,273,000. There is only one XLT model, effectively the mid-range variant, coming in at P1,374,000.

The better-equipped Sport and Wildtrak models breach the P1.5-million mark on the way to the top-spec Bi-Turbo variant. The most expensive model is also the only one to feature two turbochargers. It will be available for P1,875,000.

Meanwhile, the next-gen Ford Everest will be available in five distinct trim levels and variants. Gone is the Ambiente model from the previous generation, replaced with the new Trend 4x2 AT as the base model, starting at P1,799,000. The Limited model will cost P1,999,000, with the Sport getting a P2,089,000 price tag. The Titanium+ models will set you back P2,179,000 and P2,495,000 for the single turbo and Bi-Turbo variants, respectively.

Stay tuned for the launch of the 2023 Ford Ranger and Everest happening on July 28, 2022. We’ll be covering the launch with a barrage of new articles, videos, and reviews. Soon you can buy your next-gen Ford utility vehicles on AutoDeal to get the best deals and promos in the Philippines.