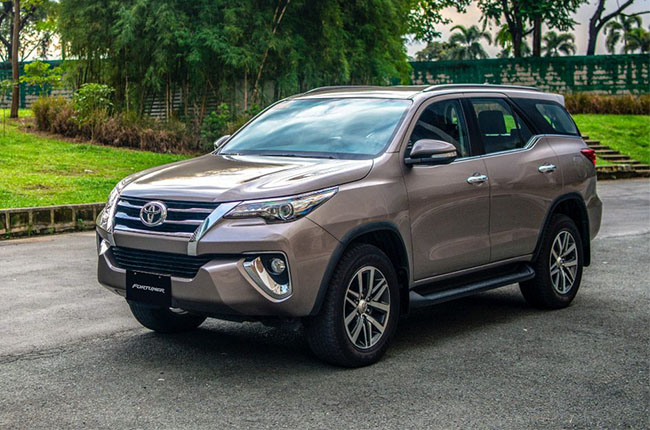 Apple CarPlay and Android Auto finally made its way into the Toyota Fortuner lineup. The two smartphone mirroring apps will be coming in the form of a new AVT 2DIN head unit for the SUV that will be supplied by AVT – Toyota Motor Philippines’ long-time partner. The smartphone mirroring app supported head units have already been available in the Fortuner lineup since August of 2019. There is no word yet on which model will next receive the smartphone app mirroring functionality

TMP already has a screen mirroring application, however, which can be seen in the all-new Corolla Altis dubbed T-Link. T-Link system will literally mirror the screen of your device in its given screen orientation with the help of Bluetooth. While the system itself isn't perfect and may lag depending on what device is connected, it is still a decent option for those who want to mirror their smartphone to the vehicle’s head unit.

Where T-Link falls short, however, is in brand-specific app integration like Siri and Google Assistant. Apple CarPlay and Android Auto take it a step further and lets the user use voice commands to activate these applications on the vehicle’s head unit in the same manner as a smartphone. For those who aren't familiar Apple CarPlay and Android Auto are smartphone mirroring applications. These two are programs are made by Apple and Google respectively and act as a way for your smartphone to interface with your head unit inside your vehicle. The program activates once you connect your phone to a compatible head unit system. The two systems do more than just mirror your phone’s functions, they offer other ways to interact with your device that lets you focus more on the road.

In the case of Android Auto, it lets you call and receive notifications much more easily and it even features an inbuilt Google Maps integration as well. The system also uses voice commands via the Google Assistant feature and activates with by saying the phrase “Hello Google." The system also lets you stream music via Spotify or other music-related apps from your phone.

Over on the Apple side of things, it works in a similar way but with a different home screen and other highlighted features. While Google has its Google maps as its default navigation system, Apple CarPlay may opt to choose Waze or use its proprietary Apple Maps instead.