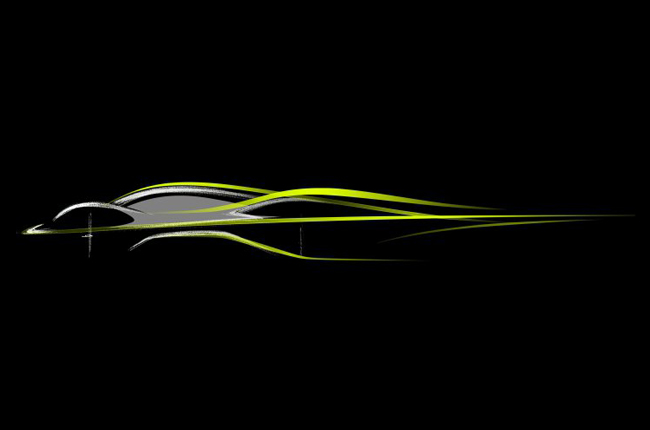 Dubbed as Project AM-RB 001, the car will embody Aston Martin’s sports car design DNA with RBR’s state-of-the-art technologies honed from their years of experience in motorsports. This will also open doors for the said chief officers to give everything they’ve got and stretch their engineering prowess to mold the car into something that will excite the consumers as much as the racing aficionados.

For RBR, their Red Bull Advanced Technologies will be of big help as it comprises their best aerodynamics and composite build teams. All the teams’ creations will function and be cloaked under Aston Martin’s modern body styling courtesy of Reichman who manned the design of such cars as the DB11, Vulcan, and One-77.

We are in the process of developing a hypercar that combines the latest in aerodynamics from F1 and the stunning design language of an Aston Martin. The opportunity to collaborate with Adrian (Newey) and Red Bull Advanced Technologies will be a fascinating experience for everyone involved. Unconstrained by F1 regulations, we have a unique chance to create a car in its most efficient form that will represent the ultimate fusion of art and technology," said Reichman.

Newey followed through with a statement that said, “Since childhood, I’ve had two goals in life – to be involved in the design of racing cars, and to be involved in the design of a super car. The opportunity to now develop those ideas with Marek and Aston Martin is tremendously exciting. It allows us to translate the technology we have developed in F1 into a new arena."

This partnership echoes on this year’s F1 season as the iconic Aston Martin logo is displayed as part of Red Bull Racing’s RB12 challengers’ liveries.

To find out more about Aston Martin and their locally-available models, check out their AutoDeal Car Guide.