Chery Auto Philippines, locally distributed by United Asia Automotive Group Inc. (UAAGI), introduces the new Chery Arrizo 5e. While it may look like your average sedan, this model is actually a fully-electric vehicle, which is a rare offering in the Philippines. 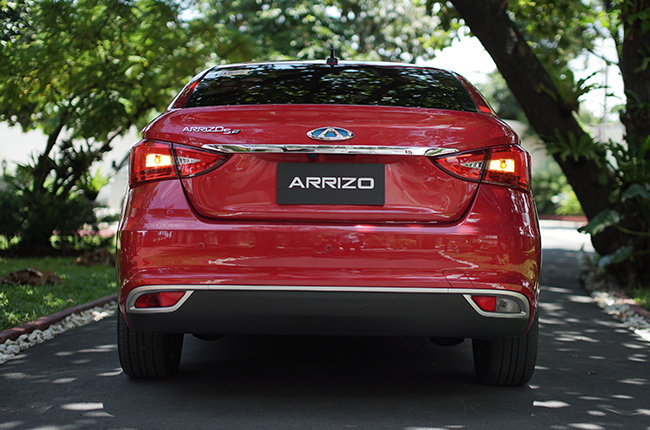 The Arrizo 5e zero-emission is a compact sedan that does not sacrifice sleek looks. For the exterior, it has neat touches of chrome and black accents to further highlight its smooth design. Upfront, you’ll immediately notice those sweeping headlights which give it a refreshing look. There’s also a sporty front bumper where the LED daytime running lights are cleverly positioned. The rear has those wraparound taillights which do add that touch of class. Lastly, its overall look is then complemented with a set of nice, machine-finished rims. Stepping inside the Arrizo 5e’s interior, you’ll immediately notice a futuristic, well laid out cabin. It’s rich in tech actually, you’ll see two screens, specifically the 9-inch infotainment system and the smaller 8-inch touch panel for the climate controls. Notably, the gauges are fully-digital, and as expected, you’ll also find a start-stop button for added convenience. Lastly, 65% of the Chery Arrizo 5e's cabin is covered in leather, including the seats, and the interior theme follows a two-tone layout, giving it a more upscale look.

This vehicle is powered by an electric motor with a 53.6 kWh lithium-ion battery pack. It is able to produce 158 hp and 250 Nm of torque, that’s quite a lot of numbers for a sedan of this size. Notably, it can also do 0 – 100 km/h in 3.8 seconds. Also, this electric powertrain is good for 401 km on a single charge. In fast charging mode, the brand claims that the car can be recharged from 30% to 80% in just under 30 minutes. While on slow charging mode, the battery can be fully charged in 7 to 9 hours.

Safety and security features of this EV include the basics, such as 6 airbags, Anti-lock Braking System (ABS), Electronic Brakeforce Distribution (EBD), and Electronic Stability Program. Moreover, you also get other nifty features like a 360-degree around-view monitor and tire pressure monitoring system.

This model will be made available via indent order, therefore, Chery Auto Philippines is not expecting for it to immediately drive sales numbers significantly. As for price, the new Chery Arrizo 5e is expected to be priced in the P1.9 million range.