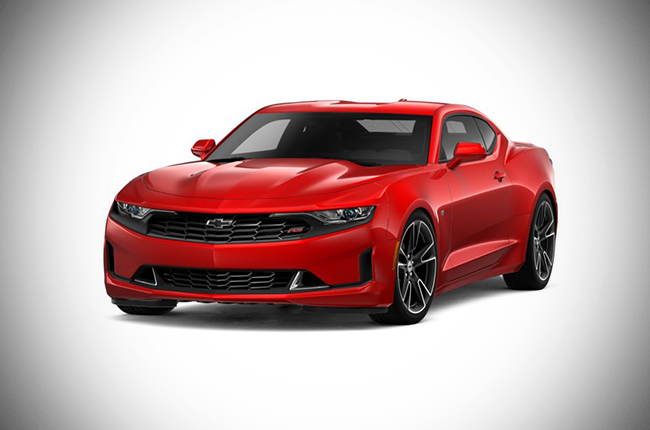 The Camaro is coming, and Chevrolet Philippines is presenting it officially at the Manila International Auto Show (MIAS).

Chevrolet has been updating its recent lineup of cars. Like the Malibu, which comes with a healthily turbocharged motor that makes 250hp, making the executive sedan peppier than most. Looking to inject excitement into its lineup, Chevy will be debuting one of its most iconic models with the 2019 Camaro.

The month of April will mark the official entry of the Camaro to the Philippines. With the Mustang making waves and doing well with a refresh to the already compelling platform, Chevrolet figures it can give the other pony car a run for its money. It is impossible to not draw any comparisons between the two models when they are being sold side by side. And boy would it be great to do a comparo on these two.

The teaser image shows some telling specifications of the Camaro. For starters the front facia featured in photo shows an LT or LS variant. The LT trim is equipped with Chevy’s 2.0L Ecotec engine. Capable of 275hp, the turbocharged 4-cylinder comes as standard on the entry-level models of the Camaro in the United States. It would make sense for Chevy to bring a 4 popper Camaro to the Philippines considering the Ecoboost Mustang is being sold here. Or perhaps the 3.6L V6 engine will make an appearance here since the exterior styling of the car in the teaser images match that of the LS variant, also found stateside. However, it is unknown whether the SS model will make a debut, featuring a 6.2L V8 engine capable of 455hp, the exterior styling of this trim is significantly different from the one shown in the teaser photo. One thing seems to be certain for Chevy however – the addition of an RS badge on the front grille signals to fans that Camaros here could be decked out with Chevy’s RS package. The package includes 20 inch wheels, LED headlamps with an LED light bar, dark tail lamps, black front and rear bowtie emblems, and RS specific grille.

For body styles, a convertible may make its way into the lineup for 2019, putting it in contention with the Ford Mustang convertible released last year. The main question on our minds is, will we hear a spooling turbo, or roaring of a V8, or both? Stay tuned for MIAS Camaro coverage.