Chevrolet is hard at work at bringing a more affordable electric vehicle (EV) to the market. The new EV could reportedly be similar in size to the Equinox, a compact crossover and one of Chevy's most popular models. While its exact dimensions are yet to be revealed, we can speculate that it will be larger than the Tracker that’s currently being sold in our market.

When it hits showroom floors, the yet-unnamed EV will retail at the $30,000 range. Directly converted to Philippine pesos, that's about P1.5 million, which is a relatively affordable proposition for an all-electric crossover. That price tag would significantly undercut the Bolt EV that currently starts at $36,500 (around P1.85 million).

It begs the question, is Chevrolet preparing to replace the Bolt with this newest electric model? We'll have to wait for the answer, but we do know that Chevy's new EV will be built on General Motors' Ultium platform. The platform uses GM's proprietary Ultium battery design in a modular and flexible framework. The first models riding on this platform are the new electric Hummer models scheduled to release in 2021 and 2023. 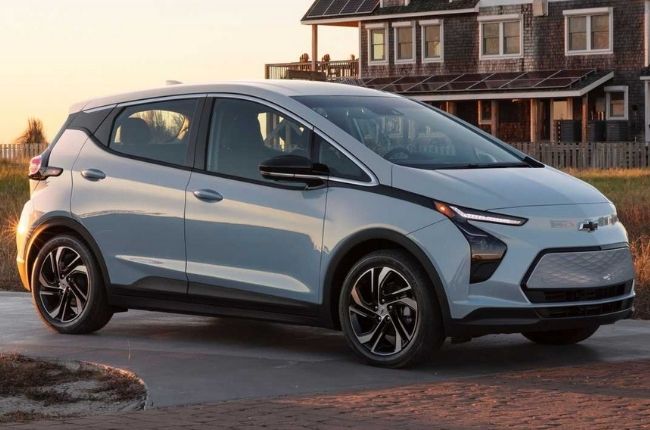 The Chevrolet Bolt is a subcompact hatchback that uses an older platform dating back to 2016. EV technology has advanced in leaps and bounds since then and knowing this, it makes sense for Chevy to transition into a newer and more fluid platform.

The American automaker appears all-in on the electric revolution, as it has solid plans to introduce up to 30 new EVs by 2025. These plans include an electrified Silverado set to rival Ford's F150 Lightning and the newly-released Rivian R1T.

As for Chevrolet's newest electric compact crossover, not much is known for now. All we know is its price point and similarity in size to the Chevy Equinox. Much would have to happen for Chevrolet to release this model in the Philippines, as we sorely lack the necessary charging infrastructure. If it launches in the Philippines, the EV may not carry the same converted P1.5-million price tag.