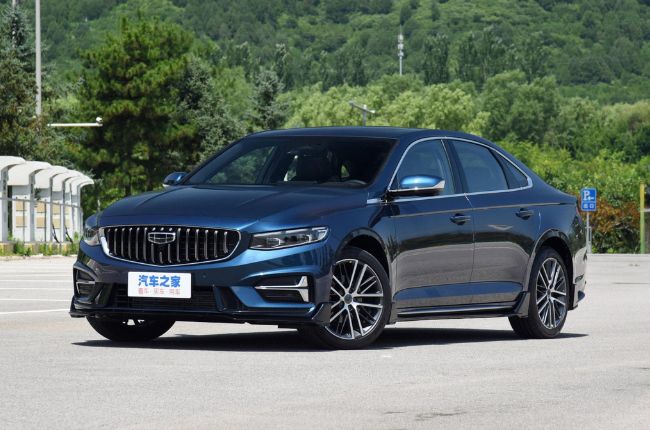 Geely has just launched the 2023 Xingrui midsize sedan in China. The Xingrui is also known as the Preface globally. With it being nearly half a year since Geely Philippines launched its very first sedan, the Emgrand, could the new Preface be in the cards? The Geely Preface could be a formidable rival to the likes of the Honda Accord and Toyota Camry. Geely would likely attempt to undercut the pricing of its more established rivals to pull in new customers, all while offering best-in-class features and sophisticated styling. For the 2023 model year, the Geely Preface undergoes a minor facelift to improve its overall design. On the outside, we see Geely has changed the Preface’s grille from an interpretation of the Expanding Cosmos design to an Energy Pulse grille like the Emgrand.

The LED headlights look pretty much the same, and there is new chrome trim below for a more premium appearance. The sides also look unchanged, but the rear does feature a new quad-exhaust setup that is presumably reserved for a higher variant.

Under the hood, the Geely Preface features a turbocharged 2.0-liter four-cylinder gasoline engine developed by Volvo Cars. It delivers a capable 187 hp at 4,700 RPM and 300 Nm of torque between 1,400 to 4,000 RPM. Shifting duties are taken care of by Geely’s trusty seven-speed dual-clutch transmission (DCT). Stepping inside, you’ll see the Preface impresses with a premium-looking interior highlighted by a mix of suede and leather and blue accent stitching. A pair of massive screens line the dashboard, with a 12.3-inch touchscreen infotainment system joining an information-rich digital instrument display.

With Geely Philippines due to release a brand new model, could the 2023 Preface be the right car at the right time? There’s also the Geely Monjaro, an exciting midsize crossover that looks even more likely to arrive next in the Philippines.