15 Formula 1 (F1) World Drivers’ Championships, 16 F1 World Constructors’ Championships, and 226 F1 Grand Prix wins to date – that’s only part of what made Ferrari a legendary brand. Year-after-year, the Maranello-based supercar maker continues to build on this legacy as they celebrate their 70th birthday with the world.

Ferrari released an emotional video featuring the 1st ever car to sport the Cavallino Rampante also known as the Prancing Horse badge – the 128 S. It’s shown driving around the streets of Maranello, Italy, where its founder Enzo Ferrari opened its doors after the 2nd world war.

The video then “warps” into the present time and instead of the 128 S, it now features the LaFerrari Aperta driven by the Ferrari man himself (digitally imposed, of course). This is interpreted by the brand to be a symbolic passing of the torch of Ferrari’s legacy to the LaFerrari Aperta.

Apart from that, they featured countries such as USA, Singapore, and of course, Italy showing their own version of the Cavalcade — a motorcade of Ferraris stretching as far as the eye can see.

Locally, its official distributor Autostrada Motore, Inc. celebrated this momentous event with their own 23-car cavalcade that started at Shell North Luzon Expressway (NLEX). Crowds flocked the streets (and the cars, as always) as they made their way to the country’s summer capital Baguio. 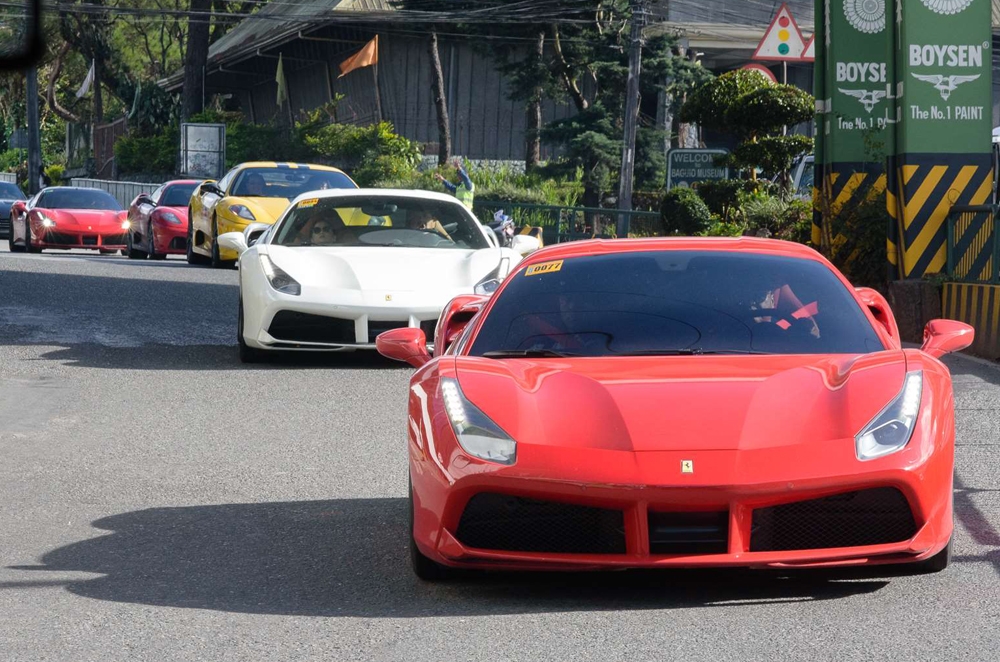 Last August, Autostrada Motore, Inc. also celebrated its 5th anniversary since bringing Ferrari to the Philippines back in 2012. Their party saw a cameo appearance of the 660-hp 488 Spider.