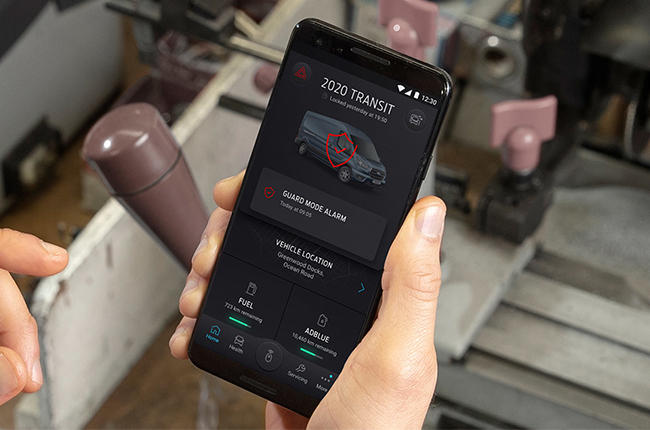 Ford has just released a new feature for its FordPass Pro security app. The phone application now comes with a new feature called Guard Mode and was designed for its vans such as the Ford Transit. As the name suggests, it connects your smartphone to your vehicle’s security system and alerts the owners through notifications and alarms if there is a potential security breach.

The new feature utilizes sensors already installed on the vehicle straight from the factory to detect if someone has opened the hood, trunk, or cargo area. Further, still, it detects if someone enters the vehicle and tries to start the vehicle. On top of this, the app is also able to record every time the vehicle was accessed when its alarm was triggered, and its last known location.

Ford Europe has also stated that it will be putting in a new scheduling functionality to the phone application. This will let the user set a specific time in which Guard Mode will be activated automatically. It will help the user avoid unnecessary notifications when the vehicle has to be used with the application still on and running.

Our vans help keep our customers moving and the tools inside keep them working. FordPass Pro and Guard Mode help owners protect their vehicles—and their businesses—by keeping them one step ahead of the criminals. And this is just the start.
Mark Harvey
Ford of Europe Enterprise Connectivity director He continues by stating that “As all new vehicles now come connected, we see huge potential in developing additional security features to help our customers’ businesses thrive.” Ford also shares that van crime is on the rise in Europe and as such the introduction of the new feature was needed to help prevent such events from happening. While the connected vehicle service is not yet available in the Philippines, it could be coming soon in future models. These features such as the FordPro Pass app could be interesting additions to the local automotive market and could prove to be popular.