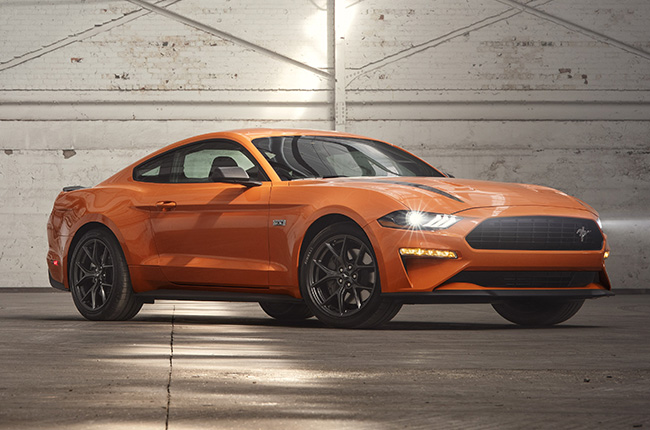 For some people, the thought of buying a turbocharged four-pot Ford Mustang is a bit pointless since the pony car has been known to deliver pure unadulterated power. It doesn’t help that the Mustang 2.3 EcoBoost variant only delivers 310 horses, which are a bit lackluster when compared to the output of the naturally-aspirated 5.0-liter GT variant.

With this in mind, Ford tries to pump up the Mustang EcoBoost trim with the new High Performance package – an all-new option that brings more driving dynamics to the EcoBoost range. 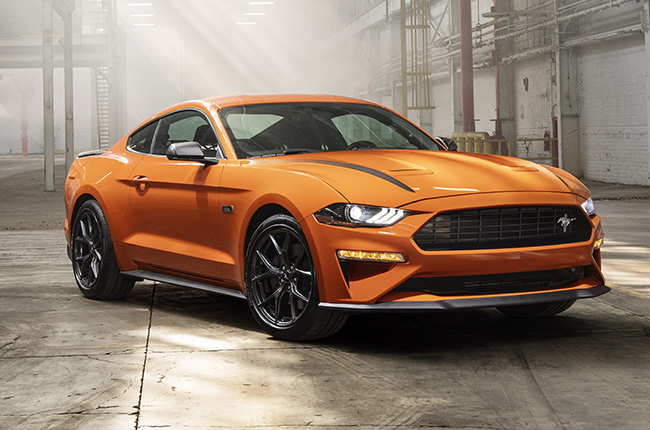 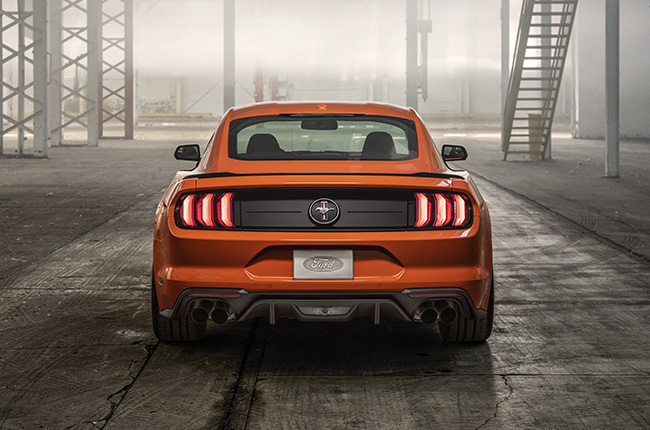 With the 2.3 EcoBoost High Performance package, power output has been raised to 330 hp, which is a bit higher than the current EcoBoost variant. Torque output remains at 434 Nm, though.

While the 20-hp increase in output seems a bit short, Ford said that the slightly-larger twin-scroll turbo compressor gives the 2.3 EcoBoost High Performance package a 40% wider torque range. Aside from that, the engine is calibrated differently, while a bigger radiator and an active exhaust system with quad tips from the GT have been added, as well. Ford believes the new EcoBoost Mustang can do 0 to 97 km/h within the mid-four-second range with the engine updates. The rear-axle ratio is also shortened to 3:55 for a quicker acceleration rate.

The inherited traits from the Mustang GT don't end there. The 2.3 EcoBoost High Performance package also gets the performance and electronics calibration from the GT, along with a larger set of 13.9-inch front brakes and a front strut-tower brace that tightens the chassis. The 32-mm front and 24-mm rear sway bars are also added to help improve the EcoBoost’s handling. 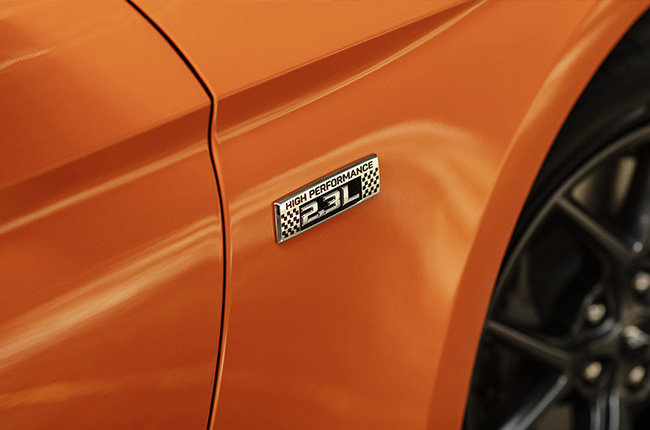 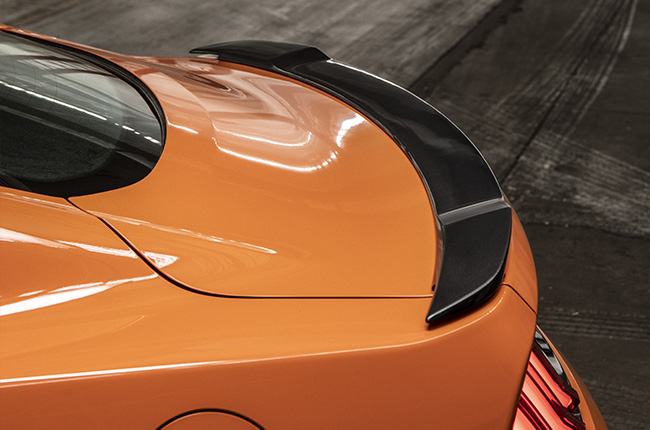 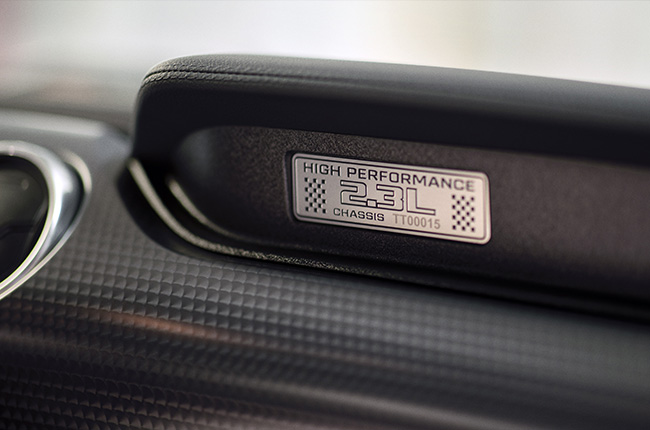 Apart from the mentioned performance niceties, the 2.3 EcoBoost High Performance package gets aesthetic updates, too. Notable additions are the offset tri-bar Mustang badge up front and the 19-inch rims that pair nicely to the fender badging and gray accents all over the car. Four new color options are also added to the range: Grabber Lime, Red hot Metallic Tinted Clearcoat, Twister Orange, and Iconic Silver. Inside, the new EcoBoost variant gets a fresh badge as well, in place of the normal pony badge.

The Ford Mustang 2.3 EcoBoost High Performance package will hit U.S. showrooms by September of this year. As for the Philippines, expect the model next year or the year after that – that’s if Ford Philippines decides to bring it here.