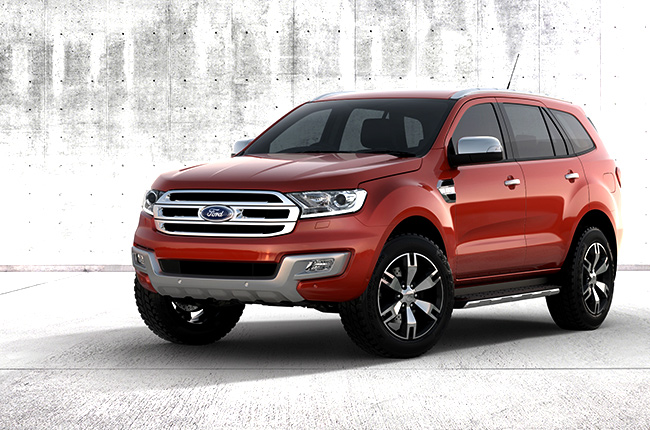 Ford Philippines had a great summer-ender as sales from the month of May 2017 went up by 4% on a year-over-year basis. This is the brand's highest sales for the month of May, with 3,036 units sold. This milestone is led by the Everest, Ranger, and EcoSport, which are the same vehicles to lead the company’s April sales.

This can be backed up by AutoDeal's Online Vehicle Sales Summary for May 2017, where all 3 aforementioned vehicles appeared on the 'Most Popular' chart. The EcoSport and Everest was able to secure the 1st and 2nd spot of the Top 3 Most Popular Buys on our website. In addition, the trio were recorded to be the most popular vehicles in each of their respective segment – according to AutoDeal's sales data.

The brand's flagship midsize SUV Everest was the key contributor of Ford's May sales output. It remained steady from the same month of last year, totalling to 1,061 vehicles sold. It amassed a 4,629 sales on a year-to-date basis, making it still the best-selling vehicle from the American automaker.

The EcoSport, on the other hand, has achieved a 7% year-over-year sales growth. Ford was able to sell 908 units of the subcompact crossover, which can be supported by the fact that it's the most popular crossover purchased on AutoDeal last month. Since January, it rose 20% with a total of 4,241 units sold.

Lastly, the American pickup truck Ranger reached 832 sales or a 6% increase compared from last year. Year-to-date sales for Ford's pickup tallied 3,716 units, which is 11% higher compared from January to May of last year.

Our most popular nameplates – Everest, Ranger, and EcoSport – are continuing to drive our overall sales and helping us stay on track for another record year,” said Ford Philippines Managing Director Lance Mosley.

Aside from the vehicles mentioned above, North American-built Ford models also contributed to the May sales. The Explorer SUV grew sales to 73% from last year with 126 vehicles being delivered out of the dealer. The Mustang also had 31 units out of the showroom.